Carcassonne Winter Edition Arrives In Time For The Holidays 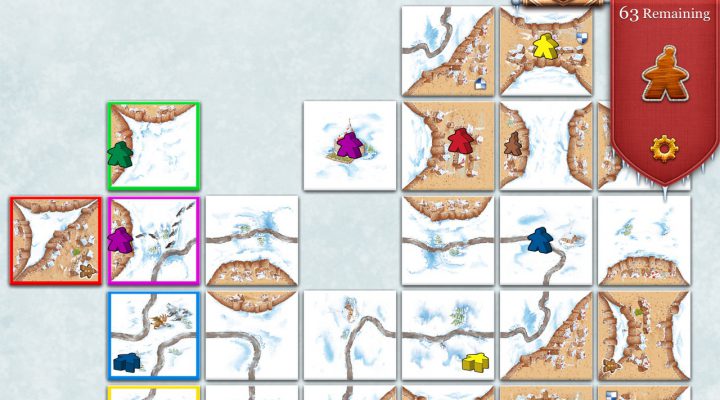 Twenty minutes ago, I had no idea how to play Carcassonne. To me, it was always one of those games that I see sold in Barnes & Noble, stacked on the shelf next to Munchkin and thousand-piece puzzles of windmills in Holland.

Now, after a crash-course in Carcassone thanks to the handsome, baby-faced, Wil Wheaton, and after reading our 5-star review of the iOS game, I feel like maybe it’s time I got around to giving this game a shot. Especially considering a new holiday edition is arriving on December 17th.

Carcassonne Winter Edition is a, “re-imagining of the game with additional cards”, to directly quote the press release. Not only that, but TheCodingMonkeys have also made way for expansions which will double the playset; a feature that has been heavily requested by the community. The expansions will be available in the game as in-app purchases.

Furthermore, the Winter Edition is getting a bit of a graphical facelift, allowing for players to take advantage of their iPhone 6 and 6+’s processing capabilities.

Look for Carcassonne Winter Edition on December 17th in the App Store.

TheCodingMonkeys have a very solid track record on Gamezebo, as their latest game, Rules!, also received a 5-star review from us. Even though the initial game was pretty difficult, TheCodingMonkeys listened to the game’s fans and added in two new game modes to facilitate those who appreciate a more relaxing experience.

Now that you’re itching to play Rules!, be sure to catch our strategy guide to ensure that you are playing the game to the best of your abilities.