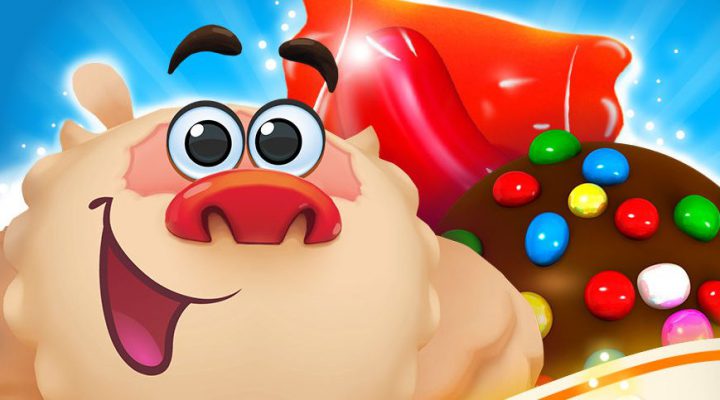 Although developer King has made a name for itself with a variety of “Saga” series and standalone titles, ranging from ball popper Bubble Witch Saga to word search AlphaBetty Saga, its bread-and-butter and best-known IPs are the Candy Crush games. These straightforward sweets-nabbing match-3 puzzlers—which include the original Candy Crush Saga plus the Soda and Jelly variants—offer players hundreds (and thousands) of colorful treat-filled levels that focus mainly on earning high enough scores to move on to the next stage. Candy Crush Soda Saga followed roughly the same formula as its big brother with a few minor gameplay changes, like freeing bubble-based gummy bears from candy traps. Jelly Saga changed things up even more by requiring players to use matches to spread jelly across the game board and cover more tiles than the Jelly Queen herself.

The next entry in the series, Candy Crush Friends Saga, looks to shake things up further by throwing collectible characters into the mix. The Candy Crush cast has been separated throughout the Candy Kingdom, and it’s the player’s job to find them as they progress through the levels and add them to their match-3 team. Like the characters in Dots & Co, the friends you find along the way will help you by providing in-game bonuses. 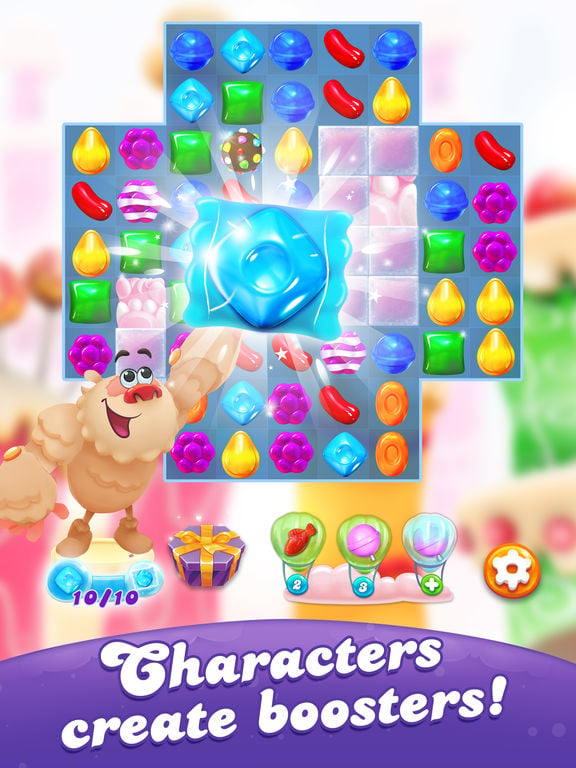 Collecting the right type of candy will “charge” your partner, allowing you to use their special power. For instance, once you collect enough red candy, Tiffi will automatically throw two jelly fish onto the board, which swim across the screen and collect random tiles when matched. Yeti is charged with cyan candy, and his special power adds an explosive wrapped candy to the board. The characters themselves are adorable supports, watching with awe as you create matches and giving thumbs-up to high-scoring chains. They add some extra personality to the game and even have unlockable alternate costumes—we really like bunny-eared Yeti.

Candy Crush Friends Saga is currently soft-launched in Mexico and the Philippines, with its worldwide release date unknown. If you’re curious about the experience but don’t have an App Store account in either of those countries, the YouTube channel Candy Crush Hero has a number of lengthy videos of actual gameplay available. The soft-launched version features 80 levels, but knowing King, this number will only increase as the game grows. We’ll share any more news on updates or the official release date as soon as it’s available.