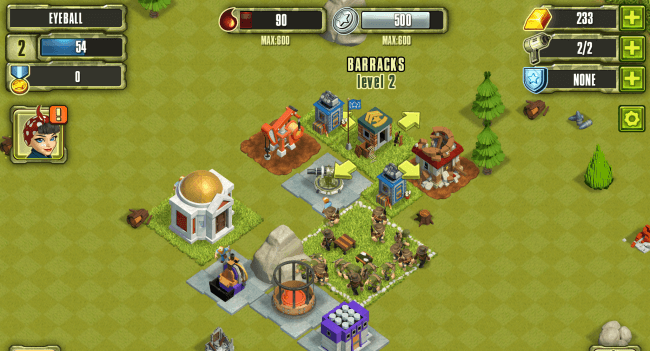 GREE’s upcoming Call to Arms isn’t attempting to reinvent the wheel. It’s simply aiming to be a higher-quality wheel that will be appreciated by a wider array of wheel enthusiasts, and roll better on whatever terrain it is placed. Time is the only way we’ll know for sure if people want to invest in a new wheel, but GREE’s efforts and little changes to the design are great steps in the right direction.

The wheel I speak of, of course, is Supercell’s Clash of Clans. Often imitated but never duplicated, Clash has been sitting pretty at the top of the mobile strategy world for some time. Other developers have made attempts to jump into this space, but even the ones with an Android presence (whereas Clash was only up until recently a long-time iOS-exclusive) fail to stand on their own. GREE has been taking notes on these efforts. They’ve been quietly working on Call to Arms. 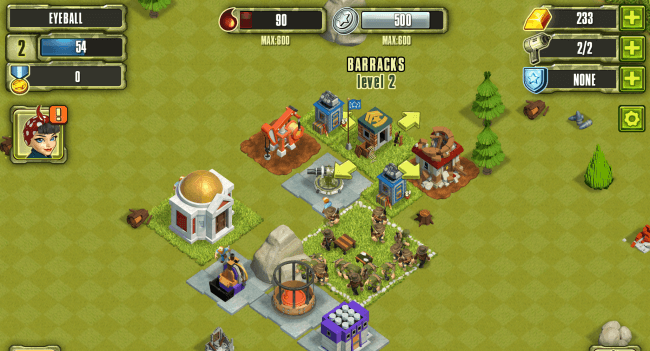 We recently had an opportunity to briefly speak with members of the Call to Arms development team and check out a bit of the gameplay. They weren’t shy about their similarities to Clash of Clans, having even name dropped it a couple times during our discussion. During our first glance at the game, the similarities were unmistakably similar, as well.  Base construction, resource gathering, army building, and even battles don’t really do much to separate this game from its inspiration. However, GREE has been putting effort into the details.

There were two major points the development team was stressing. The first was the visual attention to detail. Call to Arms is military-themed and the team at GREE has made an effort to satisfy players who know a few things about the military. As players unlock new units, vehicles, and buildings, they’ll start to notice how historical tanks and weapons make an appearance (I admit, I hardly know the difference between a shotgun and a rifle, so I’ll take their word for it). Some of the more powerful vehicles and units will even carry more of a sci-fi flavor. 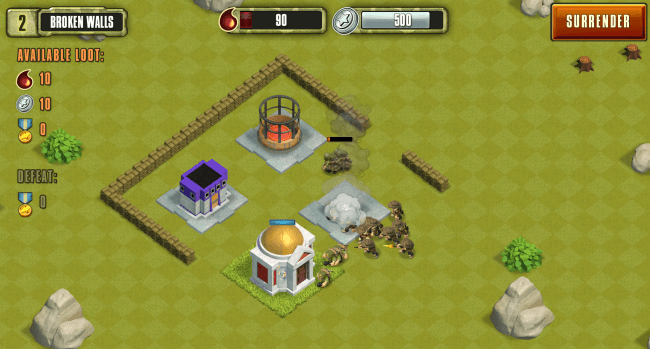 The other point the team made was combat. While Clash of Clans and similar games have numerous character classes, the way they perform in combat is usually over-simplified. Quite frequently, every character will attack the closest destroyable structure. Call to Arms has make tweaks to the typical character AI. Units that specialize in destroying walls will rush toward the nearest wall, while units that excel in destroying buildings will focus their attention on buildings, and so on.

GREE is using this newfound depth to attract a crowd that may have grown frustrated or bored with the simplicity in other games. The team mentioned that some people have had concerns that their direction with unit specialties might be a bit “too hardcore” for most of the interested crowd, but the team remains optimistic. They feel their audience is up to the challenge, but they’ve also kept the core gameplay as familiar as possible for those who are new to the genre or used to other games. 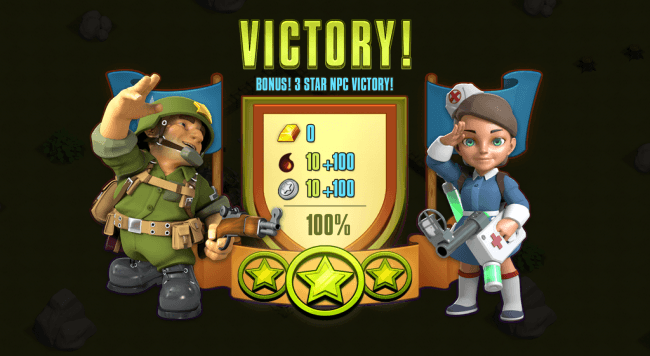 Call to Arms isn’t necessarily trying to beat the competition at its own game; it simply wants to make a name for itself. GREE’s efforts could easily go unnoticed by those who are unaware, but the changes they’re making to a popular formula may be enough to make a huge splash. Call to Arms is launching soon on iOS.