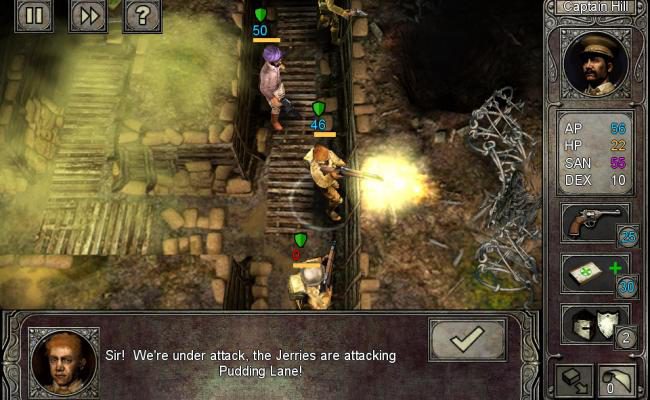 It’s been a while since we first caught wind of Red Wasp Design’s upcoming Call of Cthulhu: The Wasted Land, but as any good Cthulhu cultist will tell you, terrible, sanity-shattering things come to those who wait.

After millions of years resting at the bottom of the sea (and countless months of development at Red Wasp), Cthulhu will be set to rise on January 30th, 2012. Or, at least, Call of Cthulhu: The Wasted Land will be.

In addition to the announcement of the release date, Red Wasp Design was also kind enough to share some new screenshots with us – the first to show off the game in HD! 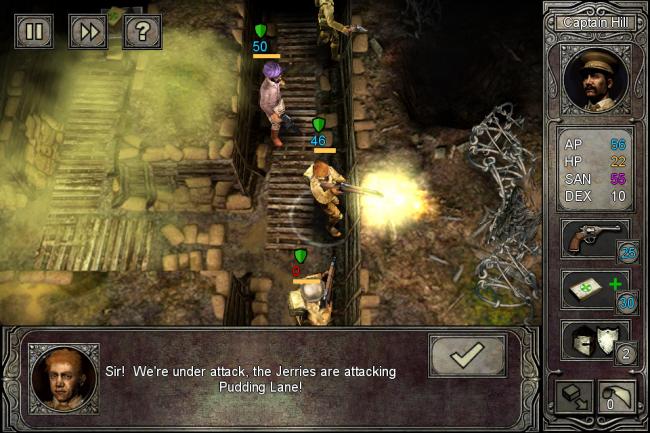 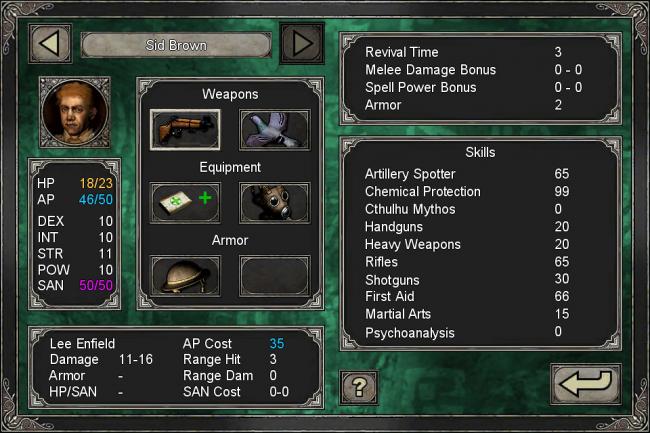 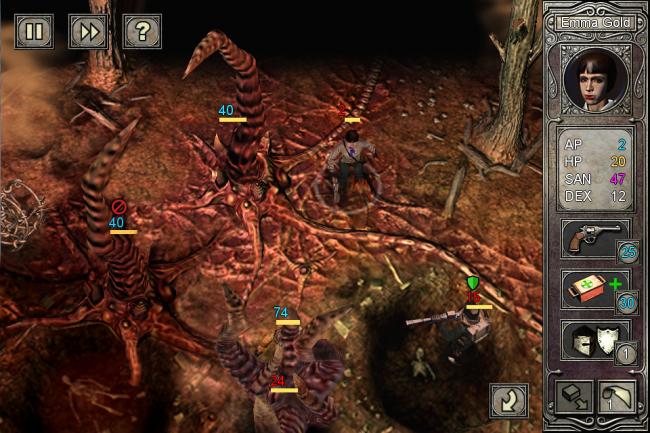 Humanity, you have six weeks to get your affairs in order.

First screenshots of Call of Cthulhu: The Wasted Land emerge from beyond

As one of the 20th century’s preeminent horror writers, HP Lovecraft whipped up more than his share of scary stuff. Naturally, that scariness seems as though it could be great fodder a video game. That’s why we were so excited when Red Wasp Design announced Call of Cthulhu: The Wasted Land earlier this year. Now, a few months later, the studio has unleashed a bevy of screenshots that give us our first real glimpse of their spooky World War I turn-based strategy game. 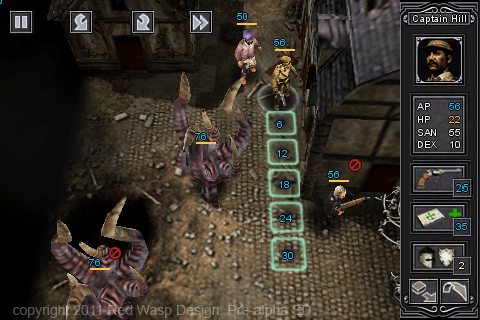 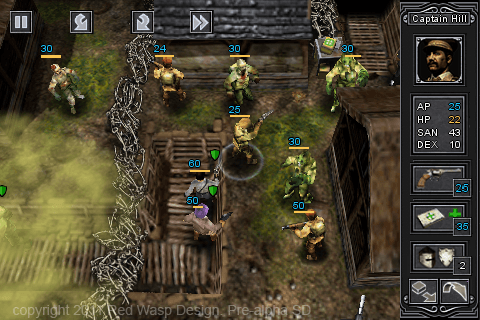 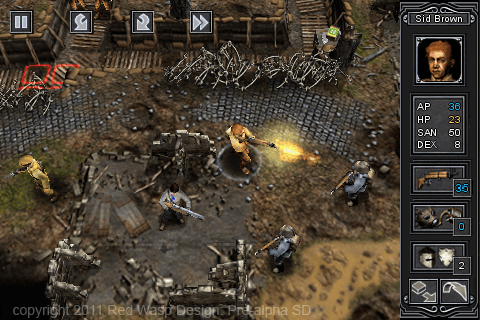 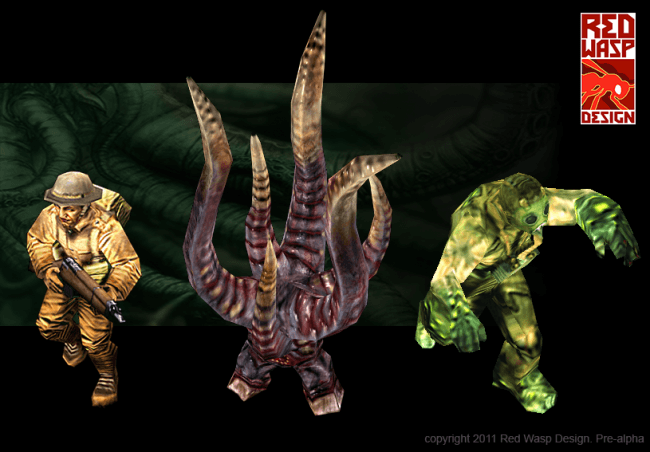 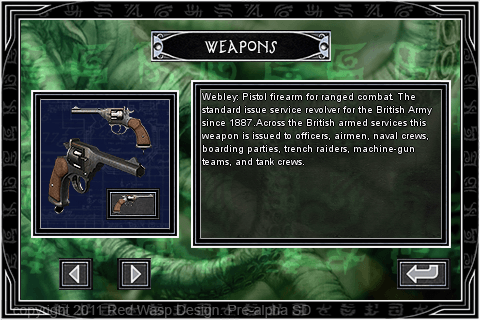 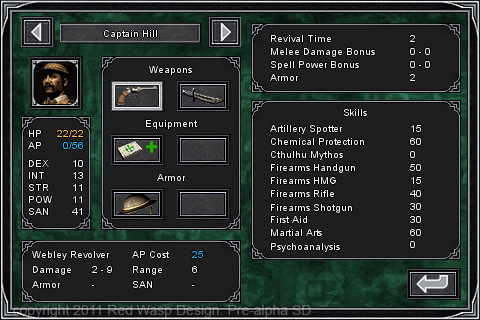 The images here are taken from a standard definition version of the game, but Red Wasp are promising that an HD version will follow at some point. They depict the game’s characters in confrontations with both the undead and “Dark Young.”

“Lovecraft and his peers created really iconic monsters that tap into our deepest fears,” says Red Wasp’s Tomas Rawlings. “As huge fans of his stories, we’ve worked really hard to transfer the essence of these alien horrors into a game form. We’re blending the core ideas of the classic role-playing game along with our experience of gameplay design all wrapped in our new 3D engine to craft what we hope is a gaming experience of malignant evil!”

While the game will be debuting on the iPhone, Red Wasp will be looking to bring Call of Cthulhu: The Wasted Land to iPad, Android, and PC as well.

There’s still no release date on this one, but as soon as that changes, we’ll keep you posted.

Call of Cthulhu: The Wasted Land is bringing an ancient evil to the App Store

When most people think of horror, they’re quick to think of movie monsters like Freddy and Jason. The real scary monsters, though? They come from the pages of fiction. Dracula, Frankenstein, Grendel – even the Big Bad Wolf – were all born on the printed page. In the early 20th century, H.P. Lovecraft created his own literary monster whose visage would haunt horror readers for the better part of the last hundred years: Cthulu. And now, thanks to the newly formed Red Wasp Design, mobile gamers are going to get to live in the monster’s terrifying world in the upcoming Call of Cthulu: The Wasted Land.

Based on the popular Call of Cthulu series of roleplaying games, The Wasted Land takes place during the First World War. Cthulu, an ancient evil older than humanity itself, is using the chaos of the war to raise an undead army amongst the battlefields of Europe. Players will lead a team of investigators and soldiers as they attempt to oppose the evil one’s plans. 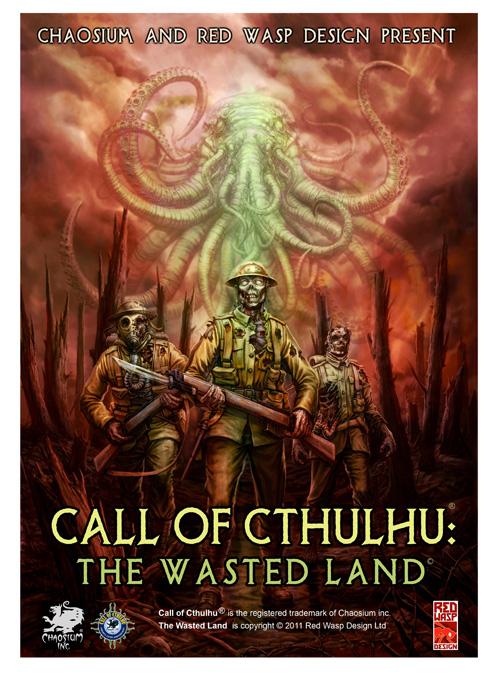 Red Wasp Design tells us that the gameplay will come in the form of a turn-based strategy role-playing experience. The new studio, formed by game industry vets that have worked on everything from Conflict: Desert Storm to Savage Moon, couldn’t be more excited to be working with RPG publisher Chaosium on a Cthulu game as their debut title.

“I’ve been a huge fan of Lovecraft since I was about 10 years old when I discovered his writing and the RPG his work had inspired,” says Red Wasp’s Tomas Rawlings. “Lovecraft’s nightmare vision of a handful of doomed humans battling the minions of slumbering titanic entities really had me hooked from the start. I’ve wanted to do a video game inspired by his work and the RPG for a long time.”

No price or release date have been set in stone yet as the game is still in development, but the developer’s expect to announce these sometime after the summer. Expect this one to hit the iPhone and Android first, with more platforms to follow.