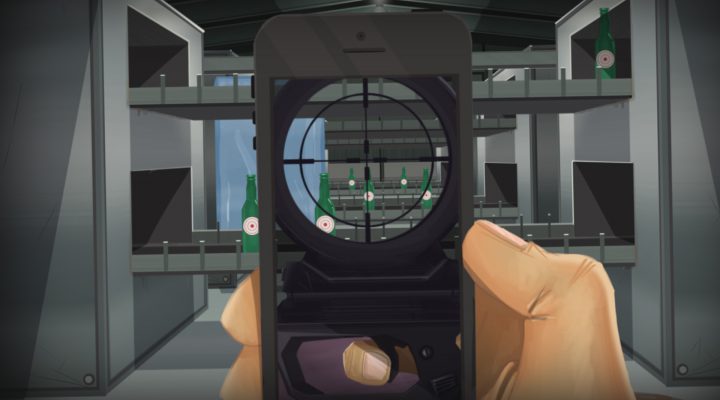 A small group of first-time game developers based out of Brooklyn are taking the first steps towards revitalizing light gun-like video games for mobile devices. Hai Contrast is getting ready to release Caliber Club on the App Store next week.

In Caliber Club, players compete with some of the world’s best (and most fictitious) snipers as they strive to become the best shooter in the Caliber Club.

Think of it as Silent Scope, but with a phone instead of a rifle.

As players compete throughout the game they are awarded prize money which can go into customizing their weapons. Hai Contrast promises “millions” of customization combinations for players to tinker around with.

Catch the trailer (above) and look for Caliber Club on iOS next week.