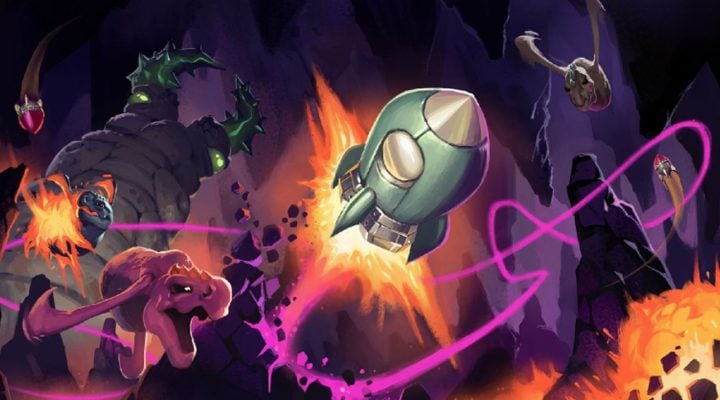 If you’re an iOS gamer and a fan of Butterscotch Shenanigans, you’ll be able to pick up their latest game, Flop Rocket, starting next Thursday. (UPDATE: some wires were crossed on the launch date, but it’s officially Thursday, Feb 26th now).

Originally released on Android during the Butterscotch Minis project, Flop Rocket has players attempting to launch a space ship from inside a cave. Players can turn the wheel of the shuttle to change the trajectory while also controling the rocket’s thrusters by tapping the screen. Stalactice, stalagmites, and aliens stand in between the launch pad and the ultimate goal of outer space. Hit an obstacle too many times or one time too hard, and boom, you have to start over. 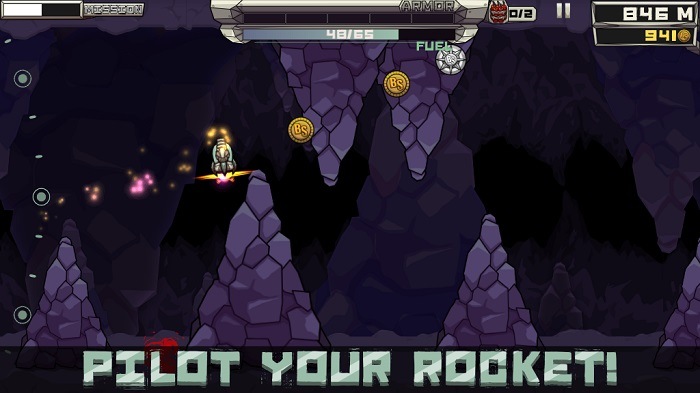 During each launch attempt, players will collect coins scattered along the way which can then be used to upgrade the ship’s abilities, allowing players to make a little bit of progress from each run.

The launch of Flop Rocket also accompanies the release of updates to Butterscotch Shenanigan’s three other games: Quadrupus Rampage, Towelfight 2, and Roid Rampage. The updates contain additional features as well as ButterscotchID integration into all four (counting Flop Rocket) games.

The ButterscotchID system is described by Butterscotch Shenanigans as a, “games library, cloud service, and friend network, all rolled into one.” It lets players (if they want to) register an account that links their experiences between the various Butterscotch Shenanigans games. So if you complete a certain achievement in Quadrupus Rampage, you may get content for Towelfight 2, and so on.

BscotchID is also, as Butterscotch Shennanigans Sam Coster put it, “our way of putting a stop to Free-to-Play nonsense, so our players can pay once and play forever.”

Look for Flop Rocket next week in the iOS App Store. And if you’re an Android gamer, you’ve already been playing it… haven’t you?

Learn About the Art of Wooga’s Upcoming ‘Agent Alice’