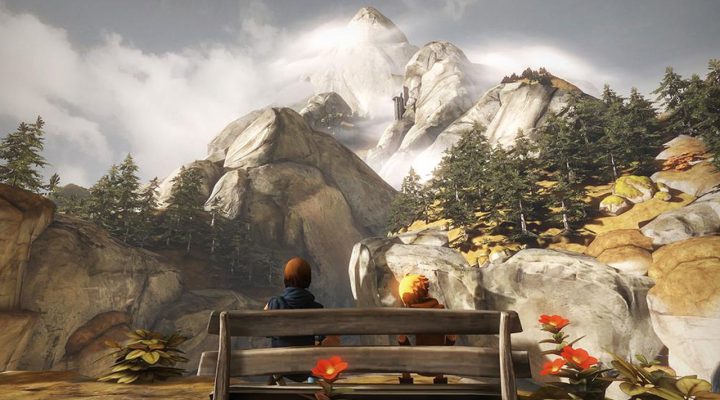 505 Games announced that they are bringing 2013’s Brothers – A Tale of Two Sons to mobile devices (as well as the PS4 and Xbox One).

A trailer was released alongside the announcement, which shows off the game in action, presumably with the in-game graphics mobile players will see when they get their hands on the game later this year.

Brothers – A Tale of Two Sons tells the story of Naiee and Naia, two brothers who are on a quest to fetch water from the Tree of Life to save their dying father. On consoles, the brothers were controlled individually, with each brother’s movements assigned to one of the control sticks. If I were to take an educated guess, I’d assume that on mobile devices, it will be the same but with players placing their thumbs on either side of the screen.

That’s speculation, but I’d have a hard time imagining them doing it any other way.

When it originally released in 2013, Brothers – A Tale of Two Sons was received very positively. The game even won “Best Xbox Game” at the 2013 Spike Video Game Awards, winning against Grand Theft Auto V, Tomb Raider, and Bioshock: Infinite.

At the start of 2015, Brothers – A Tale of Two Sons developer, Starbreeze Studios, sold the I.P. for $500,000 to 505 Games who are gearing up to release it for Android and iOS devices later this year.

Super Run Away With Me Feels ‘Super’ Familiar