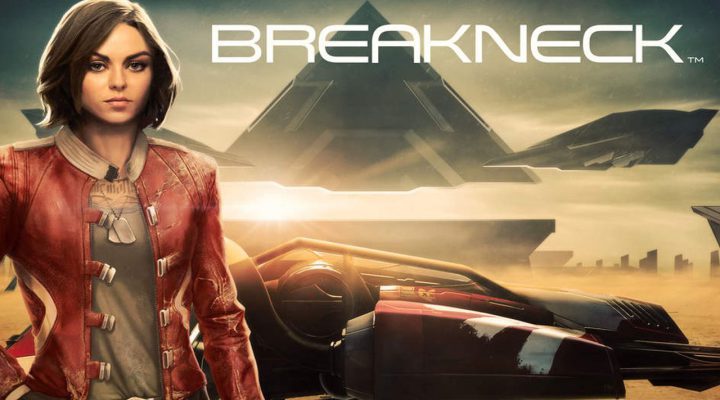 Breakneck is an upcoming endless racing game from PikPok (Flick Kick Football, Adventure Xpress) about running from aliens. As the story goes, aliens showed up and did their best to destroy life on Earth. Seeing as how you’re still alive they didn’t do such a thorough job. If there’s one thing these aliens hate, it must be failing to be thorough, because now they are doing everything in their power to catch you and squish you.

In Breakneck, players are piloting a very fast vehicle across the decimated wastelands of Earth. The way that Breakneck is described in the Australian iOS App Store (where it was recently soft-launched) gives me the impression that the game will share many similarities with the recently released Race the Sun.

One thing the two games do not have in common are their graphics. Breakneck looks beautiful, with the detailed vehicle zipping through the dusty landscapes.

A few YouTubers (such as rrvirus, seen above) have posted videos of them playing Breakneck. Seeing as how there is no official launch trailer for the game, or any media from PikPok regarding the game in general, these will be your best bets to see the game in action if you do not have access to an Australian App Store account.

There is no word from PikPok about a release date just yet.