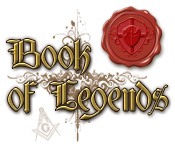 Gogii Games have a new hidden object game in the works called Book of Legends, where you’ll follow researchers Zoe and Charleston Black as they try to unravel the mystery of the legendary sword Excalibur.

What started out as a casual obsession over the world’s most sought after legends becomes reality when a young researcher discoveries a book that could change the balance of power in a centuries old struggle — book so important that in the wrong hands could be devastating.

Book of Legends will feature five lands to explore and six different gameplay modes: Puzzle, Clean and Fix, Put it Back, List, and Find 10.

The Color of Murder: A Carol Reed Mystery Preview