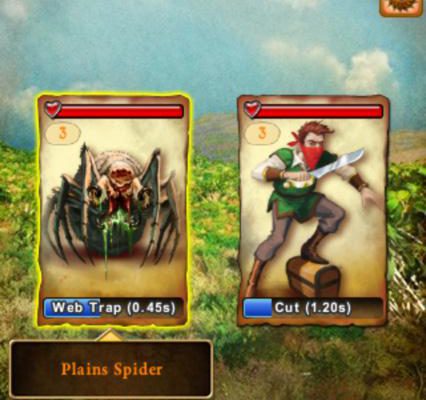 Venan Entertainment is a company with a few great iOS titles under their belt. Whether we were climbing redwoods in Ninjatown: Trees of Doom or shooting asteroids in Space Miner Blast, we’ve had a pretty great time with everything they’ve had to offer so far. But when we heard their next game was going to be a freemium menu-driven RPG, it was hard not to be skittish. There were visions of text-based titles like Mafia Wars Shakedown dancing in our heads. As it turns out, Book of Heroes is nothing of the sort. 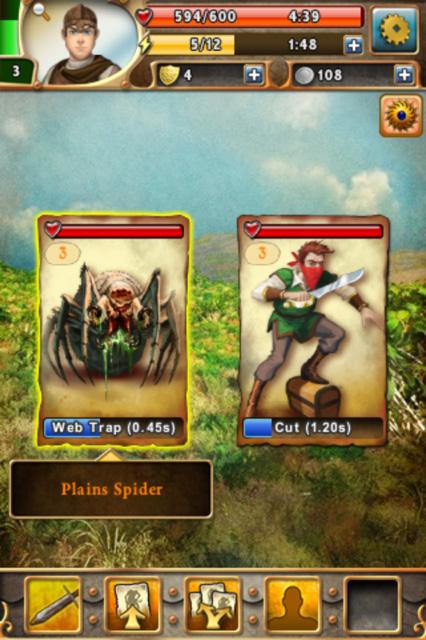 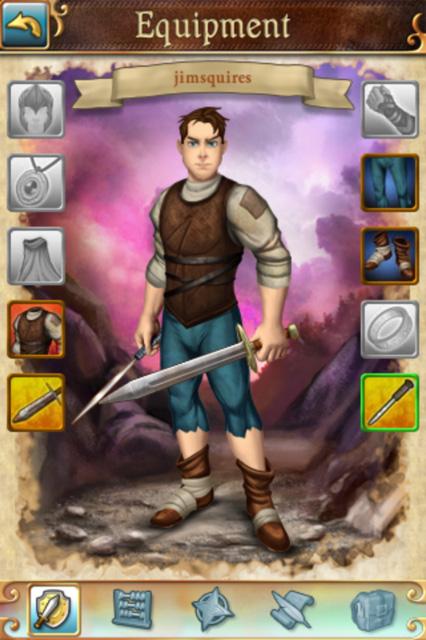 More akin to classic D&D gaming than the text-based RPG’s you’ll typically find on the App Store, Book of Heroes puts players in the role of a cook-turned-adventurer as he explores a turn-based fantasy world. Players will take on quests, explore different dungeons, and face a variety of different creatures and enemies.

Combat, while turn-based, will rely on a timer system. Each type of attack has a time cost associated with it, meaning that an attack that costs one second can occur twice as quickly as an attack that costs two. This becomes an important element of play, as your enemies attacks will be timed too. 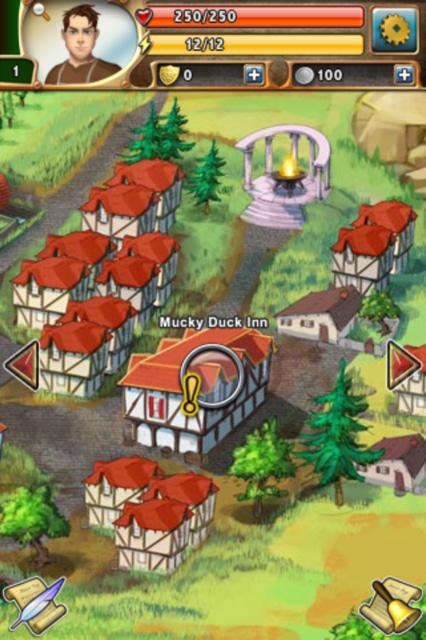 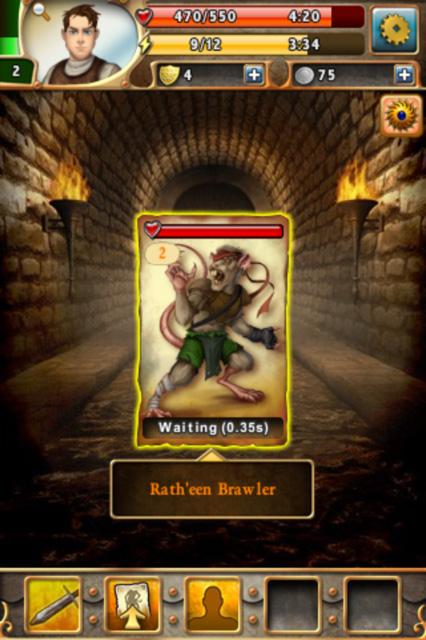 The game is currently available early in the Canadian App Store, and we’ve had a chance to spend some time with that build. We’ve been pretty impressed with most aspects of the game. The combat is quick and easy, yet offers enough depth that you don’t feel like you’re merely mashing a single “attack” button. The art, both in the map view and in the characters/enemies, looks terrific. And unlike most freemium RPG’s on the App Store, we’ve found ourselves genuinely enamoured with the story.

Wondering if you’ll feel the same way we do? Be sure to follow the game here on Gamezebo to be notified the moment it’s released, and be sure to check out our review when it hits to read out complete opinion.