Home / Upcoming / Blossom Tales: The Sleeping King Wants to Put a Zelda-like on Your iPhone

Blossom Tales: The Sleeping King Wants to Put a Zelda-like on Your iPhone 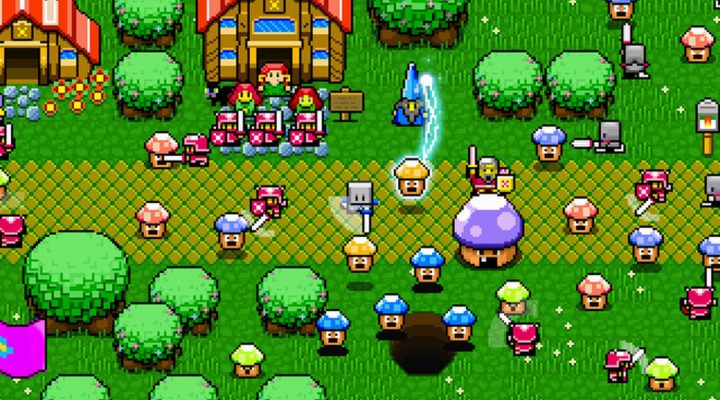 Do you want to see a Zelda inspired game with gorgeous 2D pixel art come to fruition? Well, Castle Pixel has launched a Kickstarter for exactly that. They’re seeking funding for Blossom Tales: The Sleeping King, and it’s planned to come to iOS if their funding goal is reached.

Players will control Lily, named after the granddaughter of the grandfather narrating the game, a la The Princess Bride. In-game events will actually be affected by the narration, as the external Lily will throw in ideas that may change what happens.

The plan is for the game to play much like a Zelda title; a real-time action-RPG with swords and shields as primary tools, secondary ones like a bow and arrow, with targeting lock to help hit enemies with ranged weapons and magical spells. And there will be plenty of dungeons with tricky puzzles to solve – and an element of random generation to the dungeons as well.

Castle Pixel has delivered on Kickstarter before, as Rex Rocket, their previous game, was funded via Kickstarter and released several months ago. Oh, and that game is scheduled to come to iPad as well, so there’s a lot from Castle Pixel to look forward to, if this gets funded.

The plan is for Blossom Tales: The Sleeping King to release in late 2015 for PC followed by iOS, with Android as a possibility down the road. The campaign has a tough road ahead of it, as it’s gotten about $13,000 of its $45,000 goal with 17 days left, so those who want to see this come to fruition need to contribute now.

Mutiny! Is a Multiplayer Party Game with a Mobile Twist

Assassin’s Creed Identity Is a Thing, and It’s Live in New Zealand