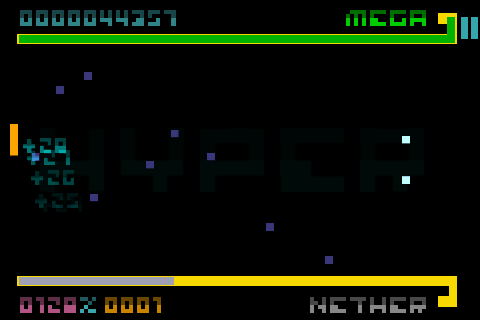 Originally released as a downloadable title for the Nintendo Wii back in March 2009, Bit.Trip Beat combined rhythm gameplay, Pong and tilt controls to create a hypnotically sublime experience. Now thanks to Namco Networks, this WiiWare classic is headed straight to your iPhone and iPad.

Bit.Trip Beat plays like a marriage of Pong solitaire and Guitar Hero. Like Pong, the main objective is to use your paddle to stop balls from flying past your guard. Like Guitar Hero, those balls are timed to stay in rhythm with the music.

Player’s will be able to control their paddle through tilting their iDevice (much like the original version) or through touch controls. The original WiiWare game has been ported completely, meaning everything players had loved about the original will be found here. 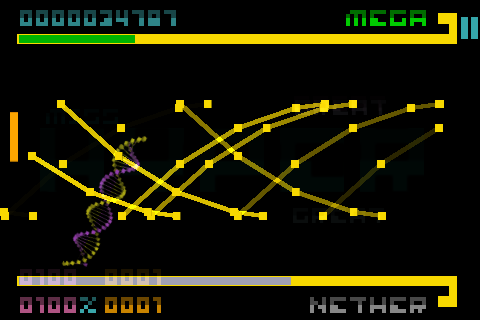 In addition to the complete game that series veterans already know and love, Namco will be introducing some new twists for Bit.Trip Beat‘s impending iDevice release. Downloadable content is being produced alongside series creators Gaijin Games, will take the form of new levels, and is expected to be available for free. The game is also set to introduce four person multiplayer sessions, though it’s still unclear what form the multiplayer gameplay will take.

Want to be the first to know when Bit.Trip Beat is released? Be sure to set a Gamezebo game alert to be notified the moment it’s in the App Store!