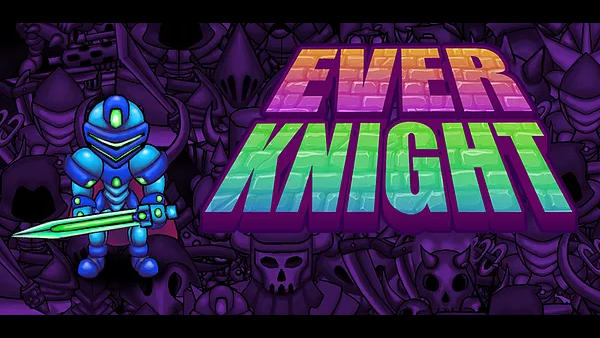 While the Crossy Road-catalyzed endless phenomenon has inspired thousands of variations on the forward-dodging genre, upcoming Ever Knight might have one of our favorite comparison pitches so far. One-man developer Foolish Mortal Studios claims it’s “Diablo meets Crossy Road” or “Frogger meets Dynasty Warriors,” and after some hands-on time with the ultra-fast-paced hack-and-slash, we have to agree.

Ever Knight’s core gameplay will be familiar to anyone who’s picked up an overhead endless runner in recent years: you simply tap to move forward or swipe in any of the remaining three directions to move backward, left, or right. Instead of simply jumping to a new location, however, your hero also swings his weapon with every movement, dispatching anyone he runs into headfirst. This is important, since the world he’s traversing is absolutely overrun with enemies primed and ready to take him out if he hesitates for even a moment.

Instead of navigating trees and other environmental blockages, the Ever Knight’s obstacles are entirely bloodthirsty opponents. While some remain stationary, merely blocking your path until you strike them down or dance around them, many will pursue your knight, charging forward to fill empty spaces made by his rush of destruction. All enemies, regardless of movement patterns, will attack him if given the chance and end his run with a single blow, forcing the knight to move quickly to avoid sword slashes from surrounding foes. There are different types of enemies as well, requiring you to plot out and revise your path on the fly to handle unique dangers: spearmen cannot be attacked from the front, shieldmen are vulnerable after they swing their giant axe, and so on.

The result is extremely manic and electrifying, a unique combination of hyper-fast dodging and thoughtful pathfinding. Your score is based only on the distance you reach, so you could try to simply avoid enemies—or, as many enemies as is possible in the sardine packed crowds you’re facing—to earn a higher score. But slain enemies drop coins, and if you actually want to collect these you’ll have to briefly backtrack to where they dropped. And yes, you do want to nab coins: they’re used to unlock new weapons, helmets, and armor for your knight, each of which not only provides a bonus ability—such as hitting enemies on all sides, enhancing your special powers, or absorbing nearby coins—but actually changes his appearance. This is a small feature but one we always greatly appreciate, especially alongside Ever Knight’s brightly colored, SNES-reminiscent visuals. 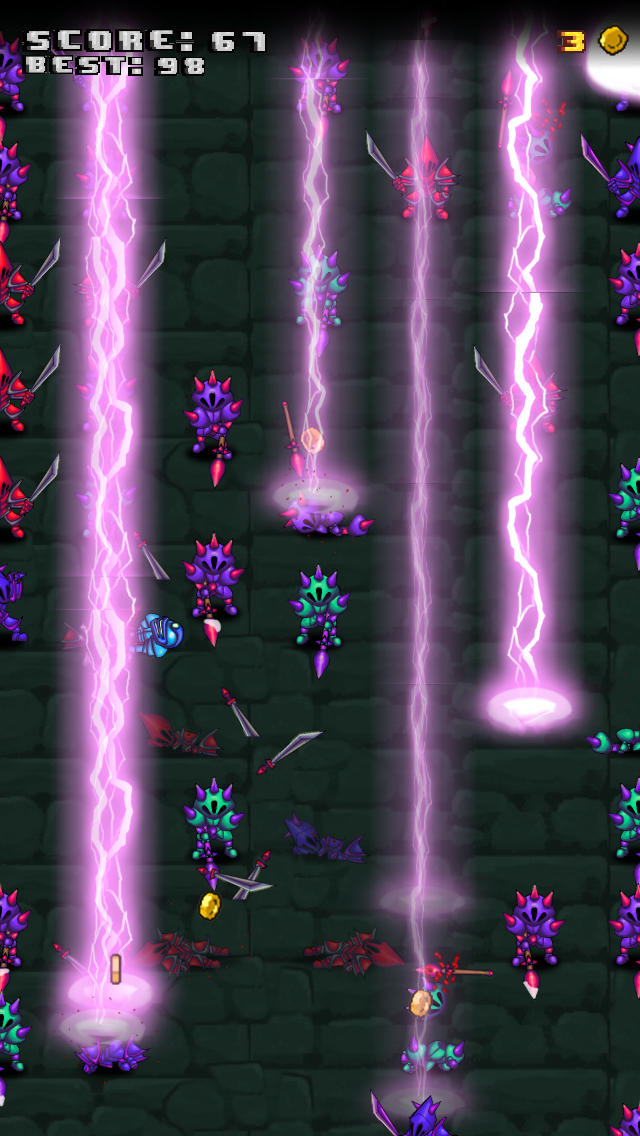 Even with upgrades and screen-wide explosive power-ups, Ever Knight is no walk in the (enemy-filled) park. We’ve nimbly dodged near-death sword encounters just to run into a spearman’s waiting embrace countless times already. Thankfully, Foolish Mortal has included high score checkpoints that let you start the game at certain score thresholds once you reach them. So, for instance, once you hit a score of 30, you can choose to start at 30 points—with its harder legions of enemies—and progress from there. This means you can actively pursue a better score without restarting from the very beginning every time, preventing the sloggy repetition that some endless high scorers sometimes fall into. You can start over at zero if you choose, but the option to bypass earlier areas is a nice reward for improving your slashing skills.

Ever Knight and its endless swarm of slayable enemies will be available for $0.99 on the App Store and Google Play on May 3rd.