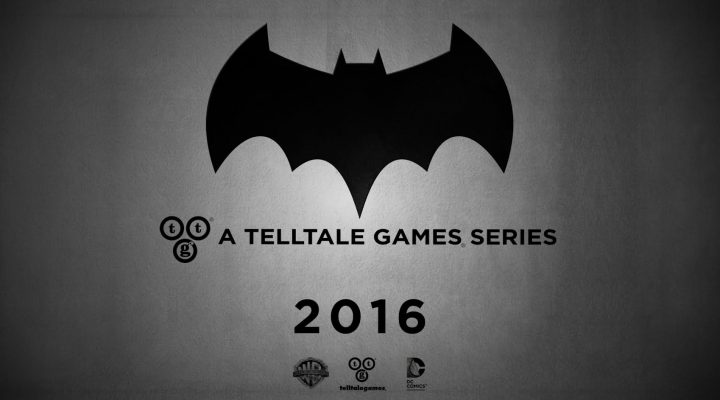 There aren’t a lot of companies that can score deals with both Marvel Comics and DC Comics, but with a surprise announcement tonight, it seems that the narrative gamemasters at Telltale Games have done just that. Seven months after a partnership was confirmed with Marvel, the studio has announced that they’re working on an episodic series of Batman games set to debut in 2016.

“At Telltale, we’ve been honored to bring our unique approach to interactive storytelling to some of the biggest entertainment franchises in the world, and we’re excited to announce that we’ll soon be exploring what it means to be Batman in an all-new series starting next year,” said Kevin Bruner, Co-Founder and CEO of Telltale Games in a blog post on the company’s website. “This iteration of Batman will give fans a first-hand opportunity to dive deeper into the complex life and mind of Bruce Wayne, the duality of his own identity, and the struggle of responsibility in saving a city overcome with corruption and villainy.”

This isn’t the first time Telltale has dabbled in the DC wheelhouse; the critically acclaimed The Wolf Among Us was set in the universe of Fables, a comic book series published under DC’s Vertigo imprint.

No further details have been revealed as of yet, but it’s admittedly hard to hide our excitement at the prospect of a Telltale series about the world’s greatest detective. Let’s just hope they get Kevin Conroy to voice the Caped Crusader once more.

Gods of Rome is a 3D Brawler Featuring Ancient Deities