Home / Upcoming / Back to Bed Pulls You Through Nightmares and Dreamscapes 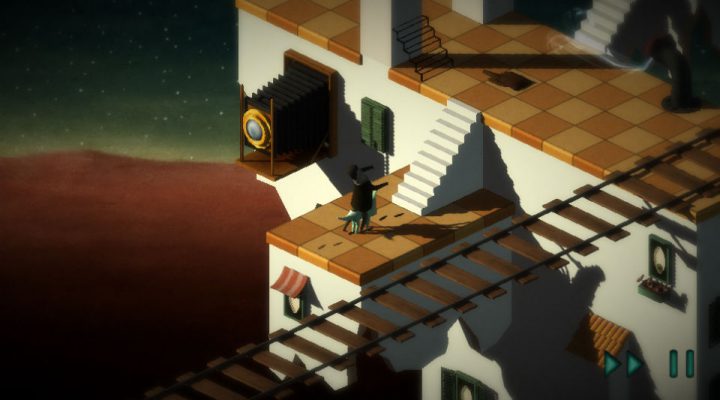 Those of us who drift off to sleep expecting to meet vivid, surreal dreams in our slumber (and rarely find ourselves disappointed)  can certainly spare a sympathetic nod towards Bob.

The star of Bedtime Digital’s upcoming 3D puzzle game Back to Bed doesn’t merely dream about having to give a big speech while wearing nothing but his underwear. When he drifts off, it could very well mean his end unless you intervene.

See, Bob is a narcoleptic, meaning he tends to drift off anywhere, anytime. While he’s asleep he sleepwalks through weird 3D worlds formed by bizarre landscapes filled with nonsense pieces of imagery that tend to worm their way into dreams. It is, to quote Bedtime Digital, as if “Salvador Dali, M.C. Escher and David Lynch [decided] to collaborate on a piece of interactive entertainment.”

Back to Bed is the product of a successful Kickstarter campaign, and it hits iOS as well as Android and PC in August. Linux, Mac, and OUYA support will follow soon after. The latest trailer for the game is, in a word, eerie.