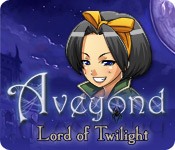 Amaranth Games has started to share some details and screenshots for the next role-playing game in the Aveyond series, Aveyond 3: Lord of Twilight. According to the company’s latest newsletter, Aveyond 3 will star Mel, an "ornery thief who steals the wrong heirloom." Mel turns out to be the descendent of the world’s most hated sorcerer, which garners her the unwanted attention of a powerful vampire lord.

Luckily for Mel, the vampress Te’ijal and her soul-trapped husband, Galahad, are willing to help her escape the vampire lord and thwart his plans to turn humans into slaves for the undead.

Aveyond 3 is scheduled to launch in May.

The Legend of Crystal Valley Preview