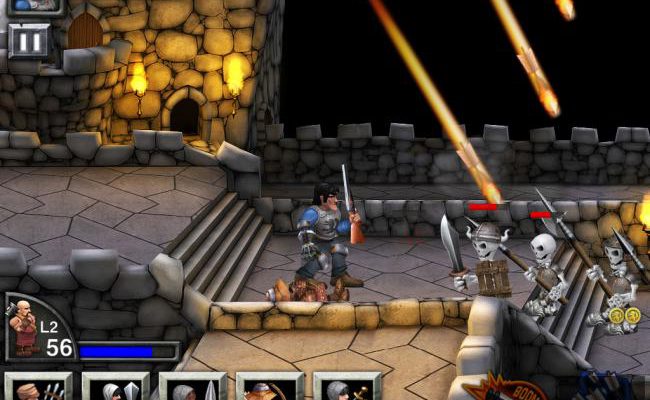 Lead the charge against Evil Ash and his army of Deadites

Army of Darkness is the franchise that just won’t die (which, come to think of it, is oddly appropriate given its setting). Even though the movie was released back in 1993, it still retains a massive cult following, has received a number of popular comic adaptations, and has been translated into various video games. Now it’s getting set to debut for iOS devices with Army of Darkness: Defense.

Army of Darkness: Defense is a side-scrolling castle defense game in the same vein as Trenches. The plot takes place during the third movie in the Evil Dead trilogy, Army of Darkness. During the climax of the film, Ash ends up leading humanity’s defense when the deadites invade a castle. The iOS game takes place during this plot point in the movie and contains a total of 50 levels for players to guide Ash through, with an endless level unlocking once the game is completed.

At the start of each level, players control Ash and move him forward and backwards across lengthy map. Killing deadites nets an amount of gold, which can then be used to hire units who will walk out and back Ash up. Ash’s basic attacks come from his pump-action shotgun (known to fans of the films as his “boomstick”) for range and the chainsaw. 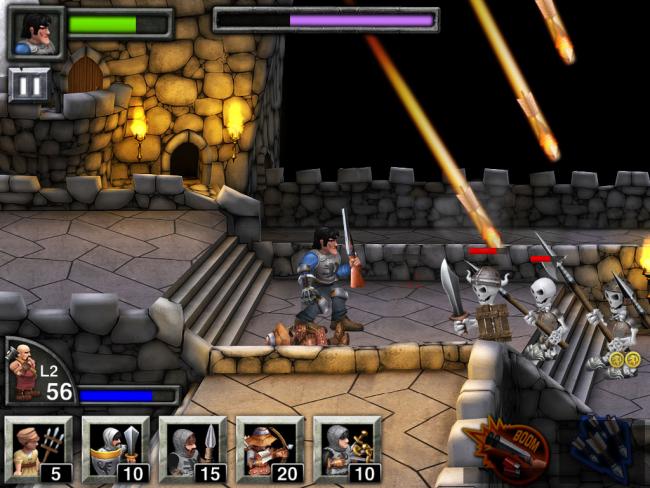 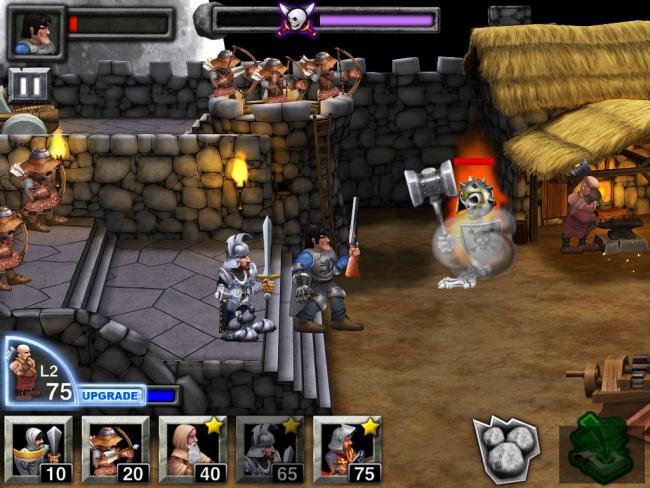 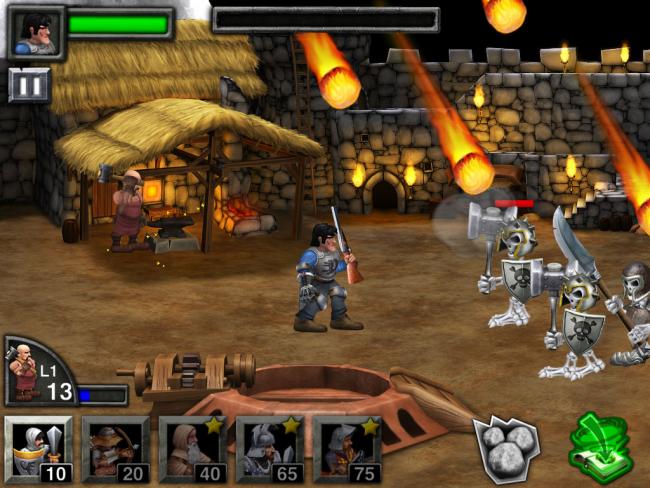 As gold is accumulated, players can hire a variety of units to assist in the battle, including broom-wielding peasants, spearmen, fully-armed knights, and even the Oldsmobile that appeared in the movie. Eventually the waves of deadites will run out, the stage will end, and players can boost the stats of Ash and/or his units between levels. Ash will also be able to unlock a number of upgrades and spells, as well as boost castle protection with upgrades like the Necronomicon, wall archers, and “The Pit.”

The game features some charming cartoony graphics, as well as a slew of one-liners that should be instantly recognizable to fans of the film. In fact,Army of Darkness: Defensefeatures 150 lines of dialogue from the movie.

You might be worried that the game will appeal exclusively to Evil Dead fans, but Backflip Studios are promising that the game has been designed to satisfy hardcore fans and series newbies alike. Army of Darkness: Defense is due to hit the App Store on May 12th, with the iPhone version set at $0.99 and the iPad version selling for $2.99. Hail to the king, baby.