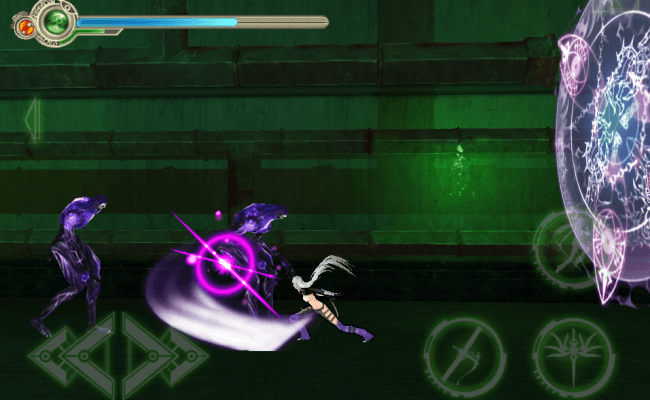 How far would you go to face your own sins?

Have you ever done something so bad, that you were too afraid to let yourself face it? You tried so hard to put it behind you, and keep it hidden away in the past? I know the feeling. In fourth grade I got sent to the principal’s office for playing with my Pokemon cards during science class, and I still have a hard time thinking about it, even today. Well now it’s time to dredge up your past, as Anima Game Studio is partnering up with renowned mobile publisher BulkyPix to bring us Ark of Sinners Advance, a new action/platformer game where our heroine’s sins refuse to stay hidden in the shadows.

Based on the popular Anima Beyond Fantasy franchise, Ark of Sinners Advance puts players in the role of Celia, a powerful warrior with a mysterious past, as she is forced to flee from her village after betraying her own kind. The game follows Celia and her newfound companion, Nemo, as they fall into the depths of the Earth, and wind up in the dark and shadowy city of Ark. Celia must make the harrowing trek through the gloomy ends of Ark to uncover the city’s treacherous secret, and reveal some shocking revelations about her own past.

Ark of Sinners Advance features an intricate storyline penned by Anima Beyond Fantasy series writer Carlos Garcia, and comes complete with an unlockable secret ending. The city of Ark is split up into 21 interconnected stages, and offers more than 10 hours of action and platforming gameplay. Along the way, players will learn new skills and create their own combos, which will certainly come in handy for encounters with the game’s 7 epic boss fights.

The debut gameplay trailer (above) shows a smart and sexy Celia slashing her way through tons of diverse and grotesque-looking monsters, in a 2D sidescrolling environment that reminds me of Super Castlevania IV on the Super Nintendo. You’ve got all the essentials here: spooky corridors with muddy tapestries hanging from the walls; a sprawling library with towering bookcases; and an underground cave with crumbling boulders that fall from the ceiling. Something tells me I’m going to have a whole lot of fun exploring in this one. We also get a nice snippet of the game’s whimsical soundtrack, and the animated cut scenes from artist Wen Yu Li. 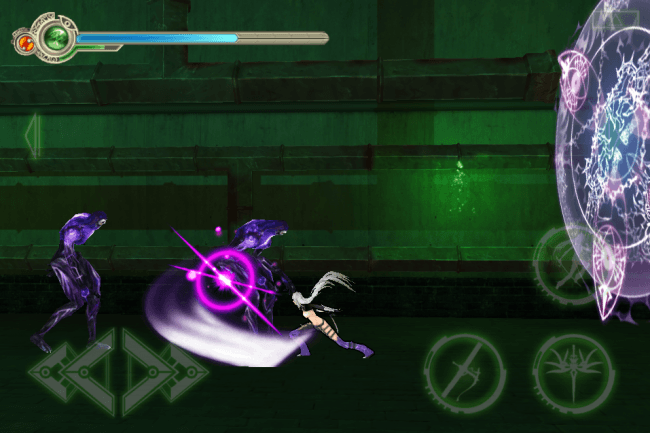 That’s all we know about the immersive adventure so far, but we won’t have to wait long to explore every shadowy corner of Ark, as Ark of Sinners Advance is currently set for an iOS release next Thursday, April 18th, and will go for $2.99. So now if you’ll excuse me, I’m going to go wallow in the sins of my elementary school past.