Home / Upcoming / Angry Birds Transformers Has the Touch and the Power (Yeah!)

Angry Birds Transformers Has the Touch and the Power (Yeah!) 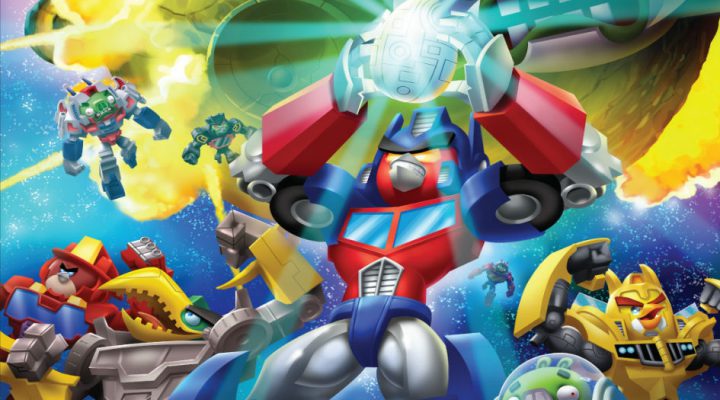 Earlier today, Rovio revealed some news to FamilyGamerTV about the upcoming Angry Birds Transformers game that was teased back in June. Transformers! Transform and bash your head into something!

Angry Birds Transformers revolves around the battle for Piggy Island, wherein the different Transformers factions fight over the “Egg Spark” (sounds like a hold-over item from a Sonic the Hedgehog game).

Each Angry Bird is cast as a Transformer. Not surprisingly, Red Bird appears to be Optimus Prime. Hope he’s ready for all the responsibility that comes with carrying the Matrix of Leadership (Don’t assume you can just throw it at the Pigs to get rid of them, Red. Oh, also – you might die and have your position taken over by a turbo-revvin’ young punk).

The first Angry Birds Transformers Telepods Racer packs hit Toys R Us on October 1. Prices start at $5.99 USD for one figure and one Telepods base, and go up to $29.99 USD for a launcher, a raceway track, and an “Optimus Prime Bird” and “Ultimate Megatron Pig” that unlock special powers in-game.

The Next Walking Dead Mobile Game Gets a Teaser Trailer