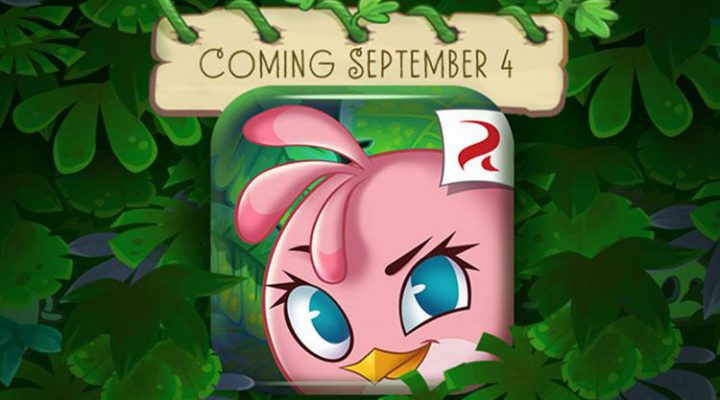 Looking to get a little more Angry Birds in your life? The next entry in the franchise will be coming in just a matter of weeks. Angry Birds Stella will be arriving September 4th, or so says the official Angry Birds Facebook page.

Even more interesting is how the announcement phrases it as “the first game in the Angry Birds Stella series.” Do they mean to sell Stella as a brand, much as they have Angry Birds?

Not to sound trite, but I wouldn’t put it past them to try and market everything from Stella lip balm to earrings. If there are other games planned, I’m going to call it like it is: brand-building aimed at a female demographic.

But what we really care about here is the gameplay. From what we’ve heard, Angry Birds Stella might just feel a bit like the series progenitor. Considering how long it’s been since we had a traditional Angry Birds, that isn’t necessarily a bad thing.

Angry Birds Stella will be available on the App Store and Google Play on September 4th. Now if you’ll excuse us, we’ll keep counting the days until we a release date for Angry Birds Transformers rolls out.

Go to Bed Pits You Against Childhood’s Greatest Horror: Bedtime