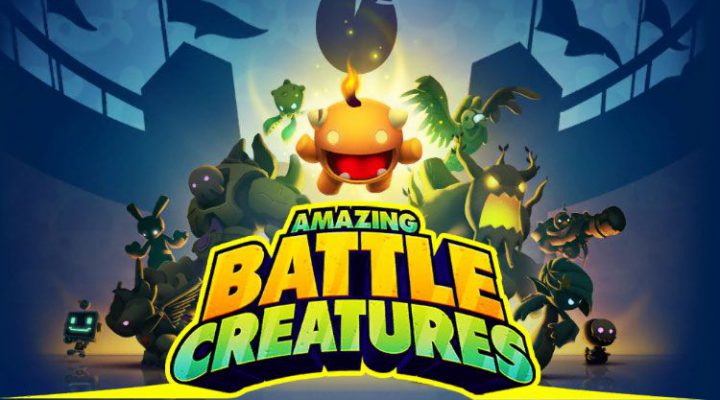 You know what nobody has been able to pull off on mobile? A good Pokemon clone. You’d think that monster capture games would be a fairly easy formula to mimic, but every attempt we’ve seen has ranged from “dismal failure” to “close, but not quite.” Even the splendid Outernauts got notably crummy when it was reimagined for a mobile release.

As you can imagine, we now approach mobile monster capture games with a fair amount of trepidation and skepticism.

Browsing around the Canadian App Store, though, I found something that couldn’t help but catch my eye. A new monster capture game from Glu, aka “the studio that can do no wrong.” With a string of hits in 2014 already under their belt (Kim Kardashian: Hollywood, Dino Hunter: Deadly Shores, Tap Sports Baseball), I found myself with a glimmer of something I wasn’t expecting — hope. 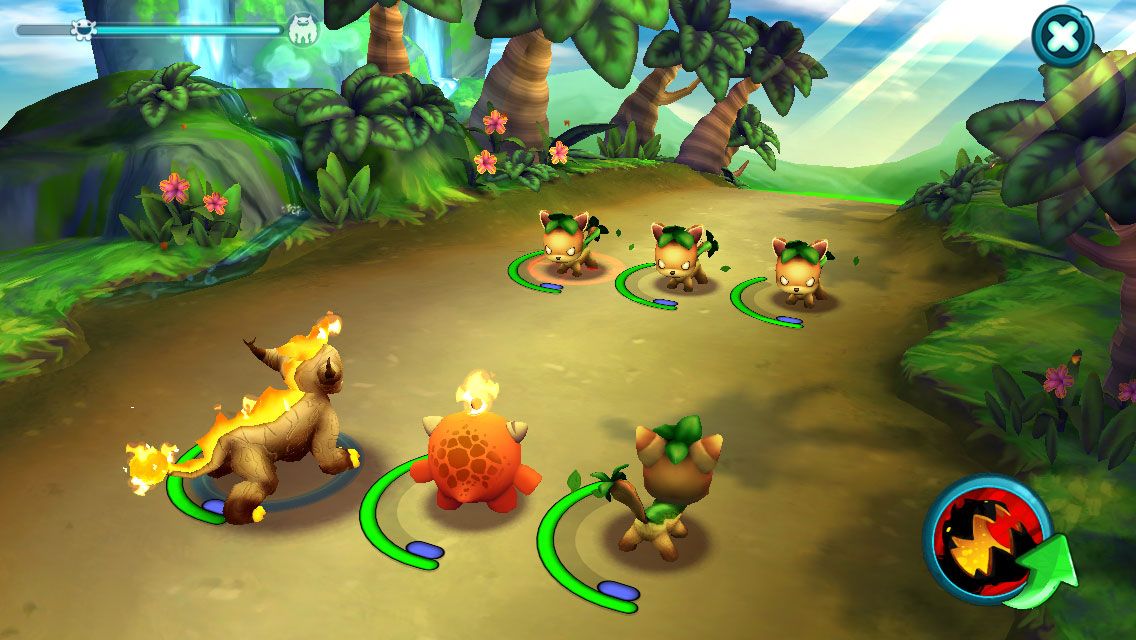 And after an hour of playtime, I’m not disappointed. Amazing Battle Creatures seems to succeed because it knows what it is, and knows what it’s not. This is a mobile game that knows how important quick play sessions are, but doesn’t sacrifice the strategy of monster capture games in the process.

Players progress through a series of stages that pit your creatures in a series of battles against other creatures. The genus of you creature matters in the rock/paper/scissors fashion that genre fans should be familiar with – fire beats nature, nature beats water, water beats fire – and you’ll quickly unlock different moves for each of your creatures. 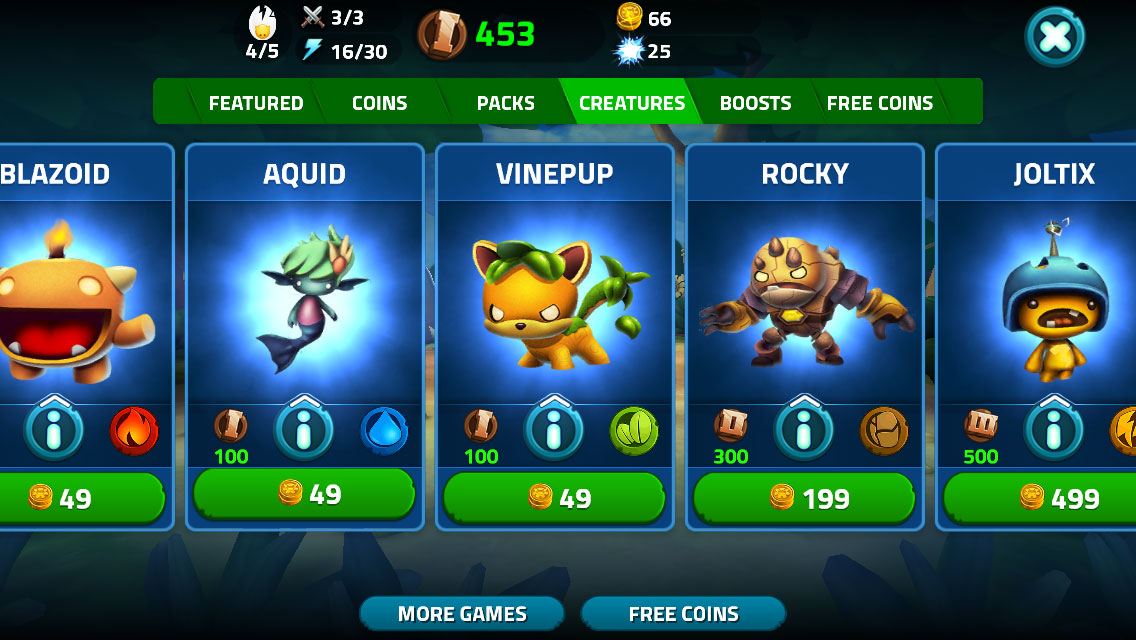 These moves aren’t just generic variations on attack, like you’ll find in sub-par, free-to-play Pokemon alternatives. In the first few minutes you’ll find yourself making choices about which characters make the most sense to try and stun or poison, and if the sacrifice in mana will be worth the end result.

Visually, this one’s a stunner too. I’ve only played through the first chapter (comprised of a dozen or so battles), but the monster designs and animations have me eager to see what else is out there. 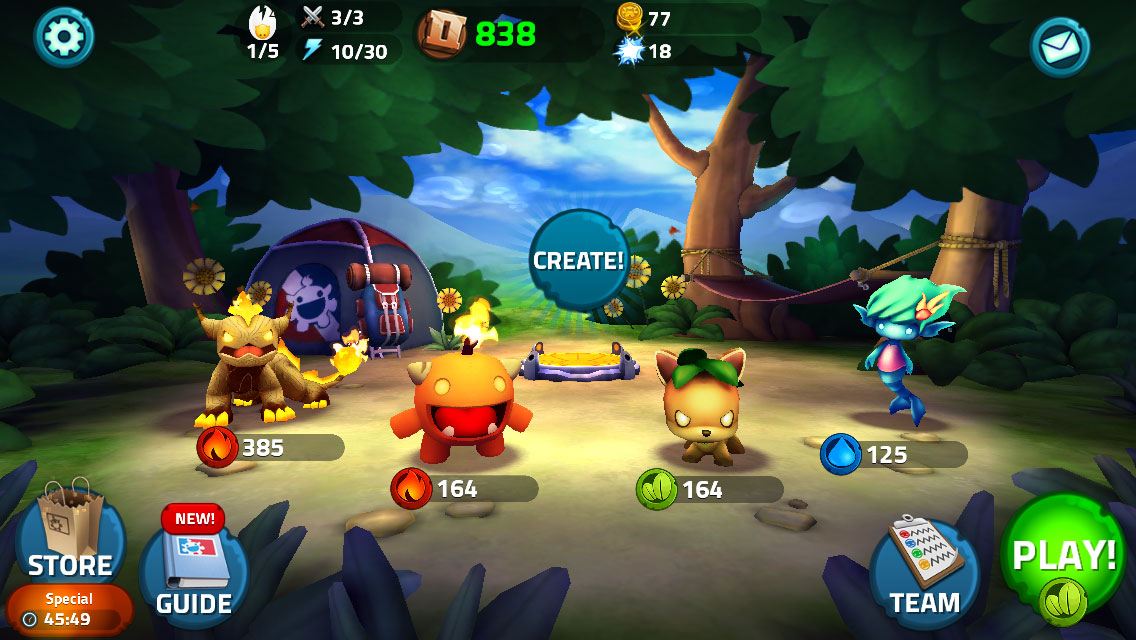 You’ll also have the ability to breed new monsters by combining elements. It feels a little like DragonVale… until you end up with a bad ass lightning dog thing that can really tear things up in the heat of battle.

There’s no word on a release date, but we’ll keep playing it until it comes around. Be sure to check back with us when it launches for our review. And if you can’t wait that long, you can always grab it from the Canadian App Store. (Here’s how to get an account if you don’t have one already).

Heartbreak: There is No Robot Unicorn Attack 3

Smarter than You Gets a Sept 25th Release Date