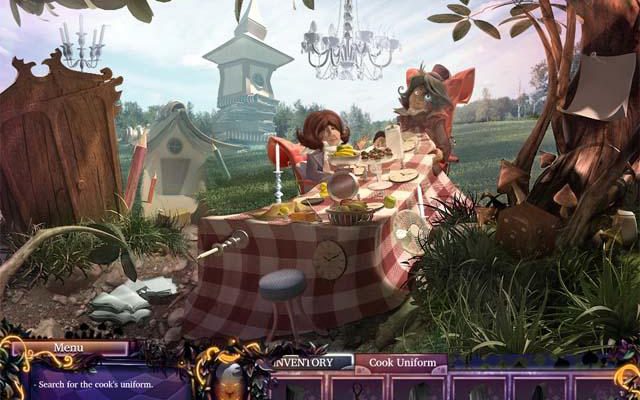 Merscom’s latest hidden object game is based on Lewis Carroll’s Alice in Wonderland novels but with a twist: instead of actually playing Alice herself, you must come to her rescue! Read on for the preview.

You start the game as the proud owner of a new Victorian house in New England. Shortly after moving in you discover that the house has been abandoned ever since a young girl named Alice mysteriously disappeared, along with many other children from the surrounding area, 10 years ago. 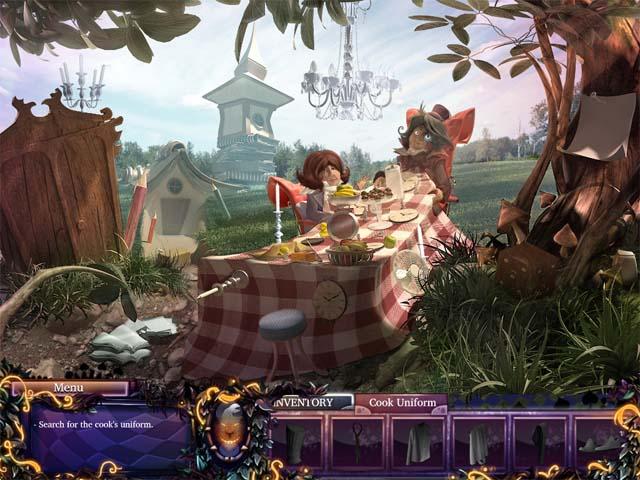 While exploring your new home you find Alice’s room and catch a quick glimpse of the girl (whom you recognize from the newspaper clippings) before she is pulled into the darkness behind the mirror screaming “Help me!” Who would have thought that an abandoned house holds the key to the secrets of Wonderland?

As you explore Wonderland yourself you’ll try to discover the truth behind the disappearance of Alice and the other children, and find the cause of the darkness that has befallen the land. You’ll meet several well-known characters, such as the Mad Hatter and Cheshire Cat, who will help point you in the right direction. Gameplay will be a blend of hidden object and adventure with plenty of puzzles to solve.