Adventure Time Gets a Mobile RTS, ‘Champions & Challengers’, this Fall 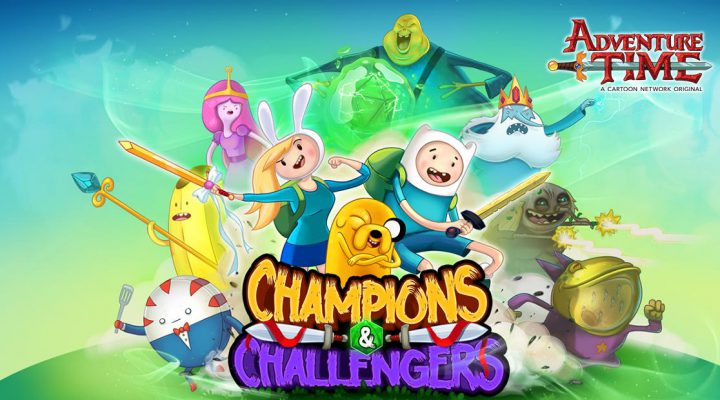 Adventure Time is not only one of Cartoon Network’s most loved series, but also one of its most gamified. There are enough mobile spin-offs available that you can snag an Adventure Time bundle and still not come close to completing your collection. And yet, we’re still just as excited about today’s announcement that another game starring Finn and company will be releasing later this year.

Champions & Challengers – Adventure Time is a real-time strategy game in which players and their opponents will clash simultaneously as their characters’ attack gauges fill. Your team is made up of heroes (and villains) from the Adventure Time Multiverse, which are added to your party as you win battles against the Dice Lord and rescue missing characters. Different parties will have unique synergies which unlock new abilities, making it worthwhile to try out new combinations as they become available. The single-player campaign will feature 120 levels across 12 episodes and over 70 champions to discover, including Princess Bubblegum, Fionna, Cake, the Lich, and more. PvP arenas and special events will allow you to take your team into matches against other players if you need a break from battling the Dice Lord.

This latest entry in the Adventure Time game series is being developed by YesGnome, who have already proven their skill in transforming a beloved IP to a fun mobile experience in Star Trek: Trexels. While there’s no official release date for Champions & Challengers yet, it’s slated to launch sometime this fall for free. Android users can pre-register for the game now on Google Play.