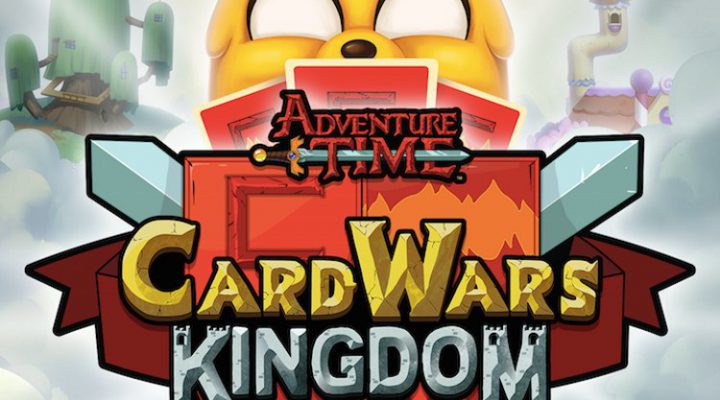 There’s a big multi-platform push going on behind the game too, with a new episode of the TV show featuring more card warring set to air on July 7th, followed by a digital release, a DVD release, a bunch of tournaments, and then Card Wars Kingdom. Apparently this is a “360 degree strategy.” I don’t really know what that means, but it sounds like the sort of thing I’d probably groan at if someone said it out loud in real life.

The new game, which is being developed by Kung Fu Factory will feature PvP and tournament modes, as well as a reimagined version of the Card Wars gameplay. There’ll be a guide book as well, published by Penguin.

There’s also this, Card Wars Doubles Tournament, which is a physical 2v2 version of the game that’s set to release in the summer as well (for those who prefer to clean up their mess once they’ve finished playing a game)

Card Wars Kingdom is set to land on iOS and Android next month. The new episode will premiere on July 7th, with a digital release following on July 8th and a DVD featuring it, the original Card Wars episode, and 14 other curated episodes landing on July 12th.

And if you fancy playing in a Card Wars Doubles Tournament before its official release on August 3rd, then head to San Diego Comic-Con on July 21st to 24th.

Severed by Drinkbox Coming to iOS this Summer