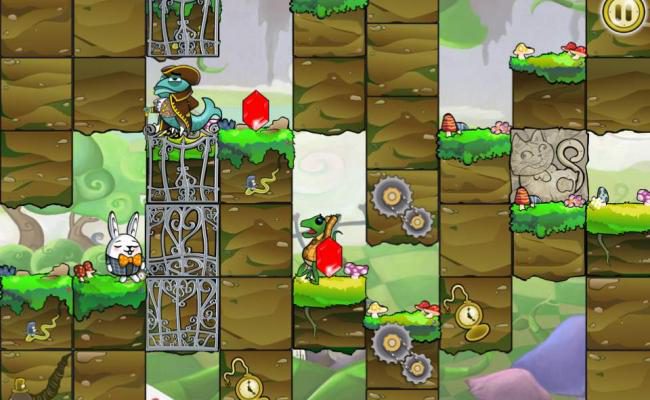 At this point, the White Rabbit should just by a new watch. Yet again, the coloful character from Lewis Carrol’s Alice in Wonderland universe is late. Late – you guessed it – for a very important date. If being tardy for the Queen of Hearts wasn’t dire enough, though, Alice has apparently been taking quaaludes, and wants nothing more than to abscond and squeeze her fluffy little bunny of a friend. This is A Wonderland Story, and things are a little different around here. 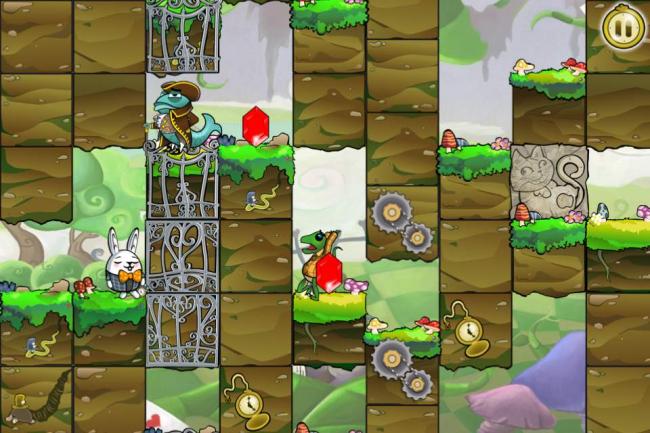 From independent developer Alchemy Games, and in partnership with bustling new label Forest Moon, comes an action-puzzler inspired by classic literature…and Tetris. In A Wonderland Story, players are caught between a Queen and a hard place, and have to avoid the unseemly fate of falling prey to a very needy Alice on their tails. Level by level, you dash from one side of the screen to the other, making sure the White Rabbit stays within the boundaries of what you can see. The catch? Like Nintendo’s excllent Kirby’s Canvas Curse, you control not the character, but manipulate instead the world he’s in.

Sliding a field made of whimsical blocks around (because this is wonderland), you clear a path within which you can both ensure your safety, maintain your speed, and prevent yourself from getting stuck with nowhere to go. Part puzzler, part endless runner, the game is hoping to capture the often hard-to-nail sensation of thinking smartly, but doing it on the fly. Adding to the measured chaos are a series of power-ups that allow you to blast ahead of seemingly insurmountable jams. Meanwhile, for those who really like that “endless runner” part I mentioned, the game comes armed with an procedurally generated endless mode for high-score chasers and on-the-toilet players alike.

We haven’t gotten our hands on A Wonderland Story just yet, but Alchemy’s wonderfully chibi vision of the world down the rabbit hole has me excited to see if the game is as clever in practice as it feels in both aesthetic and concept. Personally, I love games that question the fundamental assumption of play – in this case, the idea of the typical division between control over the world and the characters within it. And while I’m more a “story mode” player myself, I admire that the studio is making an effort to give players of all stripes something to chew on. 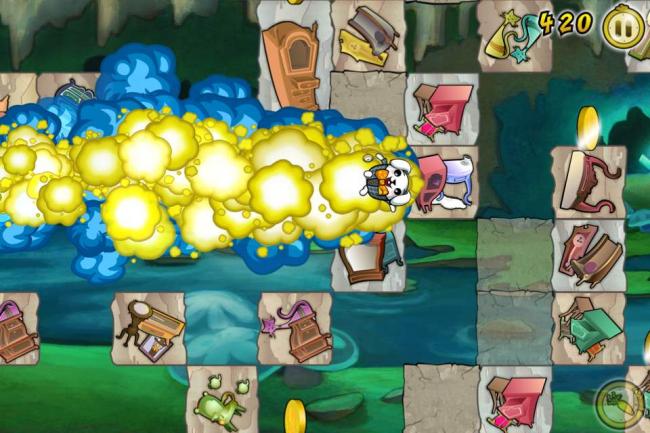 No release date has been set, but you can bet one Jabberwocky that Gamezebo is the best place to check for news, updates on reviews on this upcoming title.

Stone Age: The Board Game Preview