The Best Superhero Games for Mobile 2020 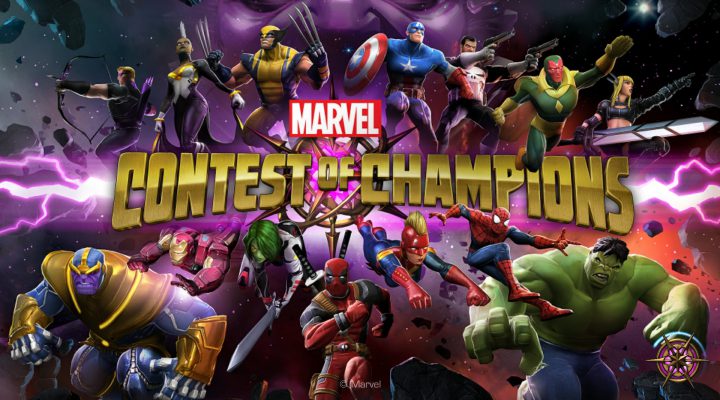 It can sometimes feel like the world is inundated with superheroes. You can’t turn on any device without spotting some new series or experience built around super-powered do-gooders. Or do-badders. And the same is true on mobile.

That’s why we’ve put together this list of the very best superhero games that you can download from the App Store and Google Play Store. There’s a whole bunch of different styles and genres, and we can safely say we reckon we’ve found something for everyone here.

Think we’ve missed off a game? Want to nominate your favorite for inclusion? Then make sure you chuck us a message in the comments section at the bottom of the article. Before that though, here are what we think are the best superhero games for mobile in 2020.

A super-slick, super-polished fighting game featuring a whole parade of Marvel heroes. It’s fast, fun and will have you on the edge of your seat for every crunching blow.

Batman gets the Telltale treatment. Solve crimes, make choices and join the caped crusader in a dark and twisting adventure that’s fill to the brim with shocking moments.

Sentinels of the Multiverse

A smart digital version of the classic card game. It might take a while to learn, but once you’ve got the basics down you’ll discover a brilliant and tactical experience.

A midcore action RPG that sees you collecting heroes and villains from around the Marvel multiverse. You’ll need them all to stop the oncoming end of everything.

Batman might be dour and gloomy, but this game is anything but. All of your fave DC heroes make an appearance in adorable Lego form. This one will leave you grinning.

Download Lego Batman: Beyond Gotham from the App Store and Google Play Store

On the other end of the DC spectrum, here’s a game that’s all about smacking seven shades of super shenanigans out of sour-faced digital representations of spandex-clad heroes. Grrrr. That’s the noise this one makes.

Download Injustice 2 from the App Store and Google Play Store

More Lego goodness, this time with Marvel’s roster of powered-up people-savers. Still silly, still charming and still more fun than any game based on a building toy has any right to be.

Another ARPG. This time you’re building up a team of DC heroes to protect the world from another catastrophe. Expect grind and grins galore.

Even superheroes need someone to tell them what to do. And that’s you. In this game at least. Manage, fill out forms, and build the strongest superhero business in the world.

Download Middle Manager of Justice from the App Store

A gleeful riff on the Pokemon formula. Filled with jokes and joy, there’s almost nothing to dislike in this tie-in to the brilliant cartoon version of DC’s young heroes.

A solid and entertaining runner starring the Powerpuff girls. It’s not going to change the world, but it will keep you engaged for a few hours and sometimes that’s all you want.

Steven Universe. RPG. Fun. Those are pretty much all of the words that you need to know to understand what you’ll be getting when you download this one.

Fans of the Power Rangers are going to love collecting heroes and villains from the different eras of the show. The rest of us will enjoy all the punching and kicking.

Is it a bird? Is it a plane? Nah, it’s a cat with a mask running on its hind legs. Obviously. This super-powered runner is actually surprisingly good, though.

Another runner. This one’s based on the popular animation and sees you legging it through the streets of Paris to stop some terrible people from doing terrible things.

The sequel to Batman – The Telltale Series. More bats, more men, and plenty more adventuring. It’s like living through a comic book. But with more animation.

Download Batman: Enemy Within from the App Store and Google Play Store

If you don’t know what Shaq Fu is, then you’re probably young or incredibly lucky. The giant basketball star is a high-kicking superhero in this bizarre beat-’em-up. Worth it for the “whut?” factor.

A super old-skool action platfomer built around the comic book panels. Still really good, and it works perfectly on mobile.

Fist of the North Star

A mobile game based on the classic Manga. Expect incomprehensible punching and a story that you’ll need a PhD in “you what?” to get to grips with.

Another game built around a Japanese phenom, and with even more incomprehensible punching. This one’s an idle game, so watch out for that.

Stickmen heroes beat the living… sticks?… out of each other. Fast, fluid and actually an awful lot of fun.

A smart tie-in that teaches kids the basics of coding. Learning and superheroes? This one has everything. Or, you know, two things at least.

A bunch of kid-friendly mini-games that swoop past in super-quick time. It’ll keep little fingers busy, and that can’t be a bad thing.

A choose-your-own-adventure story where you build your own hero. Make the tough decisions, roll some dice and try and take down the evil FEAR. Or die and fail horribly.

The Best Card Games for Mobile 2020

Updated: The Best Mobile Games of 2020 So Far