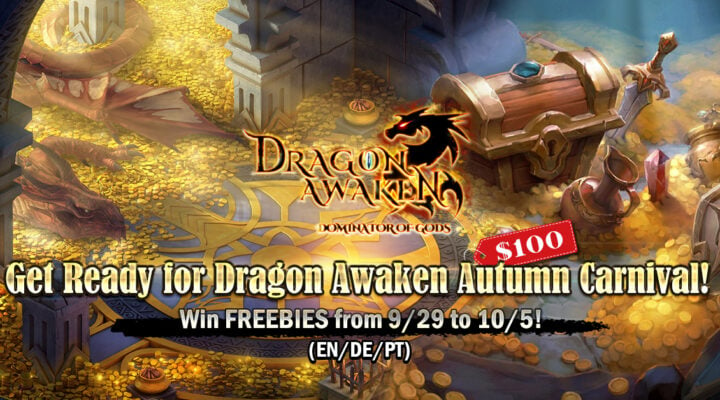 Dragon Awaken, the popular browser-based RPG from Game Hollywood, has had a busy few months.

In case you haven’t played it yet, Dragon Awaken is a graphically impressive 3D MMORPG set in a bustling fantasy universe. It sees you exploring dungeons, taking on other players in PvP, levelling up your character, and more.

Dragon Awaken is an unashamedly traditional fantasy experience, with dragons, knights, spells, dungeons and all the stuff you associate with the best RPGs.

In July, the English language version of the game completed its upgrade to HTML5. German, French, and Brazilian Portuguese versions followed, while the Spanish HTML5 upgrade is happening right now.

Game Hollywood clearly feels like celebrating. The studio is hosting an Autumn Carnival event in association with Game Hollywood Games and R2 Games, the two online platforms where you can play Dragon Awaken for free.

The Autumn Carnival event will run from September 29th until October 3rd. It will consist of a Daily Check-In and Wheel and Flip games, giving you the chance to hoover up abundant rewards.

There’s going to be an in-game bonus until October 5th, too. All you’ll need to do is collect Olive to win free items.

But that’s not all. Dragon Awaken is also getting a huge update.

Dragon Imprint, which unlocks at level 73, will give you a new gateway in the Dragon-Dragon Essence interface. This lets you increase the stats of Resistance Gems and Anti-Resistance Gems (which are increased by 30% every ten levels).

Demon Altar, meanwhile, is a Level 66 multi-dungeon event that’s only available in cross-server rooms. It sees you taking on three breeds of monsters and a vicious demon boss, using Fel Energy to boost your chances.

With so much going on, this is a good time to get your Dragon Awaken adventure underway.

Play it for free right now on Game Hollywood Games and R2 Games. 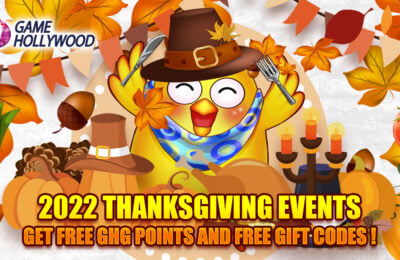 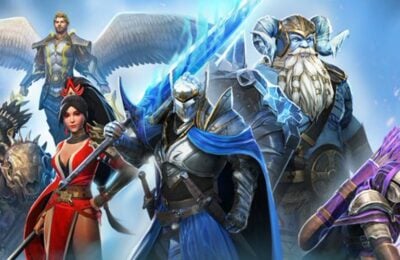