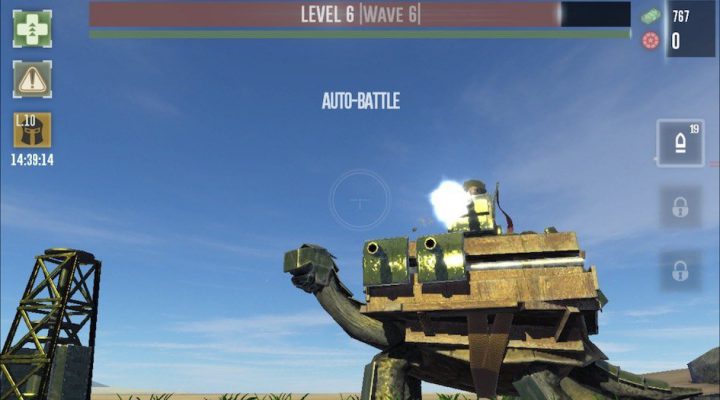 Upgrades up the whatever a tortoise wazoo is called

Not a lot of direct action

At first glance, War Tortoise doesn’t seem like much of a departure from the norm for Foursaken Media. It’s a game where your primary goal is to defend a specific area/target (in this case an armor-plated tortoise) while slowly using the goodies earned through defeating enemies to upgrade your abilities and build up secondary defenses. So basically it’s like 80% of Foursaken’s library. That sounds cynical, but I actually count it as a good thing.

Yet again I feel obligated to admit that I’m something of a Foursaken Media fanboy, so make of that what you will. But when you consistently excel at certain things (like creating defense games, for example), why not play to your strengths? And that’s exactly what’s happened here. War Tortoise is a little bit “more of the same” with a healthy sprinkling of “but also different.” It’s also pretty dang enjoyable. 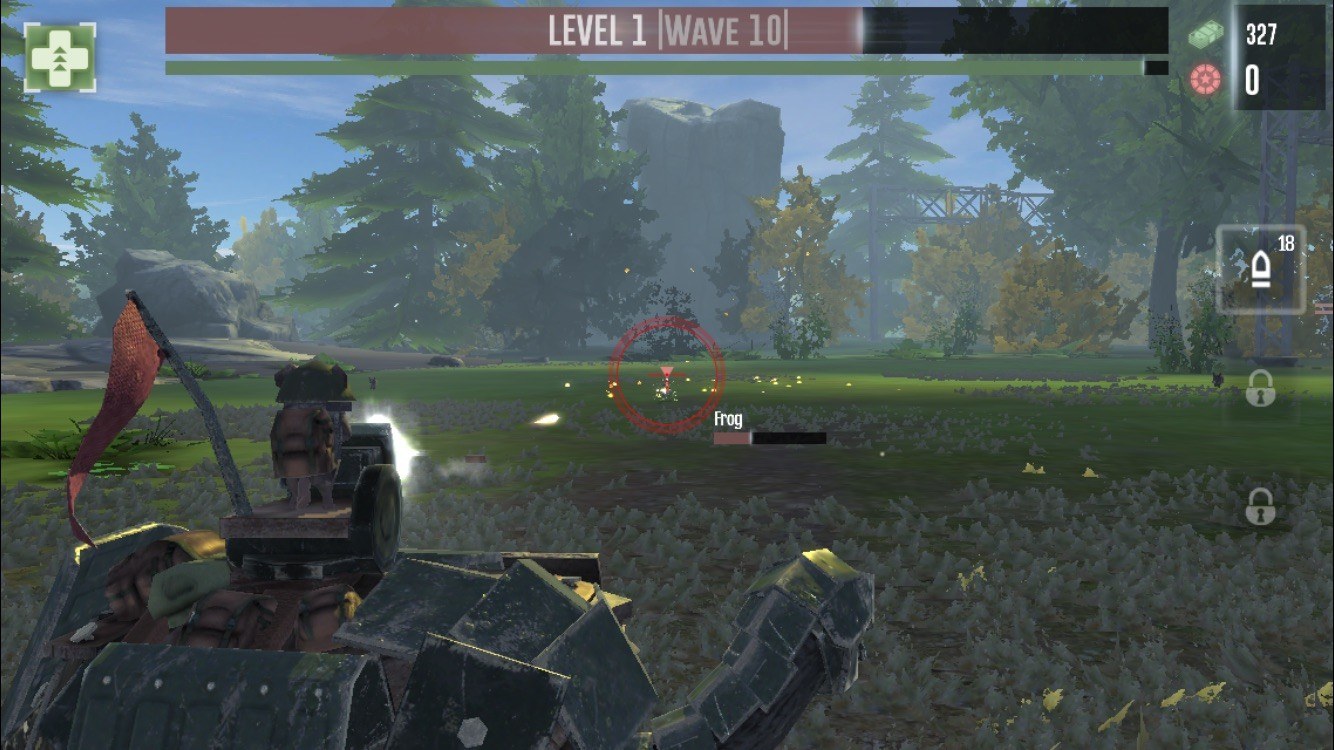 Right from the start, there’s just this tortoise sitting in the middle of a field, and a whole lot of other critters are out to get it. Fortunately, the tortoise isn’t defenseless. In fact, it’s almost cartoonish just how defended it is. Metal armor plates and a high caliber machine gun (with a mouse in the gunner’s seat) is only how it starts. 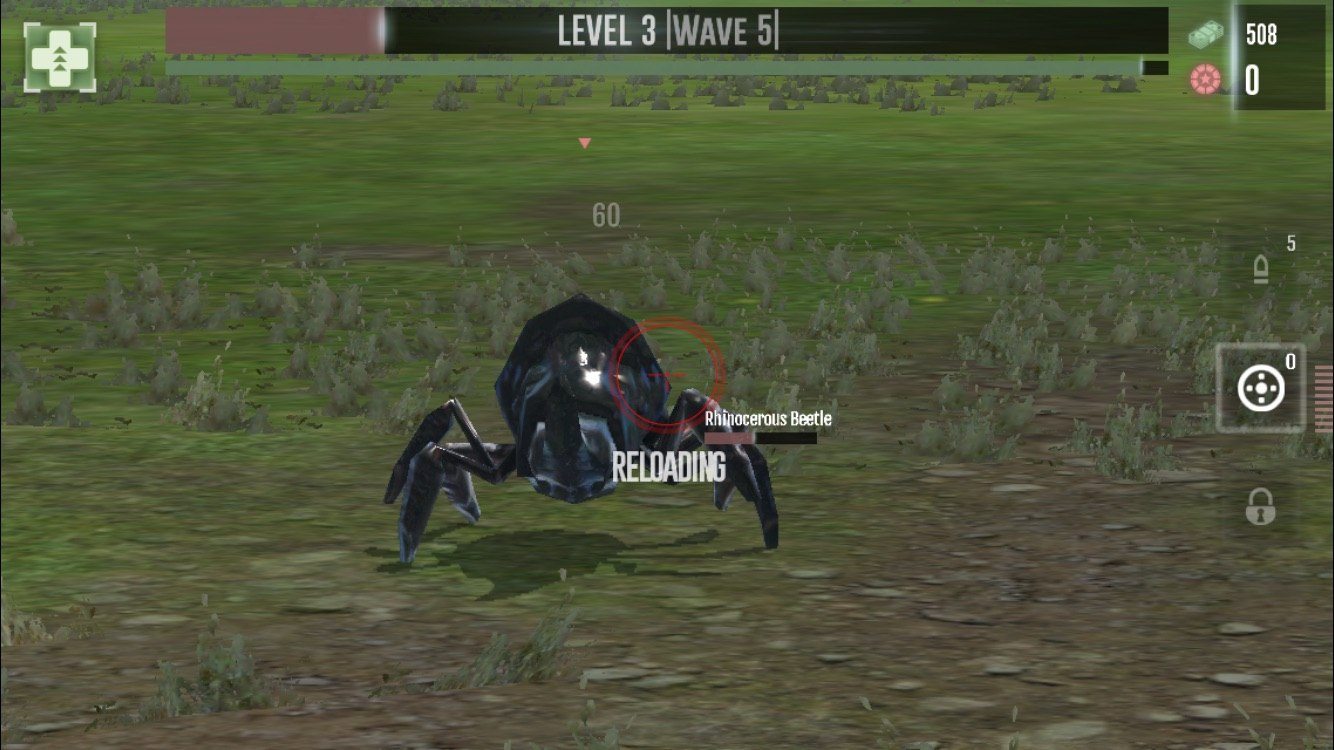 The tortoise itself is immobile, so rather than trying to deftly avoid attacks, your goal is to straight-up decimate enemies before they can touch you. Each enemy you take down and each wave you complete will earn you money that can then be spent on upgrading things like health, armor, and machine gun stuff like damage or fire rate, as well as unlocking new things like defensive gun turrets, attack bees, gunner mice and so on. And of course every new thing you unlock can also be upgraded in several ways. On top of all of that, you can also unlock or purchase “perks” that give you all sorts of permanent boosts like more starting cash, increased health, and so on.

Mechanically, this amounts to swiping the screen to aim your weapons while occasionally tapping to collect the resources your mines cough up. The action isn’t particularly fast-paced. However, there is some strategy to how you prioritize targets — as well as how you decide to expand your arsenal, and how you decide to use more powerful weapons with smaller ammo clips and longer reload times. With enough upgrades to your support units, you can usually glide right through the early levels with “auto-battle” turned on (the primary machine gun automatically shoots at the closest target, with a reduction in accuracy), but later on you’ll definitely need to start picking targets manually. Gunners tend to hang back and can hit you from quite a distance, after all. 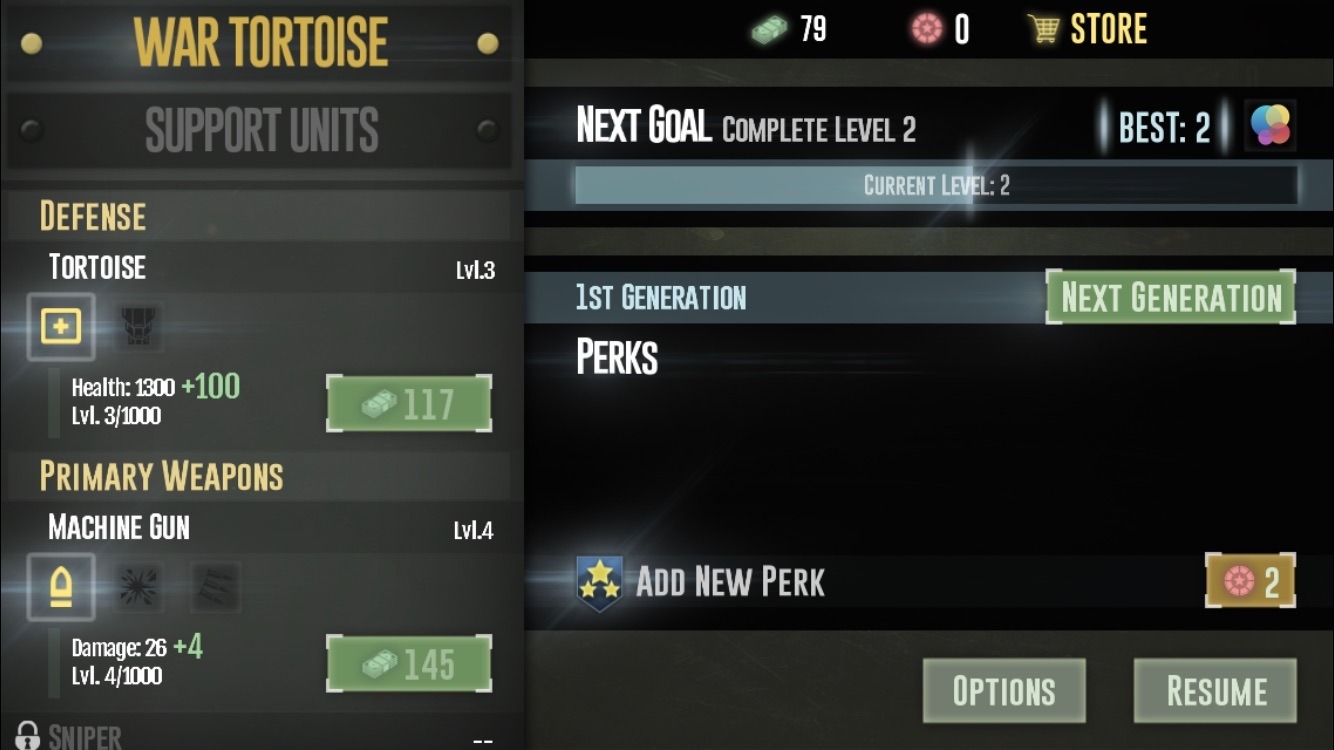 As you’d expect, enemies start to get much, much (much) tougher themselves, so you’ll be upgrading your arsenal and defenses constantly — but no matter what you do, you’re inevitably going to fail. When your tortoise is defeated, you’ll be able to restart from the beginning of the current level, pay a little premium currency (the name escapes me but they look like some sort of gear/star thing) to continue right from where you left off or start over from the beginning with a new generation. I know starting over sounds like a pain, but with each new generation of tortoise, you’ll see a slight increase in things like overall damage and income generation. Plus any perks you have will carry over to the new generation as well.

Now I’m kind of in love with War Tortoise, but it does have faults. For one, while I greatly appreciate being able to earn money over time while the app is off, and even regain health, it feels kind of cheaty. Not so much the money-earning but the health regeneration. It’s way too easy to simply close the game when the tortoise’s health starts to get low, then log back in later with a full health bar. Granted, this technique will eventually fail as tougher enemies make the odds overwhelming, but I still feel like I’m cheating a little bit. 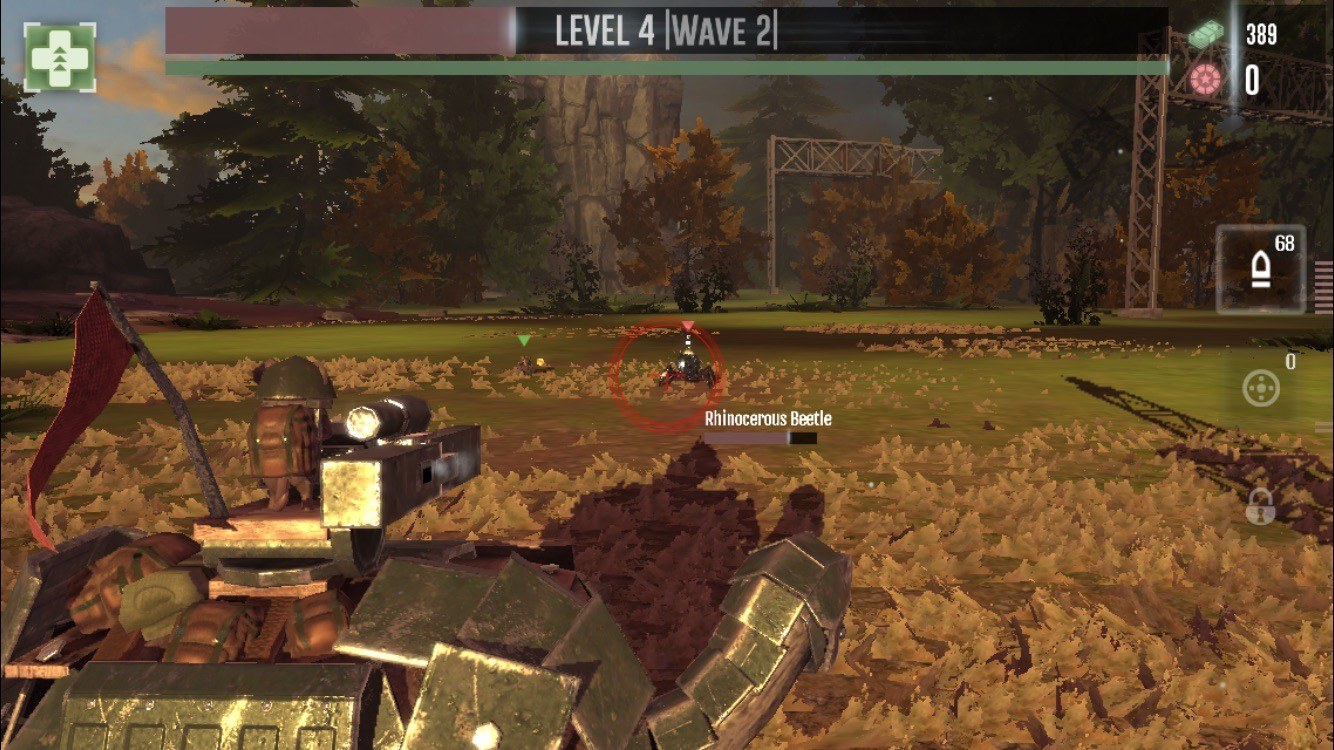 Another slight problem is that there doesn’t seem to be any sort of explanation about what each upgrade actually is. Stuff like health and armor is obvious, of course, but the only way to find out what something like the Sparrow Squadron or Mortar Rack do is to purchase them and see what happens. It’s not the worst problem to have, and virtually everything you can buy is useful in some way, but it would make prioritizing my spending easier.

The action admittedly feels somewhat hands-off, but War Tortoise is definitely still a challenge. It gets easier with each failure, but then you’ll get a little further and suddenly it’s not so easy anymore. Then before you know it, you’re dealing with raccoons wielding riot shields, armored iguanas, sword-swinging toads and all sorts of other bizarre threats. Then you shoot them in the face. Honestly, what’s not to like?

12 Labours of Hercules 5: Kids of Hellas Review – For the Kids