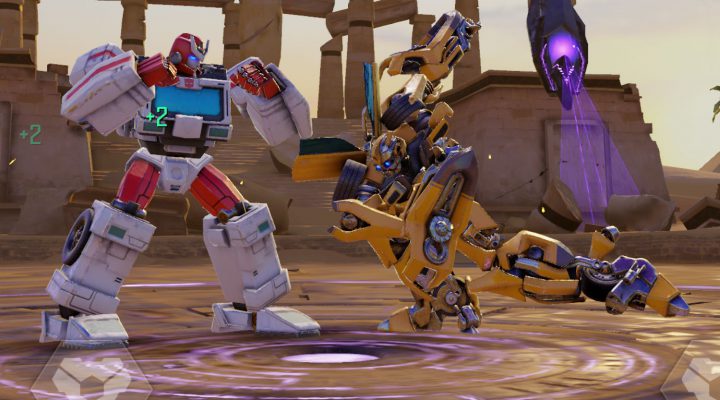 Follows a successful mobile fighting game blueprint and adds to it with things like ranged attacks.

Base building element is well thought out.

Nice attention to detail for the wide range of Transformers characters in the game.

Expect some slowdown and loading waits on older devices.

There’s nothing wrong with sticking to an area where you’ve already found proven success. Since Kabam has Marvel Contest of Champions to prove it can do a great mobile fighting game, why not revisit that idea with a different but still very popular IP? Transformers: Forged to Fight is a logical step forward, taking what worked so well about the Marvel game and adding in enough new features to make it something legitimately new.

That last part is important because Kabam (now part of Netmarble) could have coasted and simply reskinned Contest of Champions with robots instead of superheroes. Happily, Forged to Fight shows off several different dimensions in both the literal and figurative senses of the word.

We’ll start with the literal. This is definitely still a fighting game at heart and the gameplay focuses on one-on-one showdowns between two Transformers. The basic controls are the same as in the Marvel title, with taps and swipes on the right side of the screen for different kinds of attacks and blocks and dashes on the left. 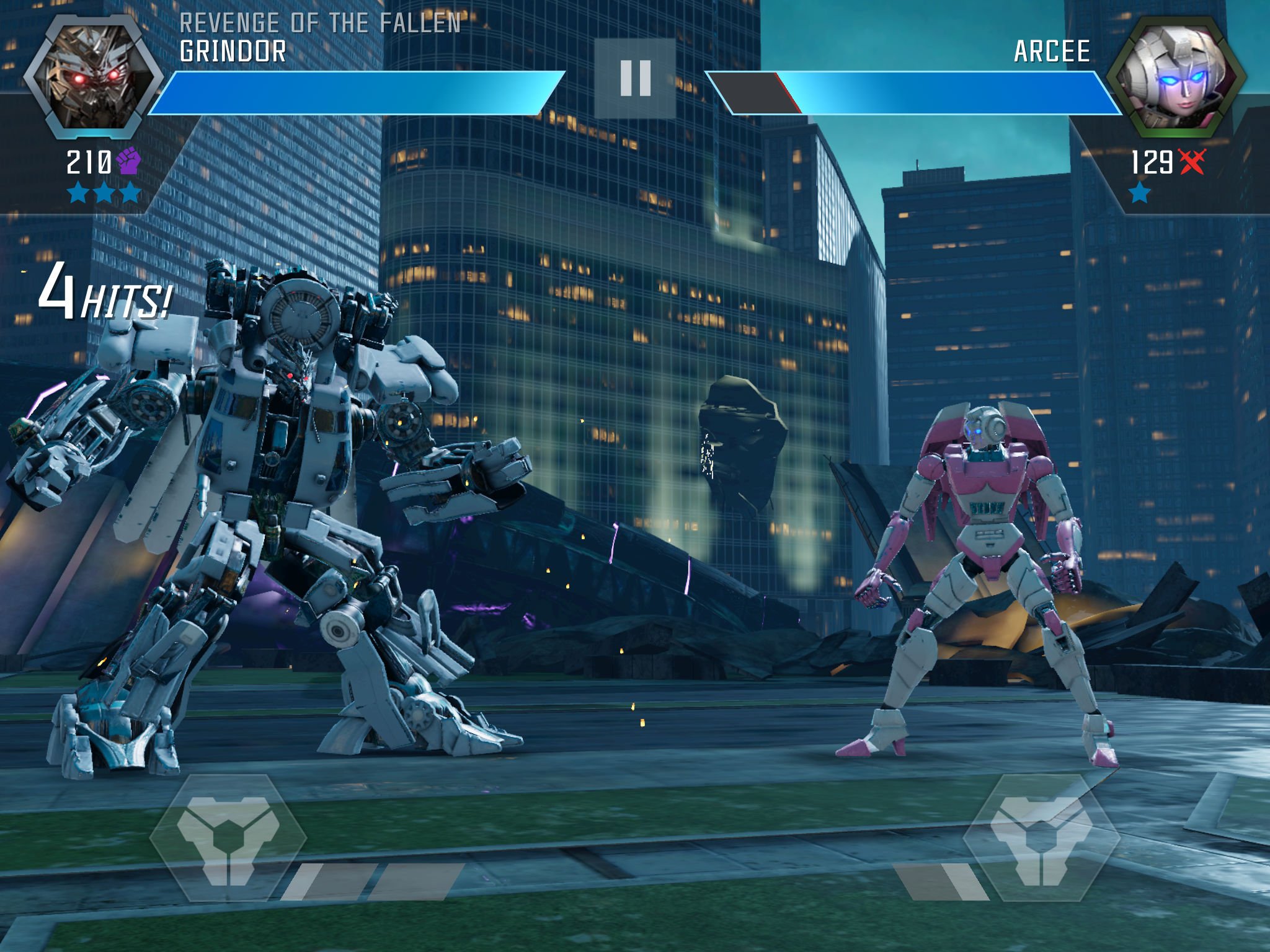 What’s new is that the graphics are in 3D, as is the action. If you dash away from your opponent, your Transformer will whip out a gun or other ranged weapon and fire away when you tap on the right. It’s also possible to sidestep incoming fire by swiping up or down on the left side of the screen. It doesn’t feel like a huge deal at first, but it opens the combat up a little more to make it feel less samey over time, plus it’s just a cool acknowledgment of the idea that Transformers don’t just slug it out hand to hand.

An ongoing issue with any Transformers video game is how to make it feel like their alternate modes are worthwhile in a fight, and Forged to Fight mostly does a good job with that too. Some of the bots just turn into cars or trucks and ram their opponents when you do a heavy attack, but others can fire projectiles across the screen, and the alternate modes come into play for some of the game’s most creative special moves as well.

Along with the expected story mode — which really does have a lot of story and a logical explanation for why the game features Autobots and Decepticons working together on your squad and a reason for Forged to Fight to draw from all the different Transformers properties — arena mode and daily missions, there’s a base building and raiding element too. It’s not the typical build and battle fare, though; each player’s base is actually a mini-map in and of itself, meaning invaders need to battle their way past bots you leave to defend certain nodes.

The great part about that arrangement is that there’s a useful role for almost every character you collect. Sure, you might have a handful of three-star bots that do most of your questing, but the one and two-star characters can still defend the base or be sent on resource-gathering away missions. One thing that would have been another nice improvement over Contest of Champions is a simplification of the confusing system of various crystals and currencies, but that’s a small complaint in the overall scheme of things. 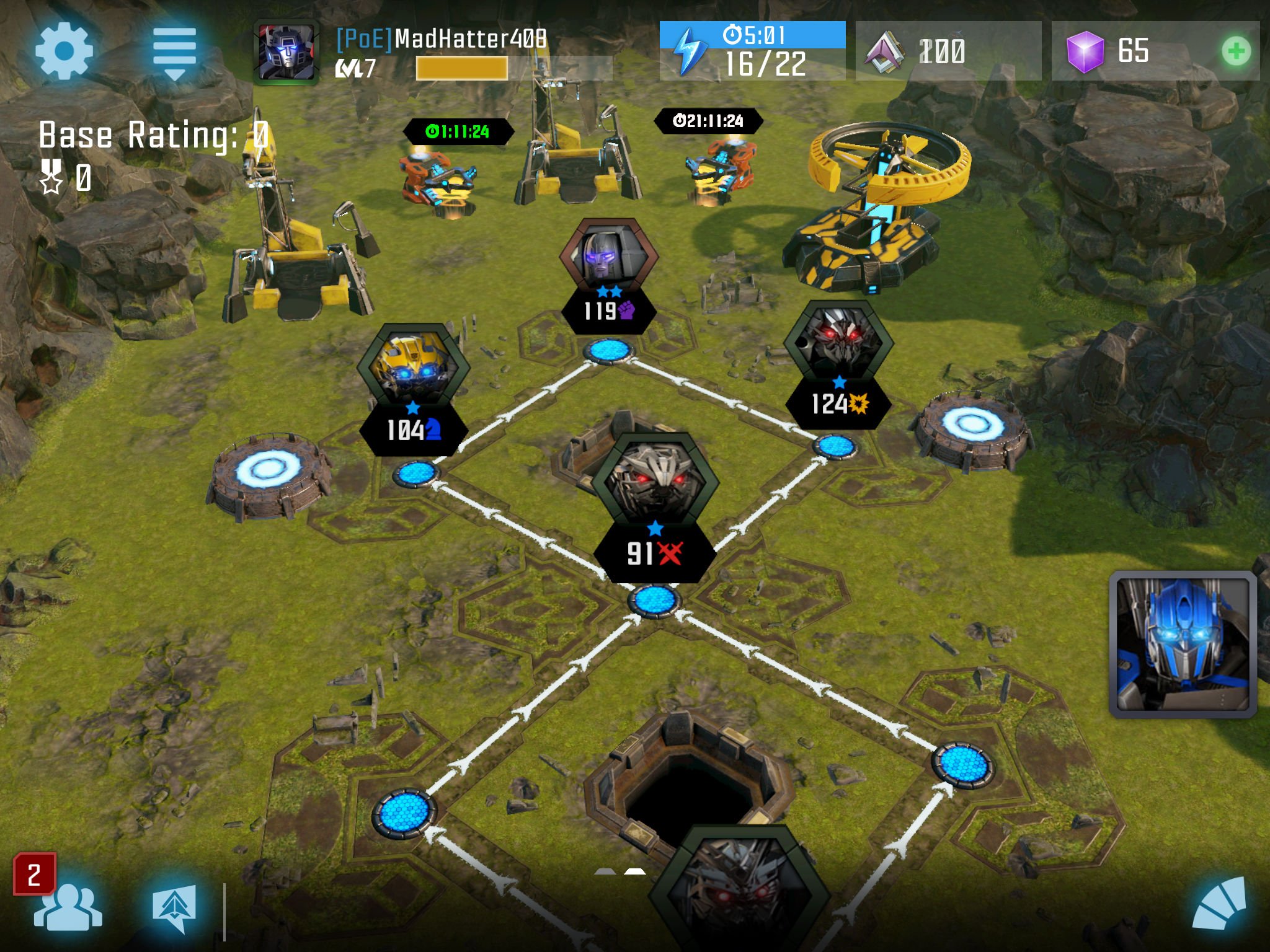 It’s clear that Kabam put a lot of effort into the finer details as well. Not only is everything in 3D, including simply moving around the maps, but the sound effects are on point as well. For example, characters from the animated series make the sounds you’ve grown to know and love when they transform, while bots from the movies make entirely different sounds. Mobile gamers who aren’t big Transformers fans might not pick up on stuff like that, but it’s there for the people who care.

The developers claim that Forged to Fight will downgrade slightly so you don’t need a top of the line device to run it, but it definitely seemed to be giving my first-gen iPad Air all it could handle in-between fights or when switching modes. That’s something to consider but shouldn’t dissuade you from playing, as once a battle started up, everything appeared as fluid as could be. 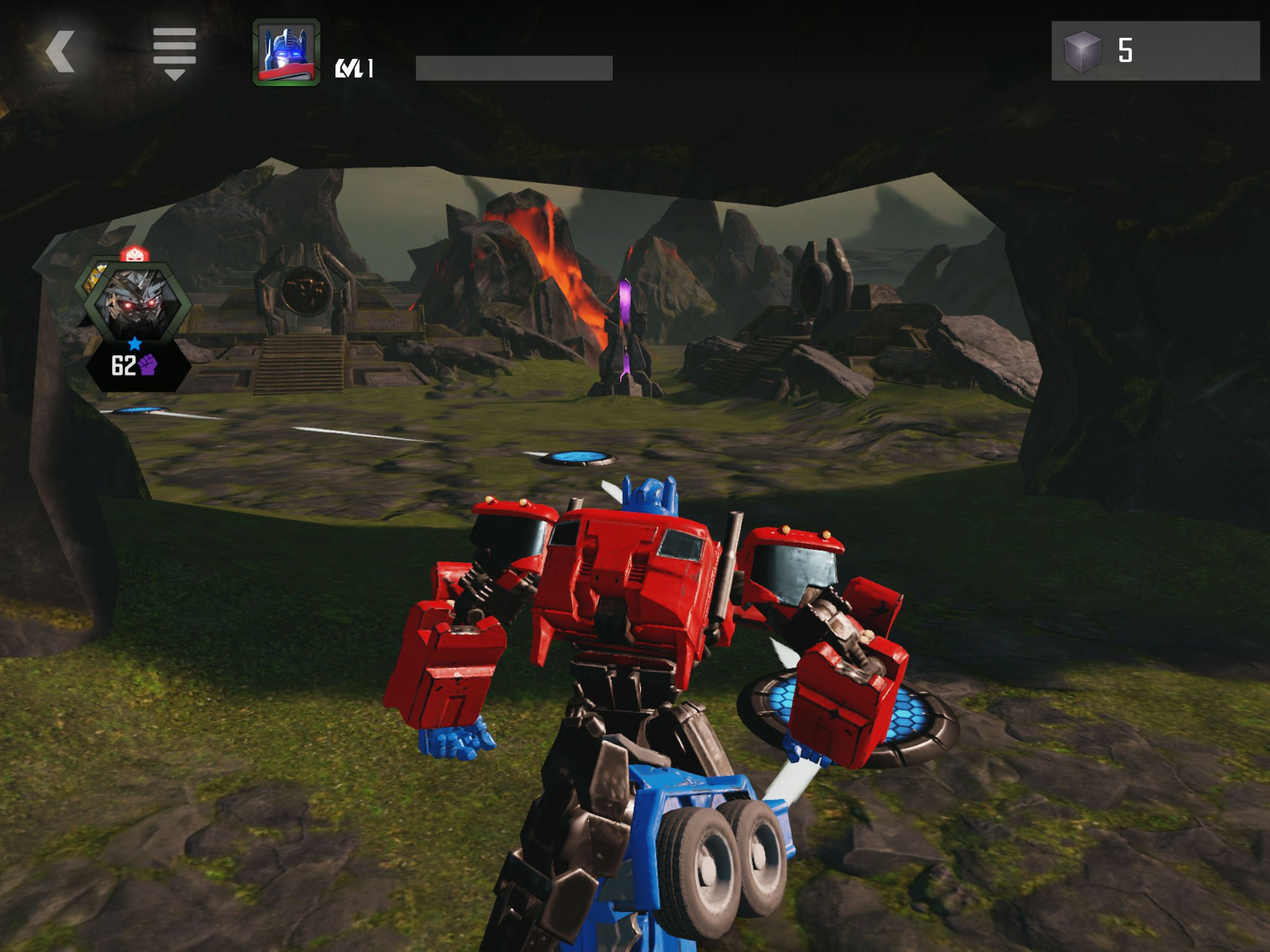 There already appear to be a number of Marvel Contest of Champions players who are giving the new game a shot, and it’s obviously going to attract Transformers fans as well. But you really don’t need to be in either of those groups to appreciate Forged to Fight, because it’s just a top notch mobile fighting game, one that should be hosting brawling bots for some time to come.