Tonight’s 4 New Mobile Games You Should Know About 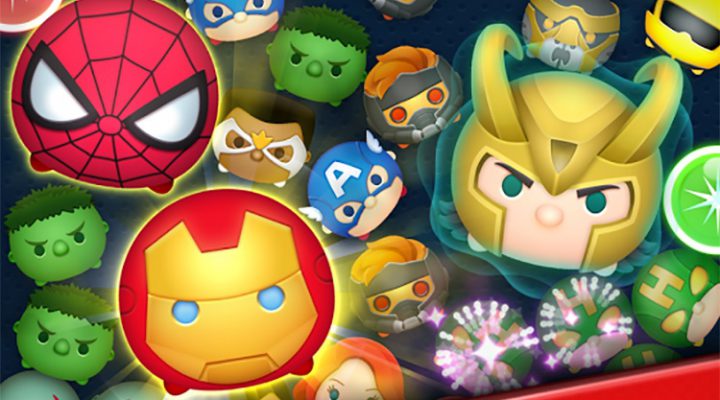 While there may be a few surprises in store for fans of iPhone and Android gamers when the avalanche of new releases hits tonight, from what we know so far, this week’s biggest hits come in just two flavors: stylish and super.

Whether you prefer to be heroic or just so hip that it hurts, there are a few top notch choices in store:

One of the greatest music+puzzle experiences of all time is getting a new mobile game tonight. If you’ve never played the original (probably because you’ve never bought a PlayStation handheld), then tonight is your lucky tonight. Get ready to clear blocks to the beat in this wonderfully rhythmic falling blocks game.

Disney’s adorable Tsum Tsum line of toys has recently expanded to included the Marvel universe — and now their mobile offerings are following suit. Similar to last year’s Disney Tsum Tsum mobile game (as well as Yo-Kai Watch: Wibble Wobble), Marvel Tsum Tsum has players matching up heroes in a big drum where they’ll draw on physics for a natural fall whenever you clear away their brethren. Marvel Tsum Tsum has hit storefronts in advance of tonight’s new release onslaught, and is available for download on the App Store and Google Play now.

BLUK might have the most awe-inspiring trailer I’ve seen yet for a game about simple (though precise) jumping. From the creator of last year’s Huemory (which,  full disclaimer, the author of this post consulted on) comes a new minimalist experience about jumping from tower to tower and finding the perfect trajectory. Fans of physics and precise gameplay, take notice. If you want to get an early start, this one snuck onto the App Store this morning.

When it’s time to stand up to an alien menace, what can you do if you’re just one little boy? Suit up, apparently. Super Powerboy is an autorunning platformer with some great visuals that sees you battle an alien menace while piecing together a pretty kick ass set of futuristic armor. Just don’t call this guy Lil’ Tony Stark. He hates that. (Probably)