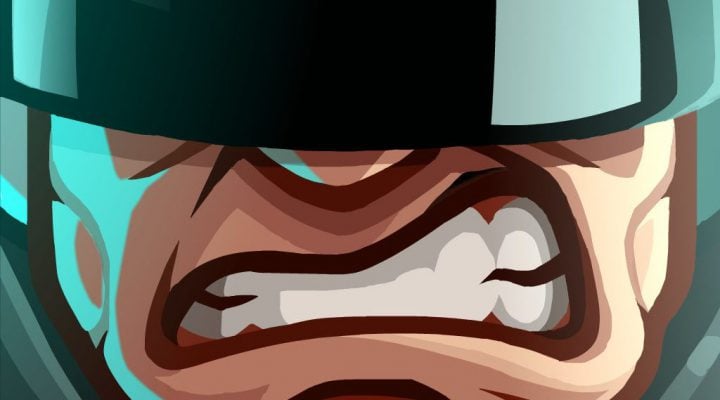 Week got you down so far? Let us point out two very important things that might cheer you up. The first is that the week is nearly over, so you just have to bear down and grit through another day or so. The other is that there are new mobile games in the app stores once again.

You can almost see the sun shining brighter and hear the birds singing more sweetly already. Knowing that there’s new stuff to download to your phone or tablet just has that effect on us. But maybe we’re weird that way.

Assuming you’re of a somewhat like mind, you’ll probably enjoy this quick spin through the best of what’s new this week, or at least what appears most promising to us. Onward, and take that, crummy week! 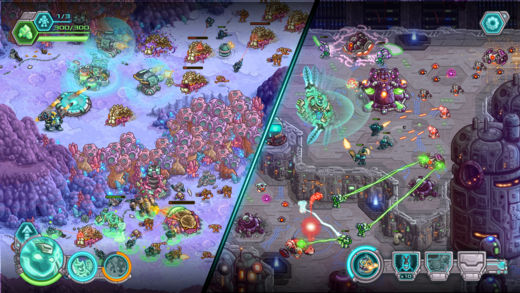 If we could do these blurbs in the voice of Epic Voice Guy from Honest Trailers, we’d start out by saying, “From the people who brought you Kingdom Rush … ” Because it really is by Ironhide Game Studios, turning their attention to the RTS genre. Visually, it definitely takes some cues from the company’s previous titles, but it looks like a crazy rich and challenging RTS experience, and we’re looking forward to getting lost in it for hours at a time. Hours we can’t really spare, but hey. 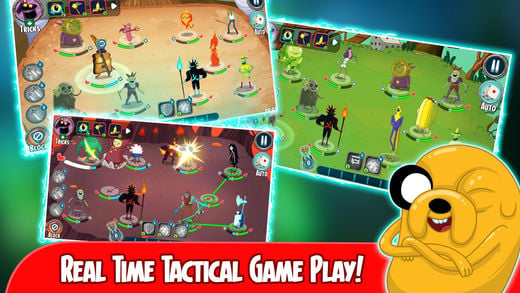 Because of its inherent awesomeness, Adventure Time has proven to be fertile ground for sprouting all kinds of mobile games of various genres. Champions and Challengers is one we haven’t seen yet, offering real time tactical battles with the crazy and colorful cast of characters from the Land of Ooo. Sounds like an excellent idea for a game, and if the execution is even three-quarters on point, this could be a big hit. 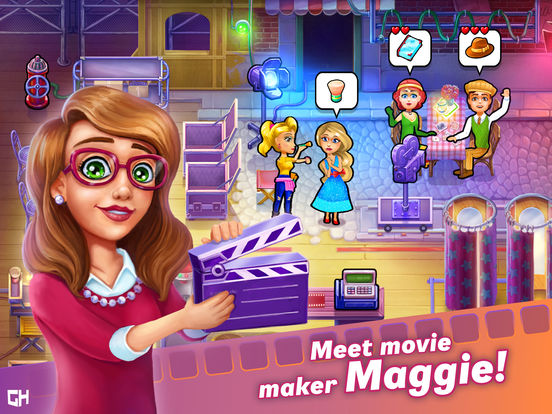 Anyone can do time management by cooking or farming or what have you. Let’s think bigger. Say, let’s do some time management by making some of those moving pictures all the kids are talking about. Thanks early 20th century guy, we’ll take it from here! Maggie’s Movies already has a nice following from its PC release, and we loved it in that form. Now it’s available on iOS and Android as well, so you can help aspiring movie director Maggie make the movie she always dreamed of doing. And then a sequel, because the studio is going to want to cash in while it can. 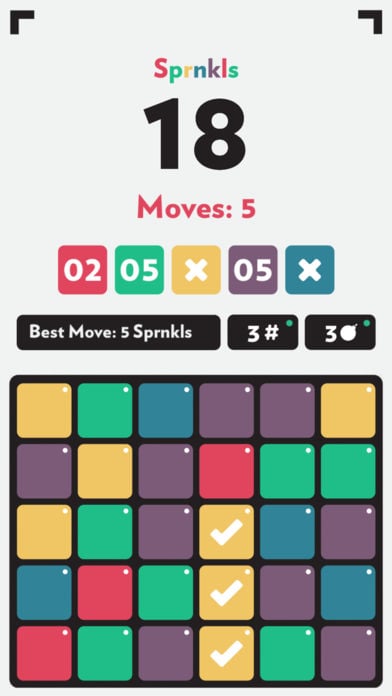 For the love of Pete (the Disney one, we assume), what happened to all of the vowels? What did they ever do to you, mysterious person who took them? Anyway … The Frosty Pop Corps has done this kind of titling before with rvlvr., and that game was pretty keen. Sprnkls looks like it might be too, what with its match-3 take on those old sliding puzzles you used to have that had one empty space. With three game modes, power-ups refreshed daily and much more, expect to be puzzling ’til your puzzler is sore. A Doctor told us that once. 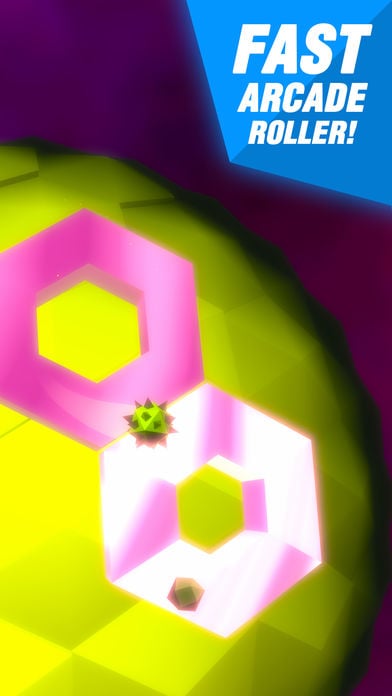 Not enough games make use of the fact that iOS devices can be tilted as part of the gameplay, so Tiltagon Turbo is out to rectify that oversight. Looks a tiny bit reminiscent of a blockier Marble Madness, if you’re old enough to know of what we speak, but probably less frustrating since there’s no trackball involved. And if you are just strictly anti-tilting for some reason (maybe your grandparents owned a pinball parlor or something), you can switch to touch controls if you so desire. 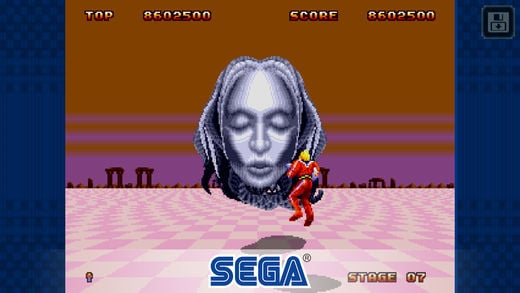 Well, Sega, this is a little bit awkward. See, we were slightly critical of your latest mobile initiative in terms of the games you’ve chosen to release, but then you had to go and drop Space Harrier II on us. Well played. It’s not even the least bit hyperbolic to call this sci-fi rail shooter a classic, and even if you don’t have fond memories of dropping quarters into it, you’ll probably enjoy its trippy atmosphere and whacked out enemies. We’re not saying all is forgiven, but a big chunk is. 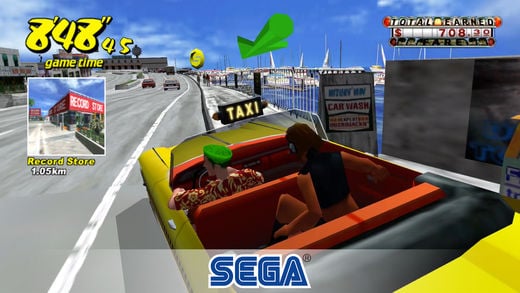 And oh man, this helps a lot too! Yours truly had this on Dreamcast, and it was the only game the woman who became Mrs. Yours Truly would ever play. Not sure you can get a higher endorsement than that. Remastered for mobile from the outstanding original, this is taxi driving from a more innocent time, before Uber was a thing and sometimes fares waited for you on the bottom of a body of water. Hey, merpeople need affordable transportation too. 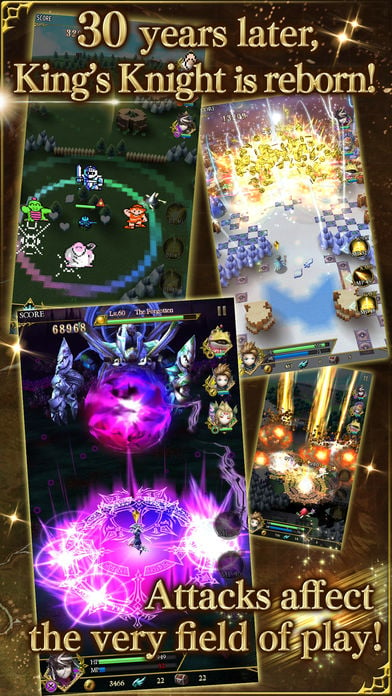 Square Enix is like the gift that keeps on giving when it comes to RPGs on mobile. Sometimes they hit you with a mobile port of a console game from years gone by, other times they feint and then smack you with a new title designed specifically for phones and tablets. King’s Knight belongs to the former category, a game from … wow, 1986? The big difference between this game and other Square Enix golden oldies is that it’s a vertical scrolling shooter that also has RPG elements. How’s that work? You’ll just have to try it for free and find out. 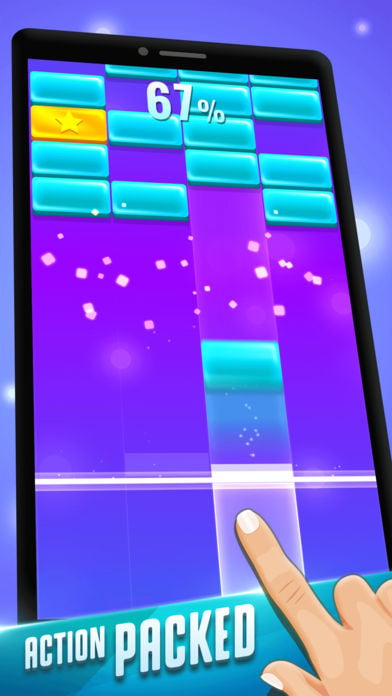 Last but not least, we’ve got Brick Shot 2, which hopefully answers the question of why there is still a surplus of pixelated bricks out there when video game players have had literally decades to make sure they were all broken. Since they aren’t, you can help do your part over 100 levels and seven game modes, all backed by what the App Store write-up assures us is “Heart Pumping Music.” Hopefully not pumping too hard. Some of us are games journos, after all, and exercise isn’t our first language.