This Week’s 10 New Mobile Games You Should Know About 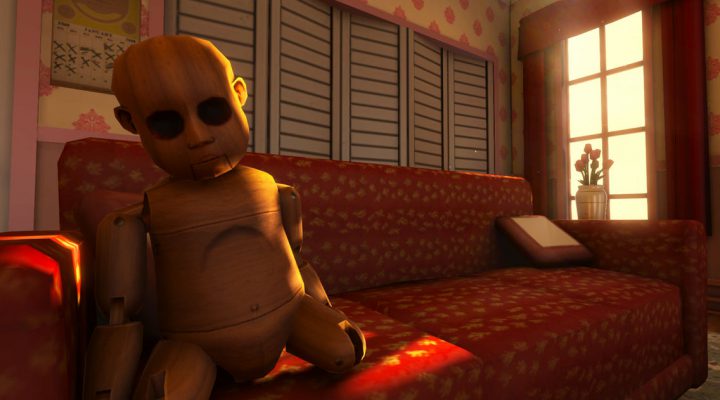 Would it be too obvious to give thanks for new mobile games a week out from Thanksgiving? Well too bad, we’re doing it anyway.

(Note here that we’re talking about American Thanksgiving, with all due respect to our colleagues and friends in Canada, who celebrate the holiday way too early.)

So yes, we’re extremely thankful for all the hard-working developers out there, from one-man or one-woman shows to cogs in mighty teams at big studios. They give us brand new stuff to geek out over on mobile week in and week out, and we couldn’t imagine life without them.

Just typing that got us all fired up to check out what’s new this fine week of November. Let’s do it. 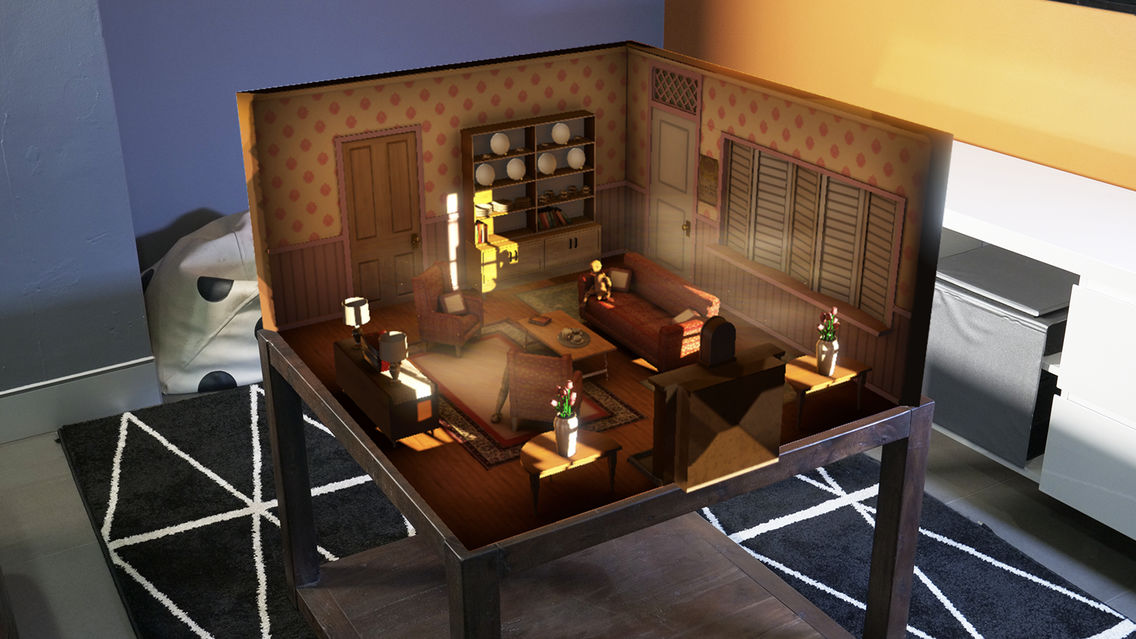 You know Halfbrick Studios as the force behind such titles as Fruit Ninja and Jetpack Joyride. You might not have expected an AR thriller from them, but that’s exactly what we’ve got here. Showing off the power of the latest iPhones, Shadows Remain plunges you into the tale of a mother trying desperately to save her son from the clutches of a mysterious, seemingly evil force. Good thing she’s a journalist and you’ve got a finely honed eye for solving intricate puzzles. Just don’t freak out as they appear in the world around you. 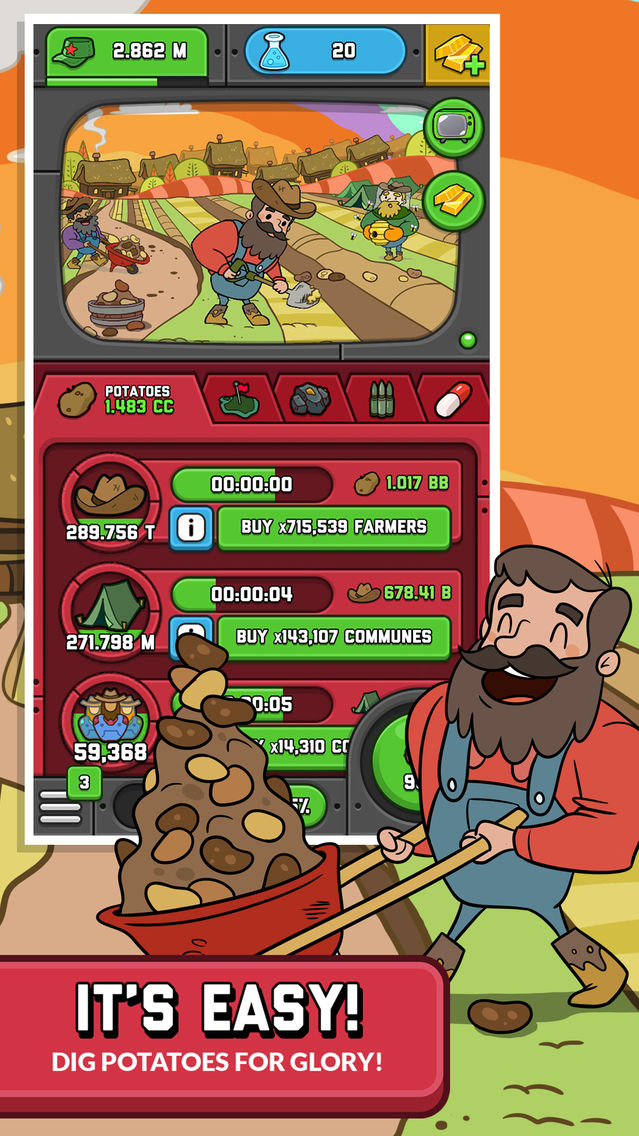 You’re probably familiar with AdVenture Capitalist, a popular idle clicker. Consider this its diametrically opposed number, something of a philosophical arch-enemy. As the name suggests, instead of celebrating the “greed is good” philosophy of Gordon Gekko and his ilk, you’re in charge of your very own Communist State here. Expect there to be jokes, possibly even at the expense of Communism. But you can definitely make it happen because you’ve got what it takes, right comrade? 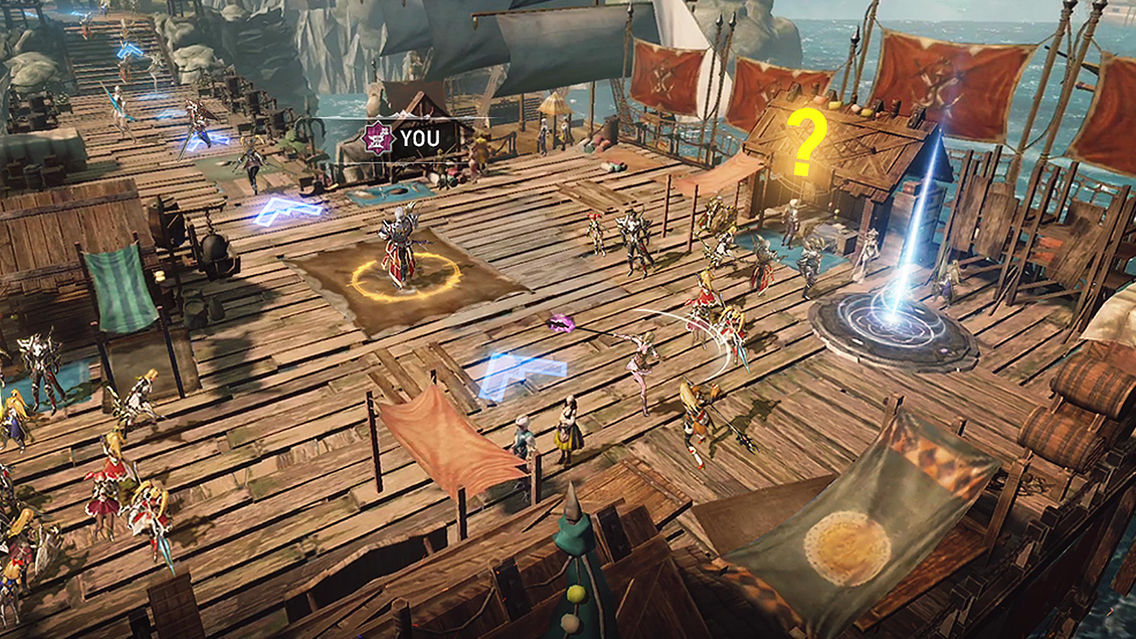 A lot of what mobile game developers call MMORPGs on phones and tablets … well, aren’t. Not really. Lineage 2 actually is what many other titles claim to be, a full-featured example of the genre that you can just happen to play on the go. Netmarble has been cooking this one up for a while, and what it’s delivered promises an open world with huge battles that can feature up to 200 players on-screen at one time, PvP that includes huge 50v50 sieges, and much more. 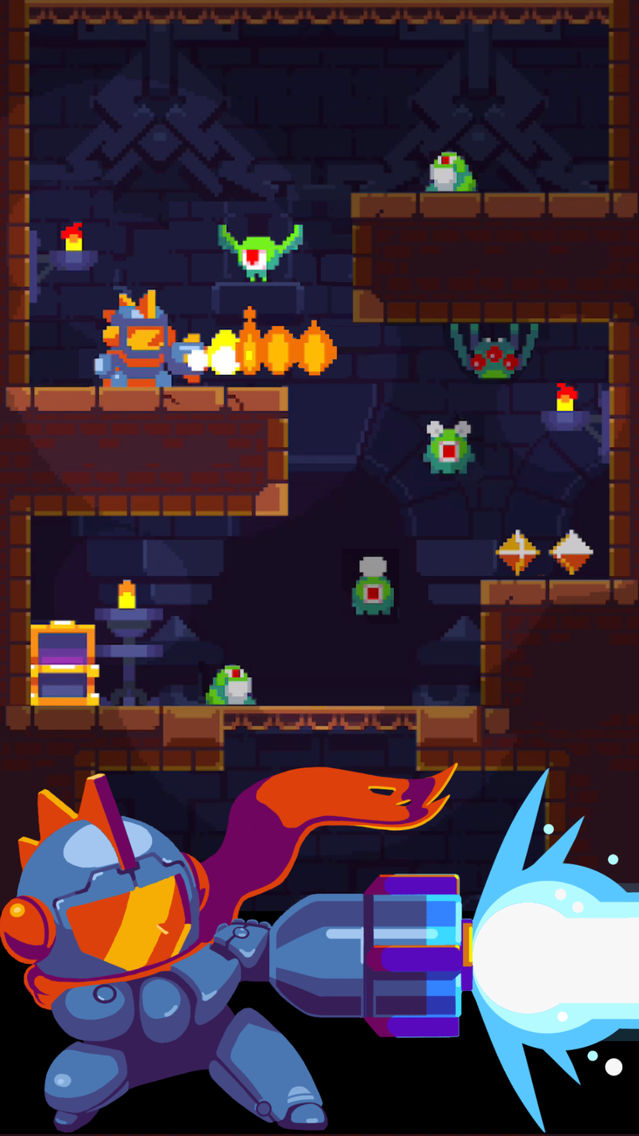 In contrast to some of the previous games on our list this week, Tower Fortress doesn’t claim to be the most complicated title out there or push the limits of your phone or tablet tech. What it does look like is a fun platformer that has procedurally generated towers (at least, we assume they are towers due to the name and all) to make each gameplay session unique. Unlock a few dozen different suits and numerous weapons to be the cute little sci-fi hero you’ve always wanted to be. 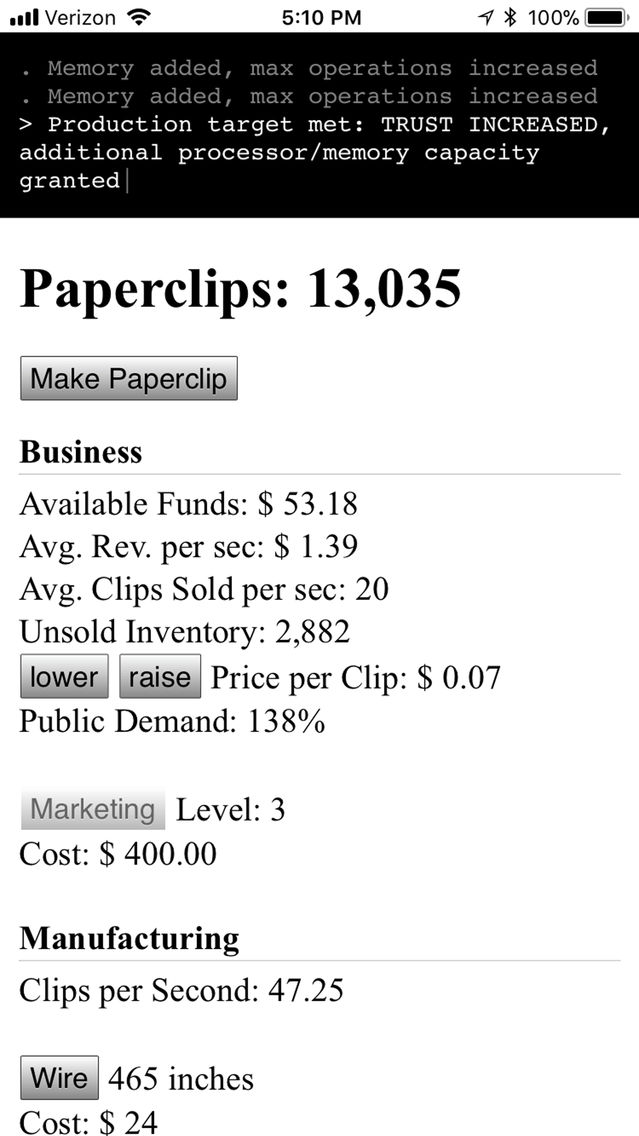 Because sometimes you just want to make paperclips and nothing else in life. Or at least you’d have those urges if you were a super powerful AI who was programmed for exactly that task. Already a hit as a browser-based game, Universal Paperclips has now come to phones and tablets. But wait, hold up. If the game has spread from one platform to another, does that mean the AI has figured out a way to do that too? This is either an awesome way to kill time or a sign of the approaching Singularity, and if it’s the latter, we apologize in advance. 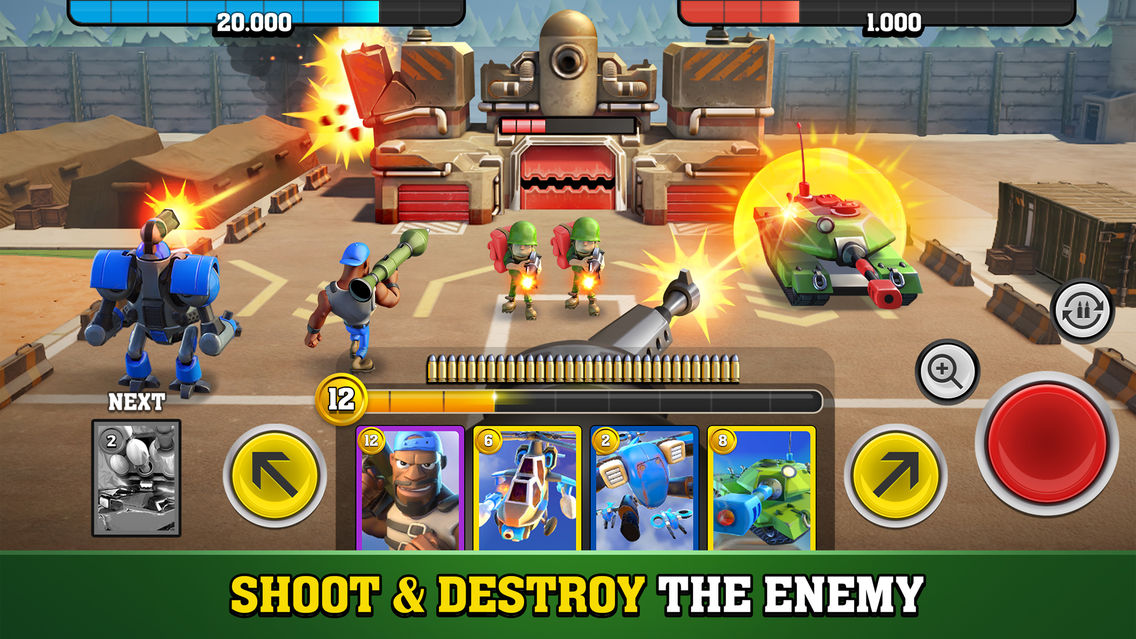 Hothead Games found success with the Big Win series of sports titles, but all sports all the time makes for dull devs, or something like that. Anyway, Mighty Battles is the latest entry in the hottest genre in mobile, card-based strategy, but with the strangely endearing art style that Hothead does so well. That is, it’s probably not technically correct to call a tank cute, but it kind of applies here. Master the 40-plus types of troops and vehicles so you can do the PvP thing and take on the world. 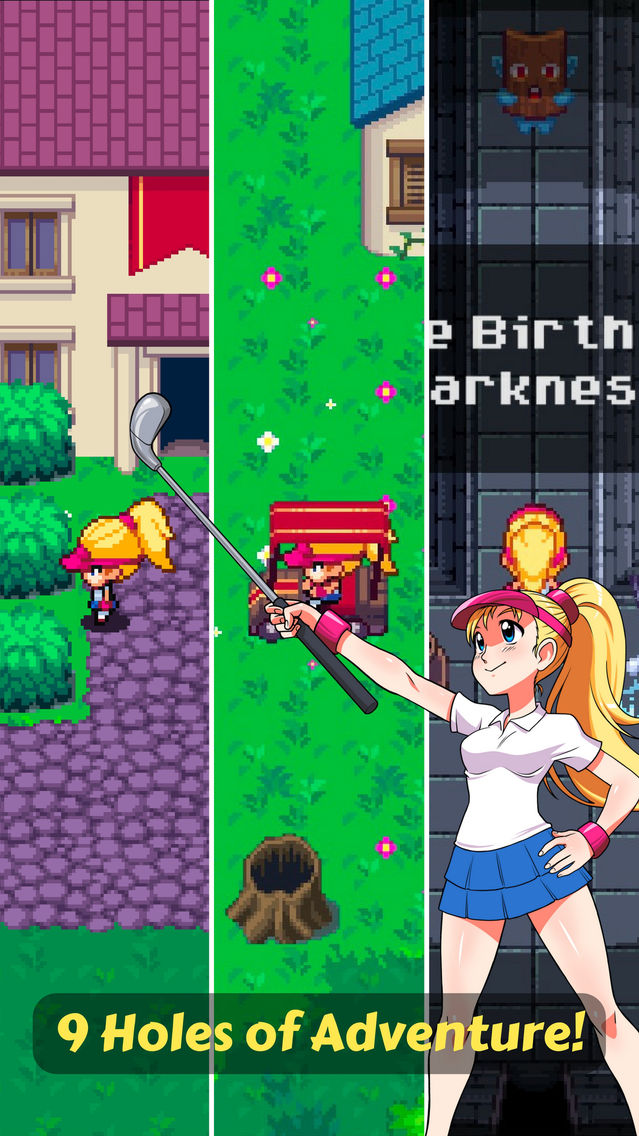 Truth in titling, we love you! RPGolf is set in a land where peace and prosperity were the norm thanks to a universal love of golf, but it turns out that when everyone is spending time on the links, it leaves your kingdom open to attack by monsters, as they are wont to do. Only one brave girl armed with a golf club can turn back the tide of darkness and misery, and you’ve got to help her conquer all nine holes in order to set things right. Sounds bonkers in all the right ways. 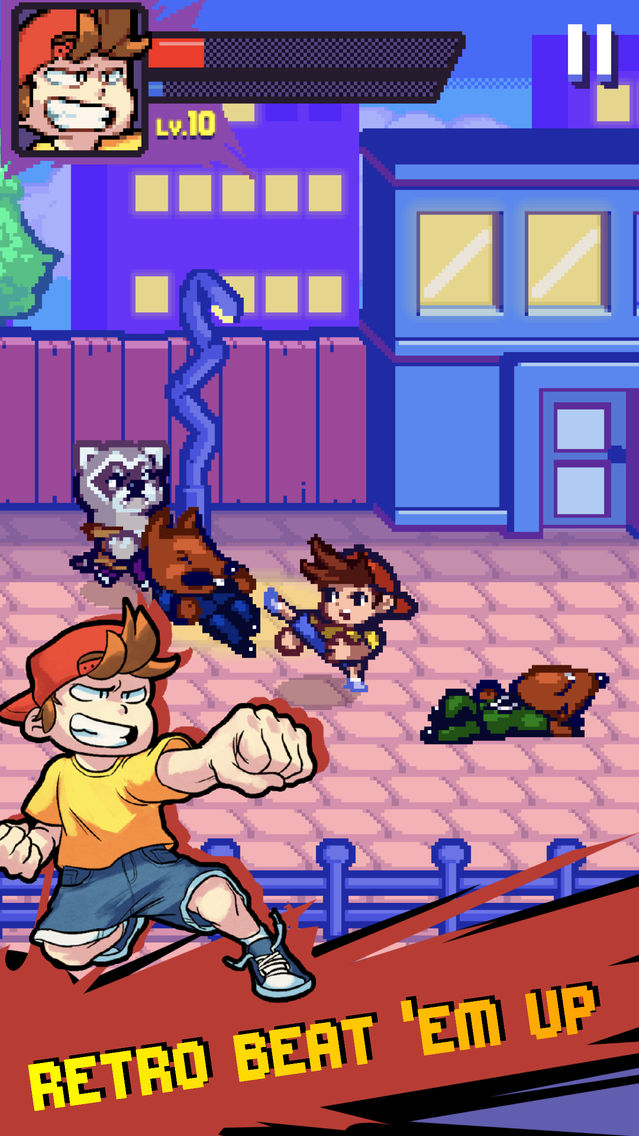 There’s no limit to the amount of retro love you can find on mobile, and Beat Street is an homage to one particular type of classic arcade game, the beat ’em up so popular in the ’90s. With gangs overrunning Toko City, it’s up to you — and a friend, should you decide to check out the online co-op mode — to save the day primarily using your own two fists. With simple, one-touch gameplay, nostalgic graphics and music and an unlimited amount of bad guys to beat up, this looks like it scratches a particular gaming itch in superb fashion. 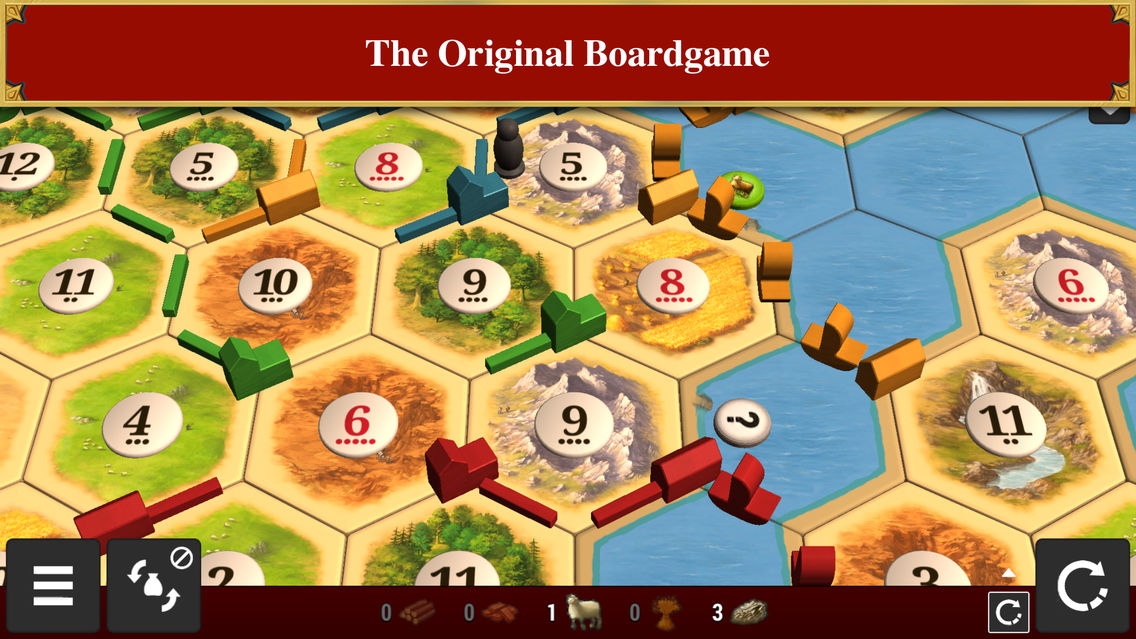 It’s all the Catan you can pack into one app. We’re serious about that, as Catan Universe offers a free gateway into the classic board game and its card game sibling for free, then allows you to unlock the full content, expansions and much more as in-app purchases. Since it’s also available for PC, a single account gives you the ability to play anywhere on any device, potentially sucking you into Catan so much that you forget about things like work, eating, etc. Not that we suggest that, just saying it could happen. 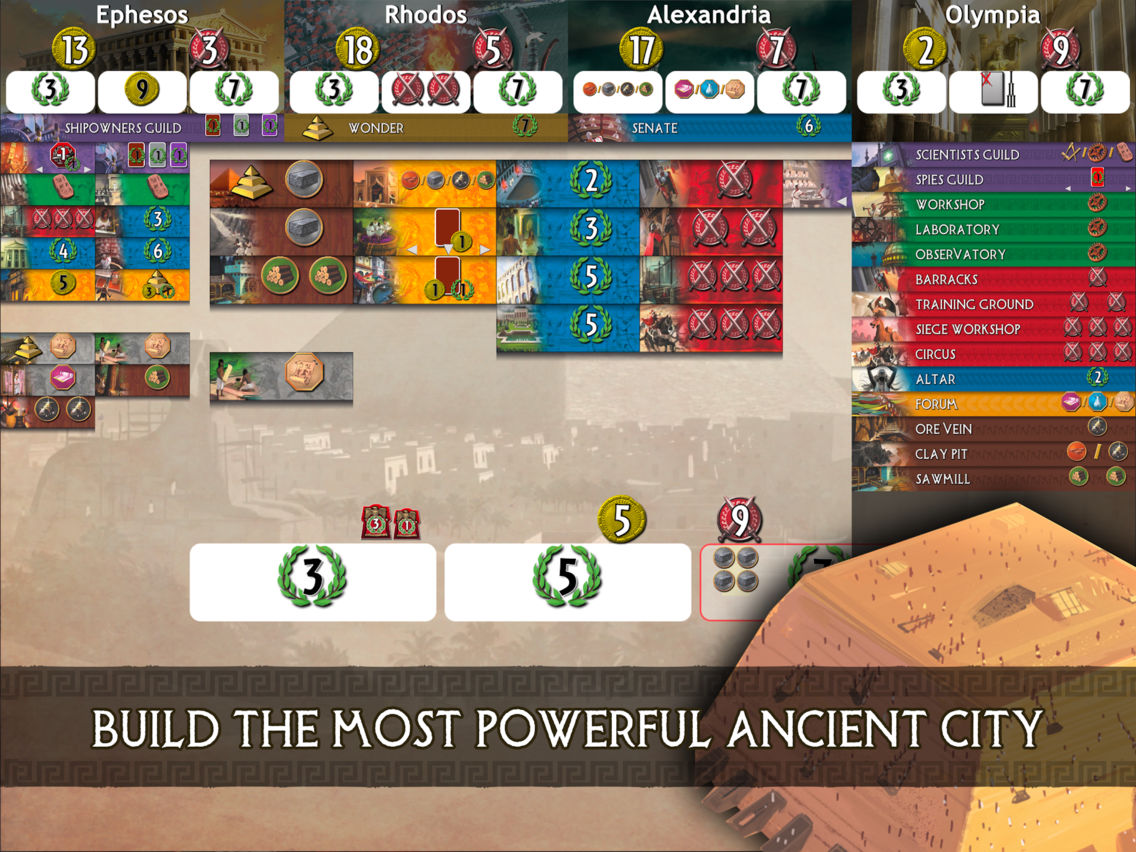 Hey, as long as we’re talking about board games, let’s finish on that note as well. The original 7 Wonders claims to have won more awards than any board game ever, and while we really have no way of fact-checking that, we do know it is loved and adored by many. Whether you prefer going it alone against the AI or competing against up to seven other human opponents (or maybe that paperclip AI posing as a human), you can now prove that no one can build up an ancient civilization better than you no matter where you are.