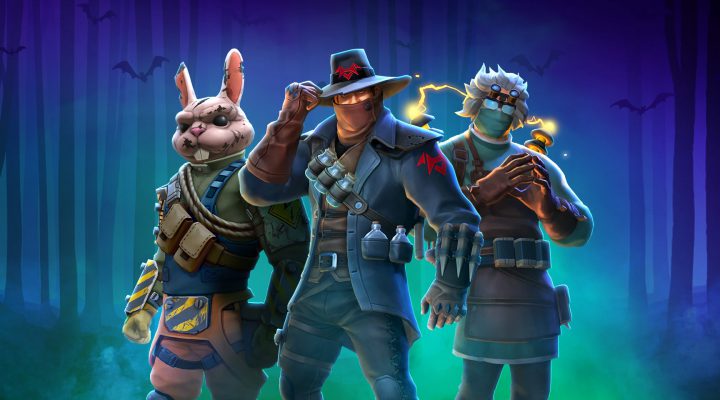 There are literally thousands of free games available on the App Store. But which ones are the best? Well, that’s a pretty tough question to answer, but we’ve given it a go in this list right here.

We reckon there’s going to be something here for everyone, whether you like action, strategy, sports or knights swinging their arms around maniacally. And none of them are going to cost you a single thing to download.

Got your own suggestions? Want to add something to the list? Well make sure you let us know in the comments section at the bottom of the article. Before that though, here are the top 25 best free games for iPhone and iPad 2020.

A true bonafide classic of the iPhone era. If you’ve not heard of Clash Royale, it’s a midcore MOBA that sees you trying to smash your opponent’s castles, kill his king and steal his crowns. It’s easy to pick up, and once it gets its claws into you you’re going to be coming back to it time and time again.

An almost perfect multiplayer mobile shooter. Packed full of modes and maps you’ll know from the console and PC versions of CoD, Call of Duty: Mobile does everything you want and more.

Download Call of Duty: Mobile from the App Store

Want a mobile RPG blaster that’s filled with guns and loot? Well then you’re going to love Shadowgun Legends. Blast through missions, become a legend and see your face on massive billboards.

A team-based shooter with more than a touch of Team Fortress 2 to it. There’s always a game, always someone to shoot and the blasting is competitive in all of the right ways.

The Battle of Polytopia

This one is a wonderful casual RTS that’s filled with awesome ideas. It’s got multiplayer, loads of challenges and you can play it for a couple of minutes or a couple of hours.

A crazy neon-tinted racer filled with massive jumps and nonsensical flips. Driving supercars over massive ramps in gorgeous city-scapes has never been this entertaining.

There aren’t that many games that give you an achievement for sniffing your own butt. In fact, we can only think of this stretchy platformer that mixes ideas from classic arcade games into a wonderfully modern package.

Download Silly Sausage in Meat Land from the App Store

Collect teams of your favorite Star Wars heroes and villains and then battle them in famous locations around the galaxy. This midcore RPG is going to be right up your street if you know the difference between an Ewok and a Jawa.

Download Star Wars: Galaxy of Heroes from the App Store

A one-on-one brawler featuring a cast of characters from Marvel comics. Smash Spider-man, donk Deadpool, do something else to Iron Man. You get the idea.

Download Marvel Contest of Champions from the App Store

Game of Thrones: Beyond the Wall

The best Game of Thrones game on mobile sees you battling against Wildlings and worse in a story set well before the events of the TV series. Strategic and fun in all the right ways.

Download Game of Thrones: Beyond the Wall from the App Store

A deep and smart racer that sees you collecting some of the very best cars in the world. Drive fast, drive careful and try and win a whole bunch of races.

Collect tanks from throughout history and take them into battle against other players. Blast everything that moves in your classic killing machines and do it with a smile on your face.

Download World of Tanks Blitz from the App Store

A fully-featured MOBA with gorgeous graphics and a massive community. It might take you a while to get to grips with it, but there’s a load of fun to be had here when you do.

Play as a knight in this simple but effective action platformer. You’ve only got a couple of buttons to press and you can play with just one hand.

Travel through the real world and collect Pokemon as you do. The game has grown massively since it first came out and it was pretty damn big then.

Pick a pugilist and become the strongest fighter in the world. The controls are slick, the graphics are gorgeous and there’s always someone to punch in the face.

Basically this is Scrabble on mobile. Challenge your friends to tile-based competitive word games and take on other challenges too.

This is the classic MMO available in the palm of your hand. It might look a little old, but there’s so much world to explore here that it’s really easy to get lost in.

A dungeon crawler where the crawling is taken out of your hands. You’re in control of unleashing powerful attacks and the more beasts you kill, the more loot you earn.

A meta RPG that sees you playing a game within a game. It’s super fun, super smart and offers up hours and hours of entertainment.

Download Knights of Pen & Paper 2 from the App Store

A smart word game with some really interesting twists. There’s loads to explore here and a surprising amount of strategy for such a simple experience.

A huge card game chock full of famous faces. There are layers upon layers of strategy and it’s going to bring out your collecting urges.

This is pool, but not as you know it. A simple point-scoring twist makes things far more interesting. Do you go for the points or the easy shout?

A chaotic mix of shouting, button pushing and space travel. You’ll need a friend to play this one, but you’re going to be laughing together all the way through the cosmos.

Pick a knight, go into battle and swing your arms around madly to try and whomp your foes. This is a scrapper that refuses to take itself seriously, and does it wonderfully.