The Best Roguelikes for Mobile 2021

By Harry Slater | 10 months ago 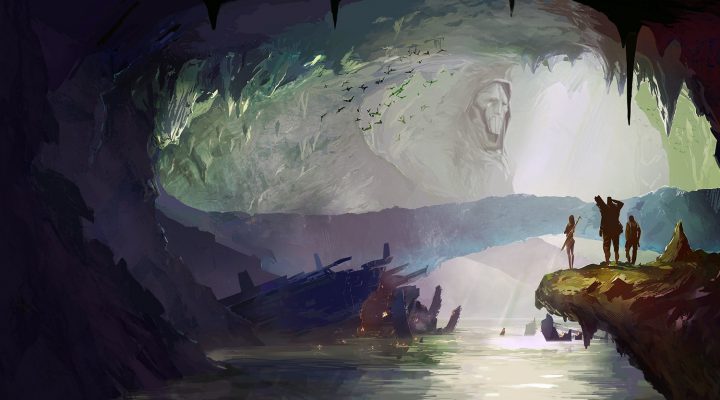 Roguelike isn’t so much a genre nowadays as it is a set of different ideas. Permadeath, randomly generated game worlds and a high level of challenge are usually included, but there’s a whole bunch of games that take those ideas and make something completely unique from them.

So many in fact, that we thought it was a good idea to break down the very best of them you can play on mobile right now. And that’s exactly what this list does. There are classic roguelikes, casual roguelikes, card-based roguelikes and much, much more. And they’re all bloody brilliant.

Got your own suggestions for games that should be on this list? Have we missed off one of your favorites? Then make sure you let us know in the comments section at the bottom of the article. Before that though, here are what we think are the best roguelikes for mobile in 2021.

Click here to discover more lists of the best, biggest and most entertaining mobile games in the world

Not just a brilliant roguelike, a brilliant game full stop. This one sees you falling down a well and using your gun shoes to blast everything that moves. It’s super tough, but once you start to get the hang of things it opens out into a truly spectacular action roguelike.

Download Downwell from the App Store and Google Play Store

At one of the other ends of the multifaceted roguelike spectrum we have Cultist Simulator. This one blends in CCG ideas, all while telling a story of deadly mysteries and occult goings on. It doesn’t hold your hand for one second, but if you put the work in you’ll find something truly spectacular.

Dead Cells brands itself a roguevania. There’s a massive castle to explore, but your journeys through it will change after every death. There’s hacking, slashing and enormous bosses to keep your fingers entertained and you’ll need to use the ol’ grey matter if you want to succeed.

A card-based roguelike that sees you travelling through the titular spire. Every journey is different, and you’ll unlock new cards as you play. There’s a bunch of different characters, a daily challenge and much more here. You’ll lose hours of your life if Slay the Spire gets its teeth into you.

In a lot of ways Hoplite is much simpler than the other games above it on this list. But that simplicity hides some pretty massive depths. Turn-based and heavy on the thinking, there’s an awful lot to love in this decidedly retro classic.

Download Hoplite from the App Store and Google Play Store

This one mixes Souls-style ideas into a gorgeous 16-bit beat-’em-up. Deep in all of the right ways and with a high challenge level, Wayward Souls is going to constantly smack you in the face, and you’re going to love it for that.

Instead of crawling through dungeons, this one sees you flying through space. Every journey is different, and you need to keep an eye on a whole number of systems and characters to make sure your ship makes it in one piece. Spoilers: it probably won’t.

Download FTL: Faster Than Light from the App Store

The Binding of Isaac: Rebirth

A gory, gloopy, often horrifying take on the roguelike. There are basements and insanity and loneliness to deal with, along with grotesque monsters that will make you ick. It’s challenging, and it’s absolutely brilliant.

Download The Binding of Isaac: Rebirth from the App Store

A game built around Finnish folklore. There’s a charming heart to Sproggiwood, but don’t let that fool you. There’s plenty of meat on those adorable bones and if you’re not careful you’ll soon have poured an entire day into its dungeons.

Download Sproggiwood from the App Store and Google Play Store

Dungeon of the Endless: Apogee

A game that mashes together roguelike and tower defence ideas. That might not sound like a good thing, but it’s actually one of the most innovative and engaging games out there. The mix of genres works really well and there’s nothing else quite like it out there.

Download Dungeon of the Endless: Apogee from the App Store and Google Play Store

Another mixture of big ideas. This one sees you exploring an uncharted galaxy and trying to bring some sort of stability to it. Deep strategy and deep roguelike meet in the middle of space, what’s not to like?

A super unique take on the roguelike. You just have to look at the art to know there’s something special here. It’s easy to pick up, but things get challenging pretty quickly. You need to be smart and fast to get the most out of this one.

Download Into the Dark: Narakan from the App Store and Google Play Store

A wonderfully imaginative take on the insides of a computer system. 868-Hack is resplendent in its super-retro look. It might take you a few turns to really understand what’s going on here, but when you do you’re going to enjoy every second of the experience.

A cutesy take on the roguelike that takes its inspiration from the far-from cutest poetry of Rober Frost. There are loads of puzzles to solve here, and much more besides. Road Not Taken has its own pace, and it’s a joy to behold.

A massive game with more than a few layers of mechanical fun. You’re not just looting dungeons, you’re using the rewards to build up your kingdom. Desktop Dungeons grows and grows as you play, and it’s difficult not to get horribly addicted.

A meditative game about the vastness of space. Explore, discover new races and eventually choke to death because you’ve run out of oxygen. Every play through is a new story of adventure and loss, and they’ll all stick in your brain for a good long while.

Download Out There from the App Store and Google Play Store

This one adds the idea of madness to the roguelike. After all, slaughtering hell-spawn can hardly be good for your mental health. Gloomy and gory, there’s a lot to think about in every run, but you’ll still keep jumping in for another go.

A bit of an arcade twist makes Heroes of Loot 2 stand out. There’s lots of dungeon crawling violence, but mixed in with some heavy action too. You take two heroes on your search for goodies, and control them both.

Don’t let the super-simple graphics fool you, Ending is a weighty experience. It mixes chess, puzzle games and the roguelike to make something wonderfully compulsive. This one’s definitely going to test your brain more than your reflexes.

Need a roguelike with more dancing? Then this is definitely going to be the game for you. Crypt of the Necrodancer is all about rhythm, and you’re definitely going to want to play it with the sound on. You can even import your own music library to keep things fresh.

Download Crypt of the Necrodancer from the App Store

You might think this one would be all about blasting everything that moves, but it’s actually a super smart card-based adventure. That card-playing is mixed in with some more traditional roguelike moves to make Space Grunts 2 super fun.

In Immortal Rogue you play as a vampire who has to wake up every hundred years to feed. What you’ve done in your previous lives will change the world the next time you wake up. There’s a focus on action here that’s sure to keep adrenaline junkies interested too.

This one’s a platformer that sees you leaping through a series of randomly generated levels. You can play with a friend on the same device if you’ve got two controllers, and that adds an even more exciting thrill to the experience.

Download Tallowmere from the App Store and Google Play Store

Another card-based game. There are more than 500 cards to collect and a huge world to explore. The gameplay itself is pretty darn simple, but the mechanics that surround it are going to keep you deeply involved in the experience.

The Best Console and PC Ports and Adaptations for Mobile 2021