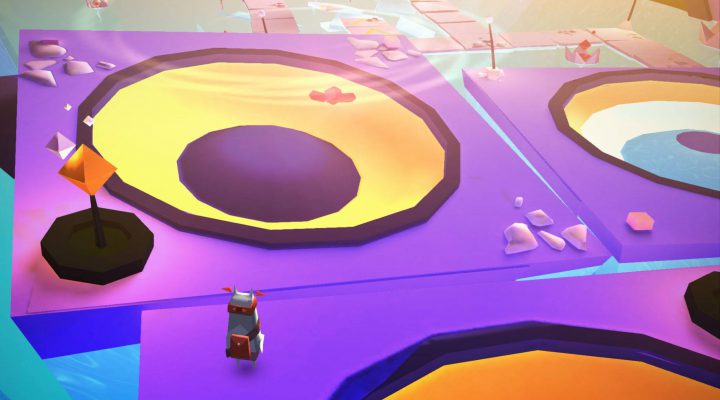 If you try to do the math on how many new iPhone, iPad and Android games come out each year, you’ll find yourself overwhelmed pretty quickly. For every fantastic game that shoots to the top of the charts, there are hundreds of equally deserving games that languish in obscurity. And even if they don’t, there’s a very big difference between “succeeding” and “the games everybody’s talking about.”

The following seven games are all successes in their own right (if not commercially than at least in terms of quality), and all deserve some game time on your home screen if they haven’t been there already. Consider this your cheat sheet to 2015’s best hidden gems. 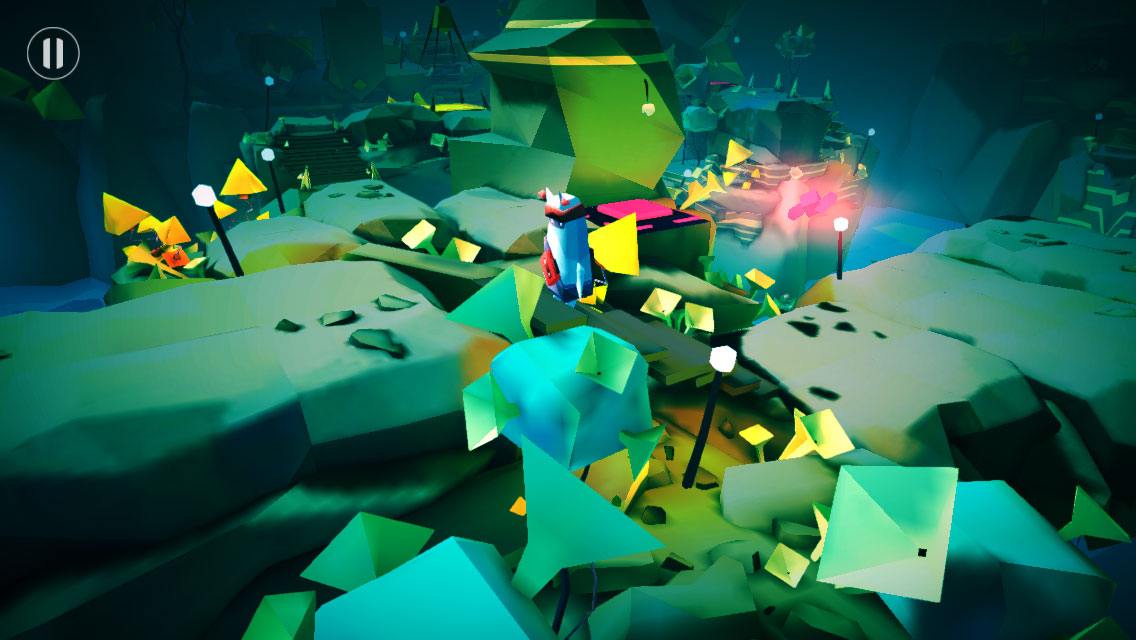 Have you ever wanted to live inside an album cover? That’s a little what Poco Eco feels like. A collaboration with IAMYANK to promote the record Lost Sounds (hence the game’s full name), The Adventures of Poco Eco is everything that an interactive musical experience should be. It’s gorgeous and mellow and gives you the same feeling that you have when you drop a needle on vinyl and close your eyes. If you like musical journeys that you can interact with (and who doesn’t?), this is an absolute must-play experience. 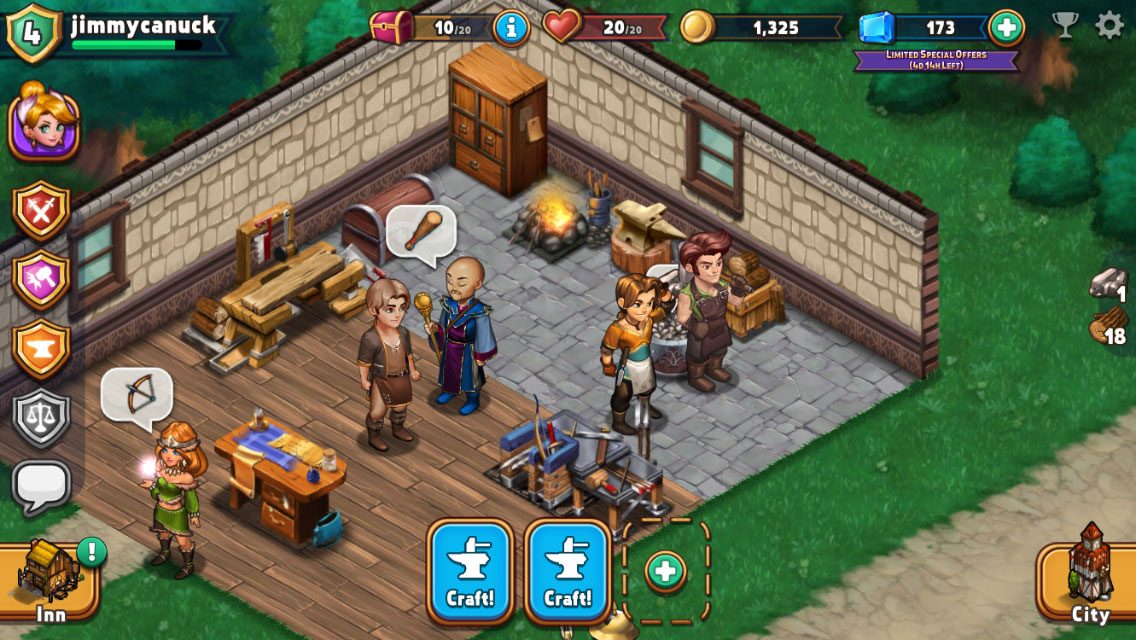 Shop Heroes isn’t a clicker game, but you’ll be clicking so much once you start that you’ll probably call me a liar. Shop Heroes is a game about making weapons and gear for adventurers in a fantasy RPG setting (where you’ll never run short on customers). There’s a very compulsive “I’ll just craft one more item!” appeal to Shop Heroes, which can lead to the aforementioned endless flurry of clicks, but what really sets the game apart is its economy: Shop Heroes lets players trade their crafted items for premium currency, making this one of the few games that lets players trade in an economy that is otherwise largely reserved for those willing to spend some real world cash. 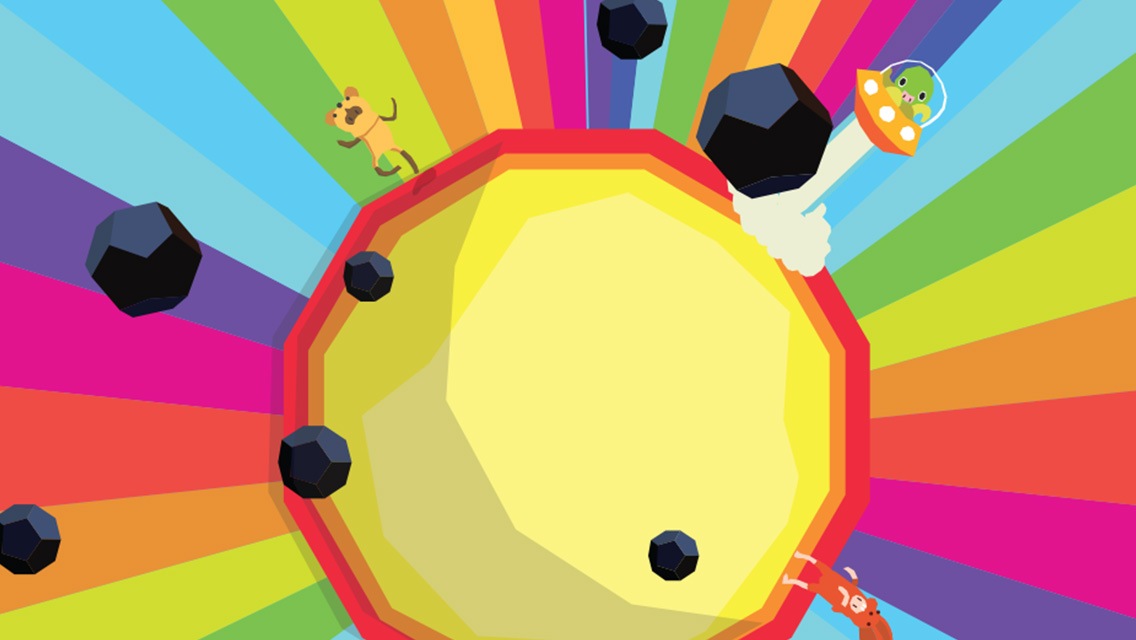 For a device that finds its roots deep in the music industry (you don’t get to the iPhone without the iPod, after all), there are shockingly few great music games on the App Store. Planet Quest helps to fill this void, offering up a WarioWare (or, for the nerdier among you, Rhythm Heaven) inspired timing-based music experience. Planet Quest isn’t a collection of mini-games like you’d find in those comparisons mind you, but rather feels like a single lost Nintendo mini-game that has since been inflated into a complete experience. 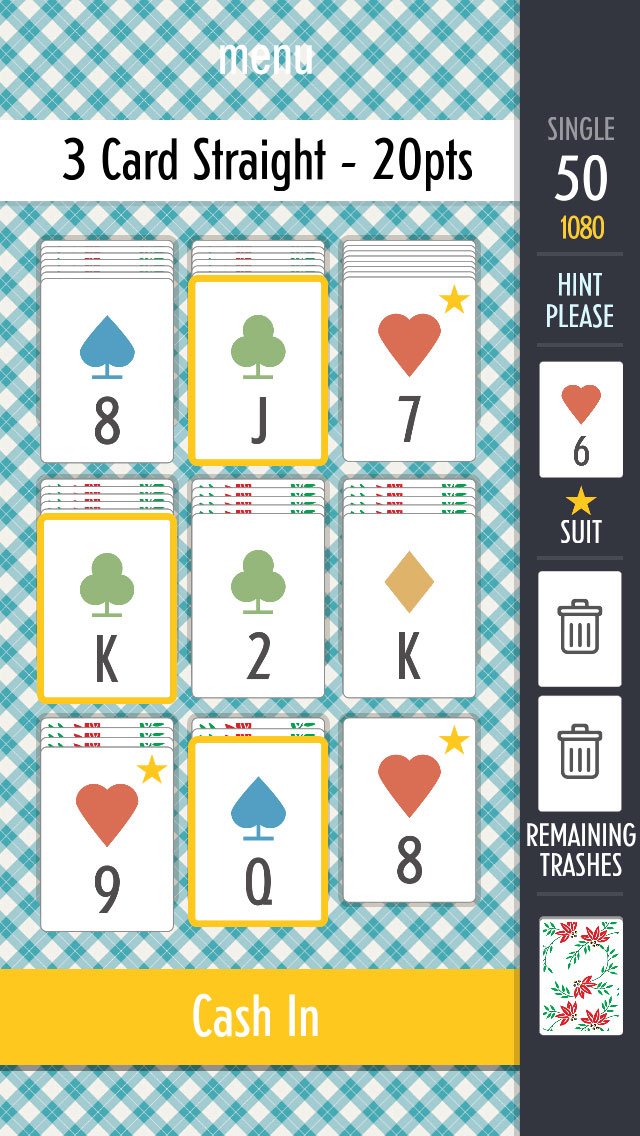 Of all the games on this list, Sage Solitaire is the most likely to have been on your radar in 2015 — even if only briefly. While it never rocketed to the top of the App Store, the pedigree of its developer (Zach Gage has worked on everything from SpellTower to Ridiculous Fishing) helped secure it some high praise from game critics. Gamezebo’s own Sage Solitaire coverage was no exception. It’s a unique blend of traditional solitaire and poker, proving that there’s still new life to breathe into old formulas yet. (And considering a solitaire game made this very same roundup in 2014, that may be true for years to come!) 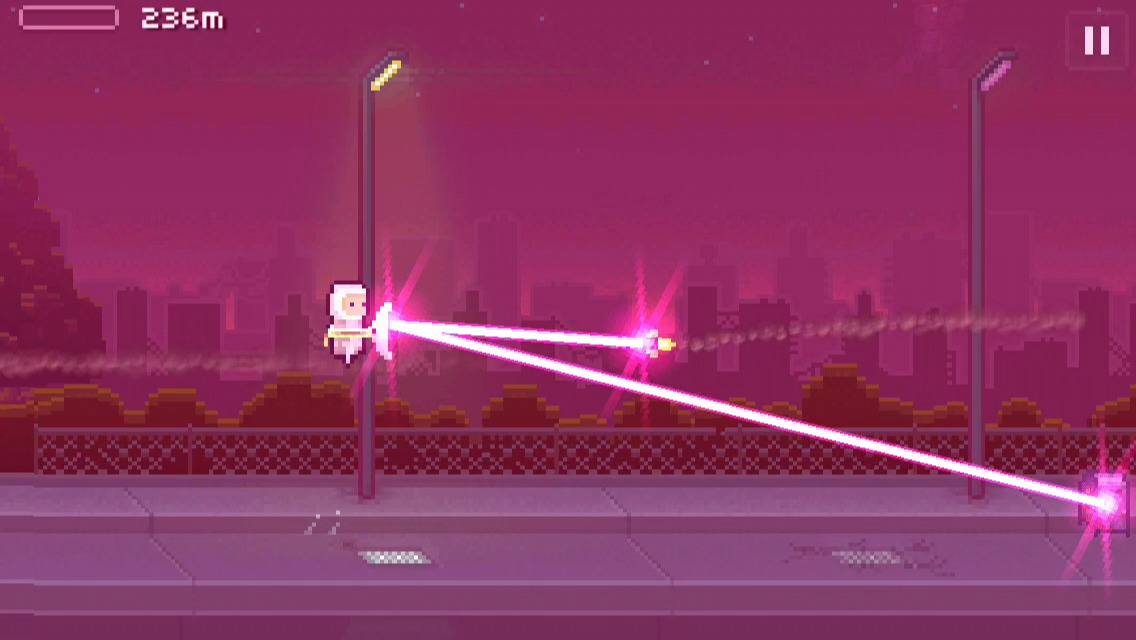 Here’s a weird combination for you: endless running and Contra. That’s seemingly the inspiration for Lastronaut, an endless runner about surviving in a post-apocalyptic future by blasting everything that stands in your way. The game throws different weapons at you left and right, and they all manage to play and feel different. They have heft. It’s a simple little game, but man oh man, it sets out to do just one thing and it does it beautifully. 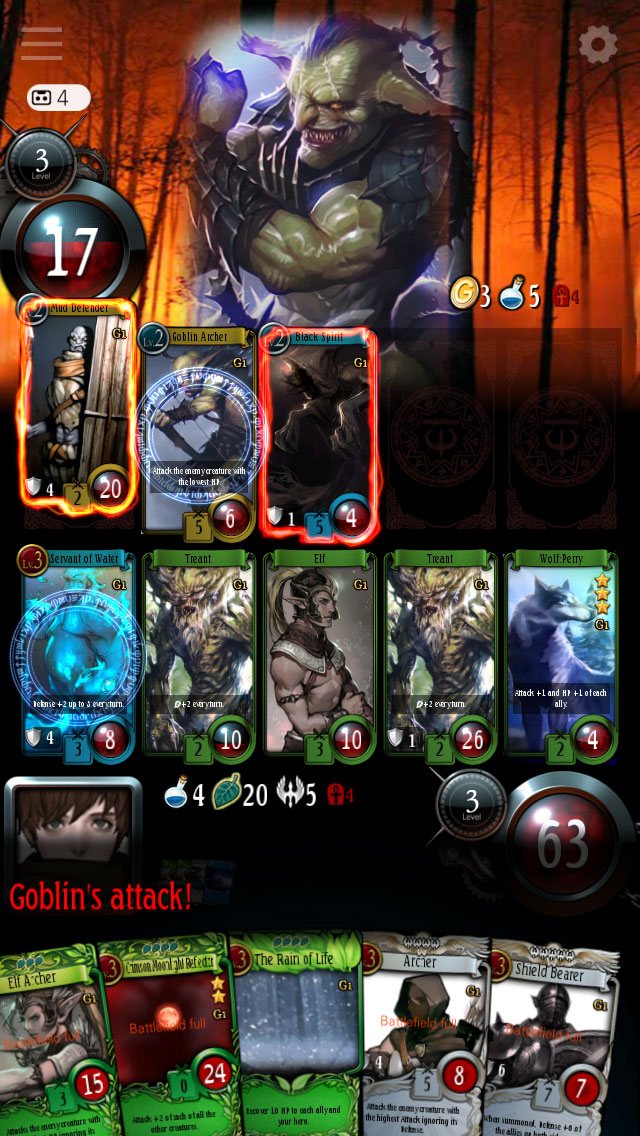 Deep across the boundaries of space and time, there exists a universe where Mabinogi Duel is the biggest game of 2015. It’s a beautiful CCG that, unlike its competitors, tries to focus on building a memorable single player experience. Mabinogi Duel offers a narrative filled with unique encounters, wacky dialogue, and memorable characters. There’s multiplayer as well, but it’s not what you’re expecting. Maybe these differences are why Mabinogi Duel isn’t spoken of in the same hushed tones as Hearthstone — but really, it should be. 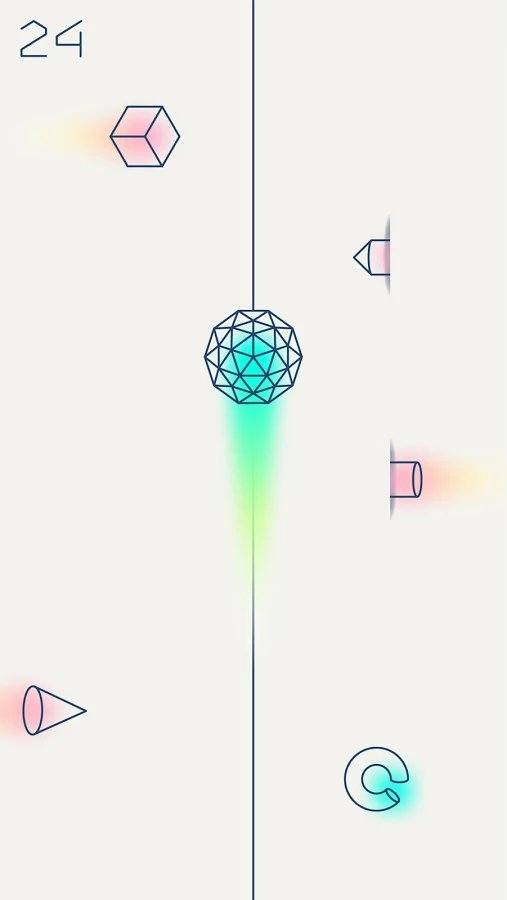 A different type of avoidance game, Grumz is described by its creators as an “endless stopper.” I first had a chance to play Grumz at the Montreal International Game Summit, where it handily won the Big Indie Pitch competition. The object of the game is simple — just tap and hold to stop the ball from rolling back and forth in an attempt to dodge things. It sounds simple, but (as you’d expect) gets challenging rather quickly. There’s a beautiful minimalist approach to both the visuals and the gameplay in Grumz. If you’ve ever lost an hour of your life to a seemingly simple distraction on your smartphone, this could very well be your next obsession.