The Best Apple Arcade Games of 2020 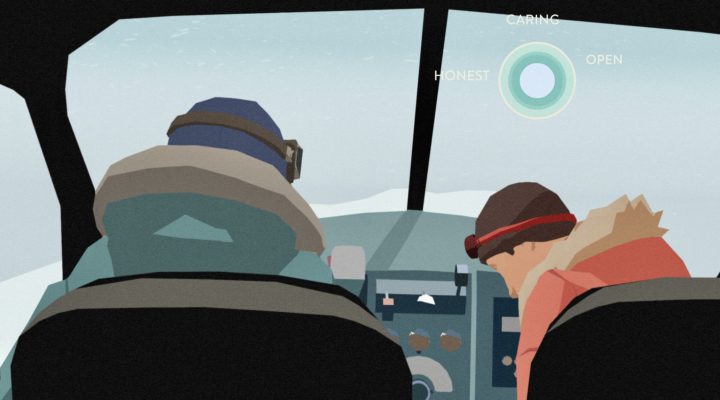 All of the games have been, at the very least, pretty good. But we thought, since it’s the end of the year, we should let you know which ones are the cream of the crop. We’ve selected what we think are the ten best games released on Apple Arcade in 2020.

It’s a pretty diverse mix, and we think there’s going to be something for everyone. More than that, though, this highlights what you’re missing if you’re snubbing Apple Arcade. Hey, maybe 2021 could be the year you take the plunge, right?

If you think we’ve missed anything, or that another game deserved a place on this list, then make sure you let us know in the comments section at the bottom of the article. Before that, though, here’s the list.

Click here to read more lists about the best, biggest and most popular mobile games in the world

South of the Circle

A hugely engaging adventure game. It’s set in the depth of the antarctic tundra, as well as in the cobblestone streets of Cambridge and the rugged mountain ranges of Scotland. It tells a story of love, loss, obsession and protest, all set against the backdrop of the Cold War. And it’s absolutely wonderful.

There’s a really well thought out conversation system that lets you pick the tone of what you want to say, and while there isn’t any action as such, there are some sections that are going to have you teetering on the edge of your seat. Throw in a narrative that’s going to stick with you long after you’ve finished the game and you’ve got one of the very best story-driven games to land anywhere this year.

A cartoon dungeon crawler with a sentient sword that’s guiding you through puzzles, monsters and all manner of other obstacles. There are shades of the early Zelda games here, but the combat has been given a frantic twist thanks to the spinny, pokey controls. You often feel like you’re just on the edge of being in charge of what’s happening, and that makes things even more interesting.

There’s loads of game to explore here, and a decent story that’s going to keep you murdering everything in your path. Perhaps the best thing about Slash Quest is the big grin it wears on its face – there’s a charm to everything in the experience that side-steps the dour gloom of a lot of modern ARPGs.

A gorgeous, relaxing puzzler that sees you exploring the exhibits in a planet-sized museum. Every plinth you discover describes something human and commonplace in the most wonderful ways, but the real joy in the game comes from the puzzles you need to solve to get to the different sections of the museum.

Essentially the whole thing is a complex sliding block puzzler, pared back and then built upon with aplomb. You’re pushing down and rolling trees, using them to build bridges, rafts and much more. It’s complex in all the right ways and peppered with little ‘eureka’ moments that are going to make your heart sing.

Lost in a strange world populated by frustrated spectres, giant confused birds and much, much more, The Last Campfire sees you setting out to find out where you are and free your trapped compatriots. Along the way you’ll meet amazing characters, discover secrets and solve simple logic puzzles.

There’s a deep sense of adventure here that few other games manage to capture. Every step is one into the unknown, and what you find there is often breathtaking. The Last Campfire looks amazing, is going to tug at your heartstrings beautifully and enchant you from its first pixel to its last.

After drilling down into the center of the earth to figure out what’s down there, a Russian would-be-cosmonaut discovers all manner of adventure and excitement. Great civilizations, massive dinosaurs and much more feature in this chase to recover a lost nuclear weapon. Told in flashback in the style of a classic Saturday morning adventure, there’s so much to love here.

It’s funny, it’s bright, and some of the vistas on show are going to make you stop and stare. You won’t want to do it for too long though, because almost everything in the game is trying to kill you. Leap around brilliantly designed levels, open doors, solve puzzles and do it all with a huge smile on your face.

One of the first Apple Arcade releases this year is still one of the best. It’s a competitive platformer with a gorgeous retro style. But it’s much more than just a rehashing of Crossy Road. There are some amazing ideas here, and playing the game with some friends is one of the best multiplayer experiences we’ve ever had.

This is the sort of game you’re going to dip in and out of time and time again. You’ll look at your homescreen when you’re clearing space and think ‘nah, I’m gonna keep that.’ And Crossy Road Castle will repay you with fast-paced, addictive fun every time you pick it up. That’s a pretty good deal.

Beyond a Steel Sky

One of the biggest releases on Apple Arcade, Beyond a Steel Sky lived up to the hype. It’s a wonderfully modern reinterpretation of the point and click genre. Fans of the original are going to love returning to their old stomping ground, but there’s plenty here for anyone who’s never played Beneath a Steel Sky.

The story is brilliant, the writing is spot on and the puzzling elements are just the right side of the head-scratching divide. Add a good slosh of humor and you end up with a super-polished sci-fi adventure that’s going to have you intrigued all the way to the end.

Spyder mixes together ideas from a bunch of genres to create a brilliant third-person adventure. You’re the titular spy bot, scrambling through levels to discover the secrets of your foes. Think Micro Machines meets Metal Gear Solid and you’re about 74% of the way there.

The controls are great and the levels are big enough to pose a challenge, but not to overwhelm you. There are some really neat ideas here, and scuttering around everyday items just feels really good. There’s a tension to the experience as well, and it’s going to make sure you’re always on or around your toes.

A tactile puzzler that’s all about making folds in pages. It’s a brilliant idea made even more brilliant by the touchy-feely controls of your iPhone or iPad. The game is a love story too, and you’ll be folding two sides of that story, trying to find connection. It’s heart-warming in all the right ways.

The puzzles complement the story in some ingenious ways, and everything pushes you on to find out what’s going to happen next. This one’s going to make you think in a bunch of different ways and really what more do you want from a narrative driven puzzle game? Yeah, exactly.

A weird and wonderful visual novel set in a coffee shop that’s essentially limbo. You’ll meet amazing characters, find out how they died, and try to help them move on. There’s loads more to it than that, and we’re going to leave you to find it out. Because spoiling things is for losers.

The whole experience feels like living through an anime series, but in a cool way, not in a mental episode way. Even if you’ve never played a visual novel before, this is a brilliant introduction to the genre. It’s weird, it’s wonderful and it’s going to keep you entertained for hours and hours.

The Best Mobile Games of November 2020