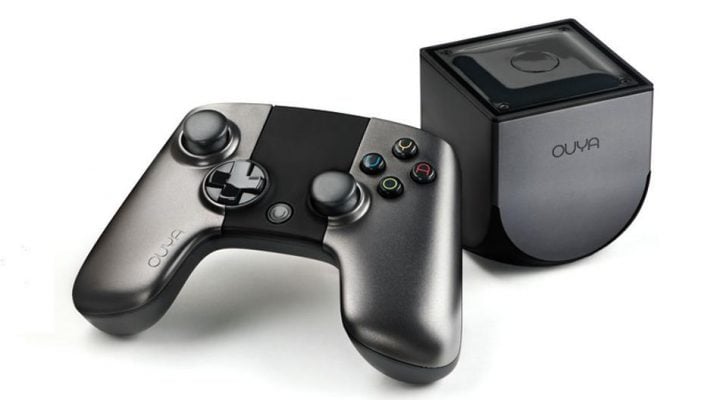 It may not have the sales figures or marketing power of the Xbox or PlayStation brands, but we’ll be damned if the OUYA isn’t a fine addition to any living room set up. It’s a TV console at an affordable price with a sharp focus on a single audience: indie gamers.

Every game on the OUYA is free to try, but finding the ones worth trying can be a daunting task. There are more games to choose from than we could bother to count – but the OUYA folks do, and they say there are 727 at the time of this writing. To give you some perspective, there were 709 games on the Nintendo Entertainment System over the course of nine years.

With so many new games coming out all the time, we’ll be sure to revisit this list fairly regularly to make changes as needed. As of right now, though, here are our picks for the 10 best games on the OUYA.

Why We Like It: Whether you know them best from Ridiculous Fishing (aka Apple’s 2013 Game of the Year) or Luftrausers, indie superstars Vlambeer will always hold a place in our heart as the guys who made Super Crate Box. A 2010 PC release turned 2012 mobile game, Super Crate Box still manages to feel like it was built from the ground-up for play on a living room console. A frantic single-screen platformer (think Mario Bros. or Donkey Kong), you’ll jump and shoot (and button mash) endlessly in an attempt to reach crates. Each crate will have a different weapon in it, so you’ll be forced to change you strategy on the fly. And with how fast the game moves, that could mean every five or six seconds. The longer you play, the more you’ll unlock. It’s the gift (crate?) that keeps on giving.

Who It’s For: Those in search of Smash Bros style fun. Robin Hood.

Why We Like It: Consoles sometimes manage to develop a niche organically. With the OUYA, that niche is multiplayer party games – and TowerFall is their king. Imagine a cross between Super Smash Bros and The Hunger Games. Instead of a variety of popular characters and powers, everyone is given a level playing field to start: three arrows and one heartbeat. As the game begins and arrows start flying, it becomes a mad scramble to pick up the fallen arrows before your foes do. And when the treasure chests with varying powers come out, a similar scramble ensues – though much more panicked than before. After all, who wants to be on the other end of bomb arrow shot by a recently-winged opponent? Bonus points to TowerFall for introducing the coolest weapon idea we’ve seen in a long while: the bramble arrow. It’s exactly what it sounds like: an arrow that, when it strikes, grows a deadly thicket of brambles.

Who It’s For: Gamers who like something silly, but challenging. Your neighbor that parks on their lawn.

Why We Like It: Proving that not all driving games need to be about racing, No Brakes Valet challenges players to park cars in a rather high stress situation. You won’t have any control over a vehicle’s acceleration – just the steering and brakes. It’s up to you to slow and guide vehicles of varying speeds as best you can into the allotted parking spot. And every now and then, some of those cars won’t even have brakes. It’s delightfully wacky fun – and it’s just about as addictive as a quick-play game can get. A recent update introduced two new levels (featuring new vehicles and obstacles), adding a whole new layer of challenge for those who’ve been playing this one since OUYA’s launch.

A Ride Into the Mountains

Who It’s For: Those who fell in love with the spirit of Journey orShadow of the Colossus. Effective multitaskers.

Why We Like It: Reminding everyone that indie games are at their finest when they take us by surprise, A Ride Into the Mountainsknocked our socks off when it debuted on mobile phones in 2013. In fact, it managed to earn a spot in our Top 10 Games of the Year. The debut release from Lee-Kuo Chen, A Ride Into the Mountainsseemed like a game that could only exist on touch screens; it was perfectly optimized for the mobile experience. With that in mind, it seemed like it would be a strange fit for the more traditional controller/TV setup. But then we played it on OUYA, and fell in love all over again. Players will guide an archer on horseback into the mountains. With one stick, you’ll control the pull and strength of your arrow’s volley. With the other, you’ll control the movement of the horse. It creates a delicate balancing act that’s satisfying to master, and it doesn’t hurt that A Ride Into the Mountains is simply dripping with style, too.

Who It’s For: Gamers old enough to remember (and love) Rampage. That guy with the VHS collection of Godzilla movies that he still watches on weekends.

Why We Like It: Take the city-smashing monster fun of the arcade classic Rampage and marry it with the airborne antics of creatures like Mothra, and you have Gaurodan in a nutshell. A “gotta kill’em all” ode to flying kaiju, Gaurodan plays like a lost classic from the NES era. You’ll take to the sky as the titular Gaurodan – a prehistoric monster birthed from a giant radioactive egg – and you’ll destroy Japanese cities and military by shooting bolts of lightning from your mouth, as you fly back and forth across the screen. True to its retro stylings, Gaurodan is very much a one-and-done affair. Your creature only has so much health, and when it comes to an end, so does that play session. That’s ok though – the “I can do better this time!” compulsion that permeated the games of yesteryear is alive and well in Gaurodan. After just one play, we promise: you’ll be hooked.

Why We Like It: A retro rhythm roguelike (try saying that three times fast), Deep Dungeons of Doom is a unique little dungeon crawl that’s as much about timing as it is about treasure. After starting work on the game on their own, Miniboss (Out There Somewhere) teamed up with Bossa Studio(Surgeon Simulator 2013) to complete the project, and the results speak for themselves. Players fight timing-based battles as they descend deeper and deeper into dungeons, progressing through a somewhat tongue-in-cheek fantasy storyline all the while. You’ll find gear and magic and all sorts of goodies – but what will really impress you here are the villains you’ll face. Enemy designs and animations are spell-binding, and each has their own unique timing to keep you on your toes.

Who It’s For: Ghosts’n’Goblins fans. Gamers with a high tolerance for difficulty. Retronauts.

Why We Like It: Sometimes a fan-made game can be better than the real thing. Just ask Christian Whitehead, the bloke behind Retro Sonic who later went on to help SEGA remaster Sonic, Sonic 2 andSonic CD. And if you’re a fan of Ghosts’n’Goblins? You need look no further than Maldita Castilla. Created back in 2012, long before you first had your OUYA hooked up to your TV, Maldita Castilla is a love letter to the Capcom’s “King Arthur vs. the Undead” franchise of days gone by. The controls are tight, the level design and enemies are outstanding, and the challenge is damned near insurmountable. In short, it’s everything you want a Ghosts’n’Goblins game to be. And did we mention that the game’s developer, Locomalito, is also the man behind Gaurodan? I think that retro gamers might just have a modern developer to call their own.

Who It’s For: Gamers who like environmental puzzles and self-referential humor. Zelda fans who preferred Oracle of Ages toOracle of Seasons.

Why We Like It: The Legend of Zelda has always been about action first and puzzles second, but what if that were the other way around? With plenty of humor and head-scratching moments, Ittle Dew is equal parts Zelda homage and environmental puzzler – but it manages to be a blast whether you’re a friend of Link’s or not. The mix of puzzling and humor will have you alternating between cursing and laughing, which alone is enough reason to call this one a win. Be prepared for some particularly challenging block-pushing moments, though. The kind that might make you want to chuck your OUYA controller through the TV.

Who It’s For: People who like to explode others, and who are ok with being exploded themselves. Party gamers with limited OUYA controllers in need of a great solution.

Why We Like It: Not since Bomberman on the SEGA Saturn has there been this much fun for this many players simultaneously in your living room. Supporting a whopping 8 players and various controllers – feel free to break out your PS3 and Xbox 360 gamepads, or just download the BombSquad Remote for iOS andAndroid – Bombsquad offers up an explodey good time. There are a huge variety of game modes, from deathmatch to football, each offering up a unique twist on the game’s bomb-chucking gameplay. Despite the theme and party nature of the game, it would be pretty hard to call Bombsquad a Bomberman clone. The physics at play here add a whole new dimension to the group-bombing experience. If you’re queuing up games for an OUYA party night, Bombsquadshould be sitting at the top of your list right next to Towerfall.

Why We Like It: Quirky little indie games are what the OUYA was built for, and Hidden in Plain Sight couldn’t fit that description better. It’s a party game about not being spotted, but also about spotting other players. The objective of the game is to find your character in a sea of identical characters, and then try to find (and kill) the characters that your friends are controlling. You’ll do this by looking for movements that don’t quite jive with the nature of the NPC’s around them. Maybe one player will keep moving left and right erratically, while another will seem to be following another character fairly closely. If you can’t blend in, you’ll be easy prey. It’s as simple as that. Five game modes in the full version offer cool variations on this theme, but honestly, there’s enough fun to be had with the free Ninja Party that you may never feel the need to upgrade. (But you should – it’s a great little game, and indie gamemakers need your support!)