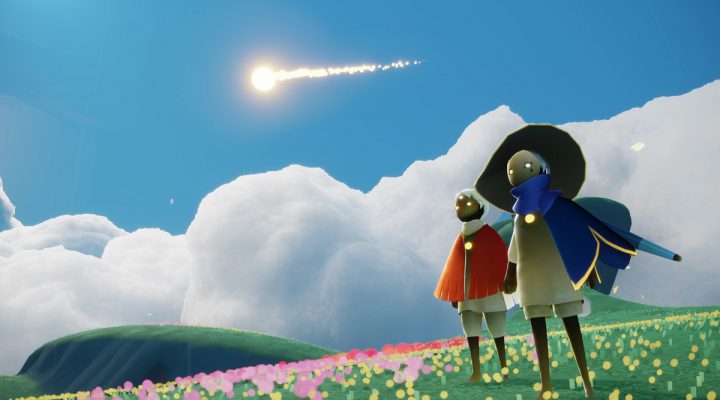 If you’re looking for a mobile multiplayer game to play with your friends then you’ve come to the right place. With so many options on the App Store and Play Store, it can be hard to make a choice, so we’ve gone ahead and done it for you.

These are the ten best mobile games to play with friends. Whether you’re looking for some same-room fun, an online game to play or something that’s going to get you all out of the house, there’s something here for you.

A brilliant, shout-out-loud mobile game that sees you trying to pilot a space ship through the void. It isn’t just better with friends, you can only play it with friends. Whether they’ll remain friendly with you when the voyage is done is a different matter entirely.

It might have been out for ages, but there are few same-room games that offer the levels of joy and chaos that Spaceteam can deliver. If you’re one of the seven people who haven’t played it yet, please rectify that.

This Apple Arcade exclusive is pretty fun on your own, but when you team up with some friends in the same room it becomes an absolute gem. It’s all about fighting through a series of random dungeons to try and right a timeline that’s gone all askew.

There are different classes to pick from, plenty of monsters to kill and loads of really interesting ideas that only really soar when you’re playing with others. It’s worth it on your own, it’s so much more when you’ve got some pals round.

It’s scrabble. Okay, it’s a bit more than scrabble, but not by much. Words With Friends 2 lets you take on friends and strangers in word-making battles to the… dictionary? It’s really easy to play and you’re going to find yourself addicted pretty quickly.

There are some extra bits and bobs here, but the core of the game, those lexicographical scraps, are a whole load of fun. It’s got some problems, but it’s still one of the best multiplayer games out there. It’s even got the words friends in its name.

Want to play with friends in the real world, but want to get some fresh air as well? Then Pokemon Go is your best bet. Grab your phones and head out with some pals to collect Pokemon, fight battles and explore the world around you.

This is still one of the most popular games in the world and for good reason. It’s super fun, it’s super addictive and it’s going to get you off the couch. There’s not much more we can say, just give it a try.

Sky: Children of the Light

A hypnotic game of exploration and adventure that’s full of joy and heart. Playing with friends increases the joy and heart exponentially – Sky: Children of the Light is a game that’s going to open your eyes and make you feel feelings.

This one is the sort of game you’ll want to play for hours and hours and hours. It’s basically side-on Minecraft, but with some extra bits and bobs thrown in for good measure.

Build, explore, craft and more. It’s even better when you bring a friend along for the ride. Engage your creative and communal sides and see what you can make together.

A digital version of one of the best family board games out there. It’s all about building a railway empire and it offers up some of the most interesting multiplayer you’re going to find on the App Store or Play Store.

This one’s more involved than the likes of Monopoly, so you’re probably going to have to explain the rules a couple of times, but once everyone knows what they’re doing you’ll be hard-pressed to find a better mobile board game out there.

There are loads of modes, loads of guns and loads of maps. Call of Duty: Mobile is an absolute blast, and when you throw friend-based teamwork into the mix you’re on to a winner and no mistake.

A new entry, but one that’s going to keep you entertained for hours on end. This is a full-featured version of the biggest MOBA in the world and it works wonderfully well on touchscreen devices.

It can be a bit overwhelming, but joining up with friends takes some of that pain away. And getting better together is much cooler than getting better on your own.

It might have been around for a while but Clash Royale is still a great game to play with your friends. You can start your own Clan, try out new cards on each other in friendly scraps and much, much more.

Clash Royale on your own is brilliant, but having some friends along for the ride can make it even better.

The 10 Best Zombie Games for iPhone, iPad and Android 2021 – The Mobile Undead