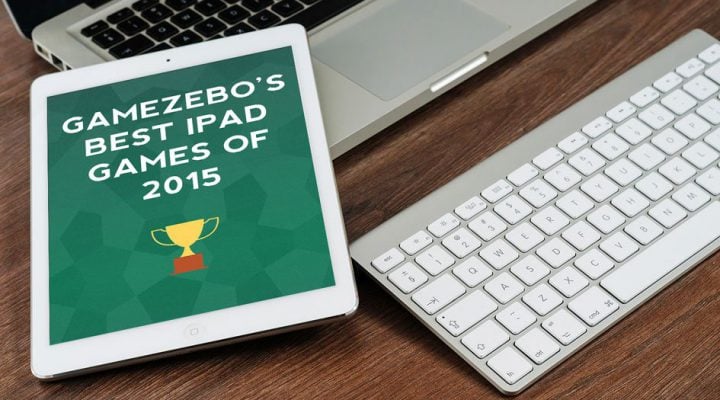 2015 had some fantastic games, and even though most of them can be played on your iPhone, it doesn’t mean they necessarily should. Sometimes a bigger screen is just better, and the following ten games are more than happy to prove that.

What follows are the 10 best iPad games of 2015 according to Gamezebo. If you only have an iPhone, yes, you should still take the time to play most of these. Just know they’d be a smidge better on a bigger device. And if you’re worried your favorite didn’t make the cut, don’t fret — it may very well be in our roundup of 2015’s best iPhone and Android games.

But enough chit chat. Get out your tablets. It’s game time. 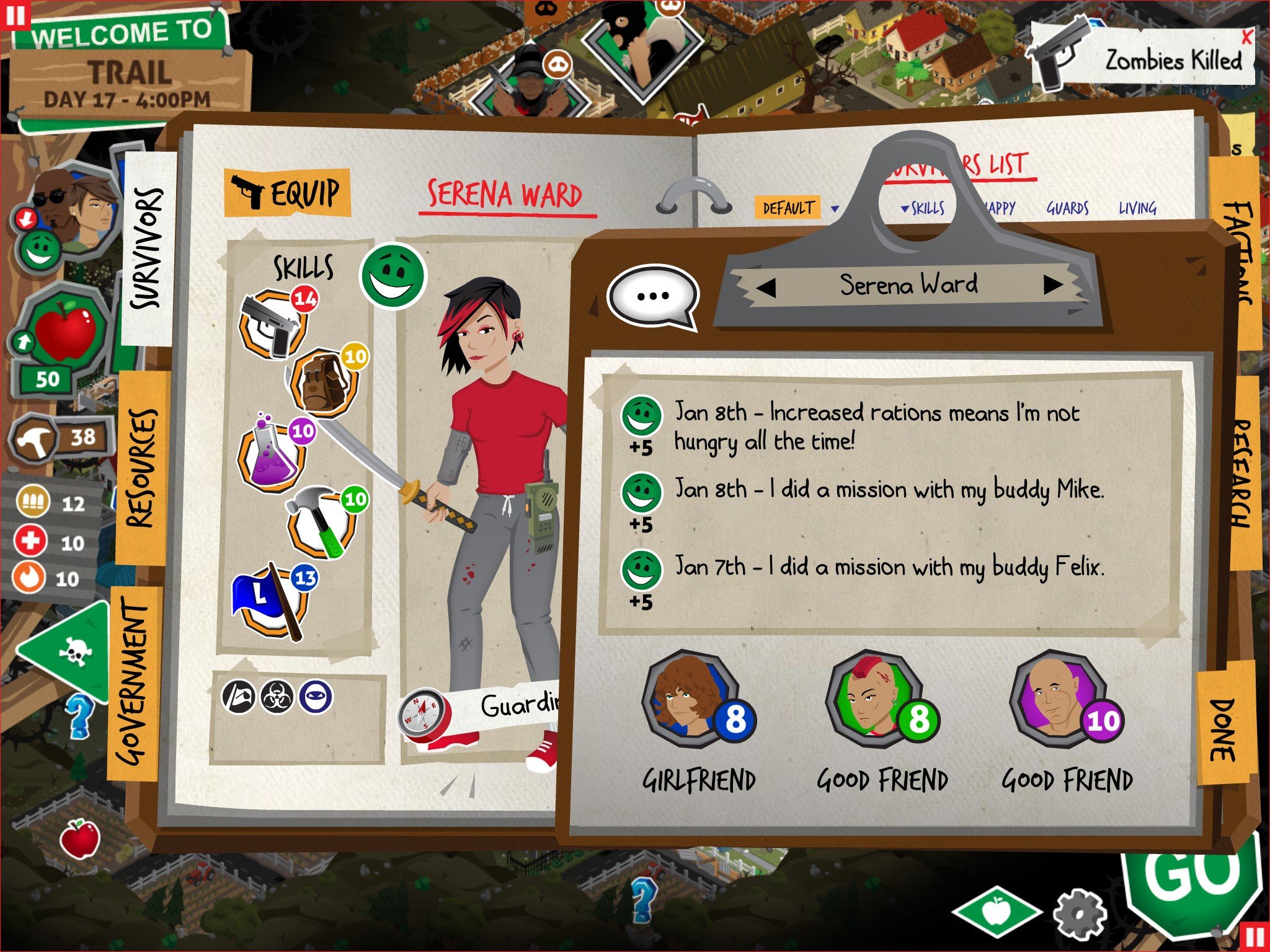 City management games come and go — but few pit you as the chief rebuilder of society in the face of a zombie apocalypse. Sarah Northway’s Rebuild series has tackled that particular niche for a few years now, and Rebuild 3 is far and away the best version of her undead society builder to date.

Much of the game is focused on deciding which of your survivors are best to assign to which task (building, defending, zombie-blasting down at the ol’ Circle K, etc..), but you’ll also spend a lot of time making decisions that could make or break the lives of your people depending on the outcomes. All of these decisions come together in a new way for the Rebuild series as, unlike the first two games, Rebuild 3’s action unfolds in real time.

There’s the option to go back to the turn-based method if you really want — but what fun is that? There won’t be any turn-based decision making when the real zombie apocalypse comes. Treat this like training. 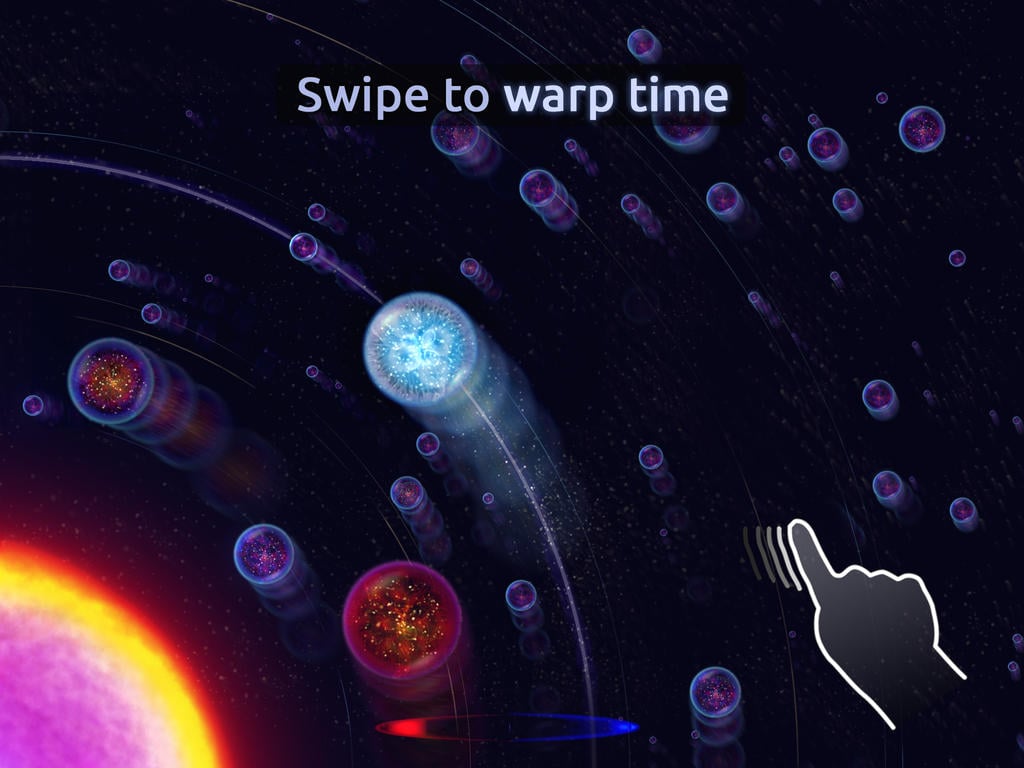 There are a lot of games about war. Too many, if you stop to think about it. And for the most part they’re all about one thing: battle. Whether we’re talking first-person shooters or finely-detailed strategy titles, war games are about soldiers and little else.

This War of Mine is different.

A simulation about surviving in a nation torn apart by war, This War of Mine sees players making hard choices, scavenging for whatever they can, and discovering where they stand on the fine line between morality and survival. It’s gut-wrenching stuff — and a perfect example of how games can open our eyes in a way few other mediums could.

8. Dungeon of the Endless 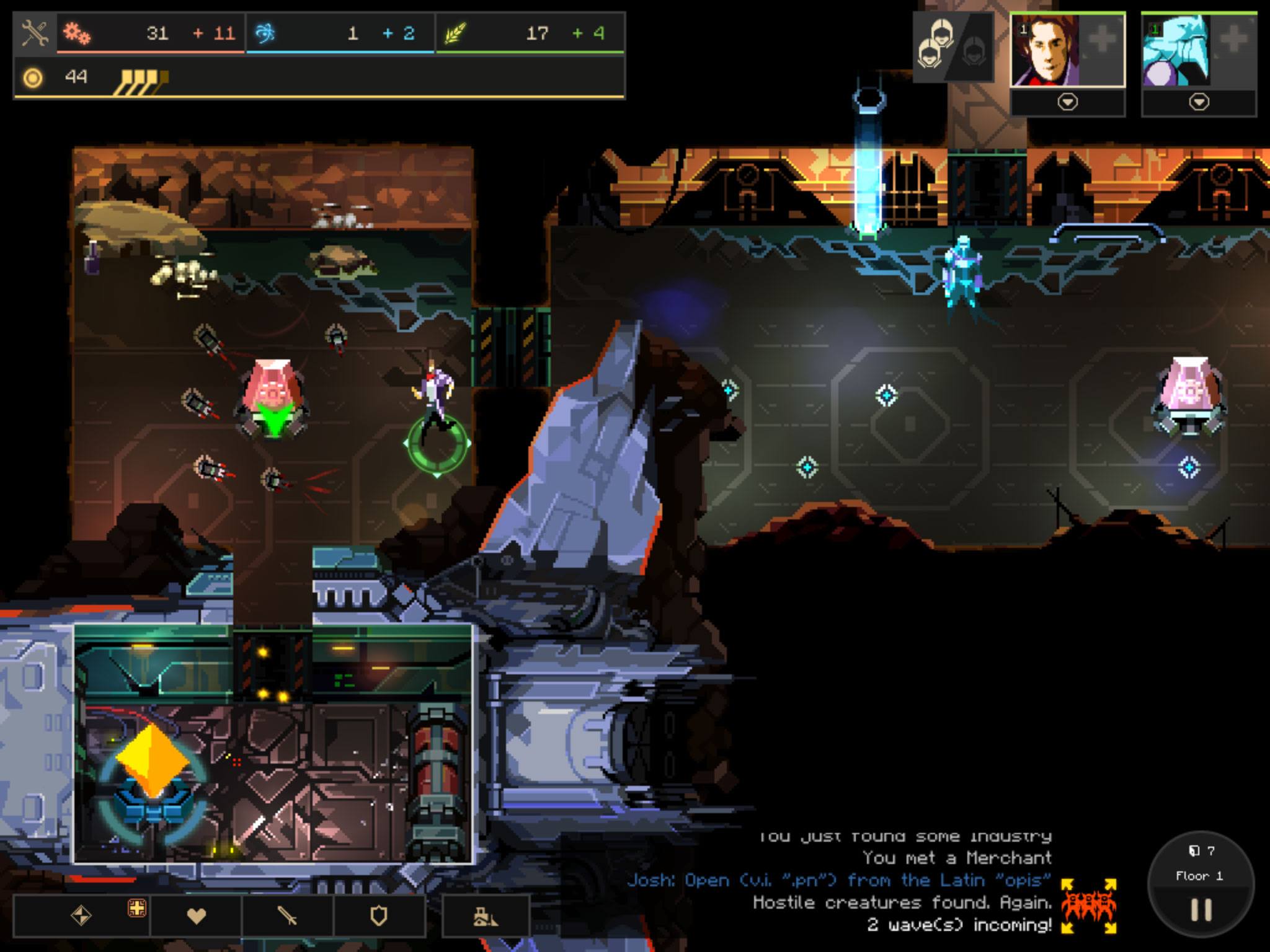 One of 2014’s coolest PC roguelike / strategy titles made its way to the iPad this year, bringing all of its frantic “crashed spaceship survival” gameplay along for the ride.

Players in Dungeon of the Endless control a team of survivors as they attempt to assess and traverse floor after floor the alien building they find themselves in. Survival means exploration, but it also means creating stations and generating resources. Setting up defenses, powering up rooms, and fighting off hordes of enemies are very real problems — and they all take place in real-time. You’ll need to decide if you want to split your team up to discover (and protect) more of each floor, or stay together to rely on strength in numbers. (And if you do split up, who is going to stay behind and protect your crystal?)

Dungeon of the Endless is a tough balancing act, and can be a pretty punishing adventure — but if you can dig the “oops, now you’re dead” nature of roguelikes, you’ll really enjoy what Amplitude Studios has crafted. 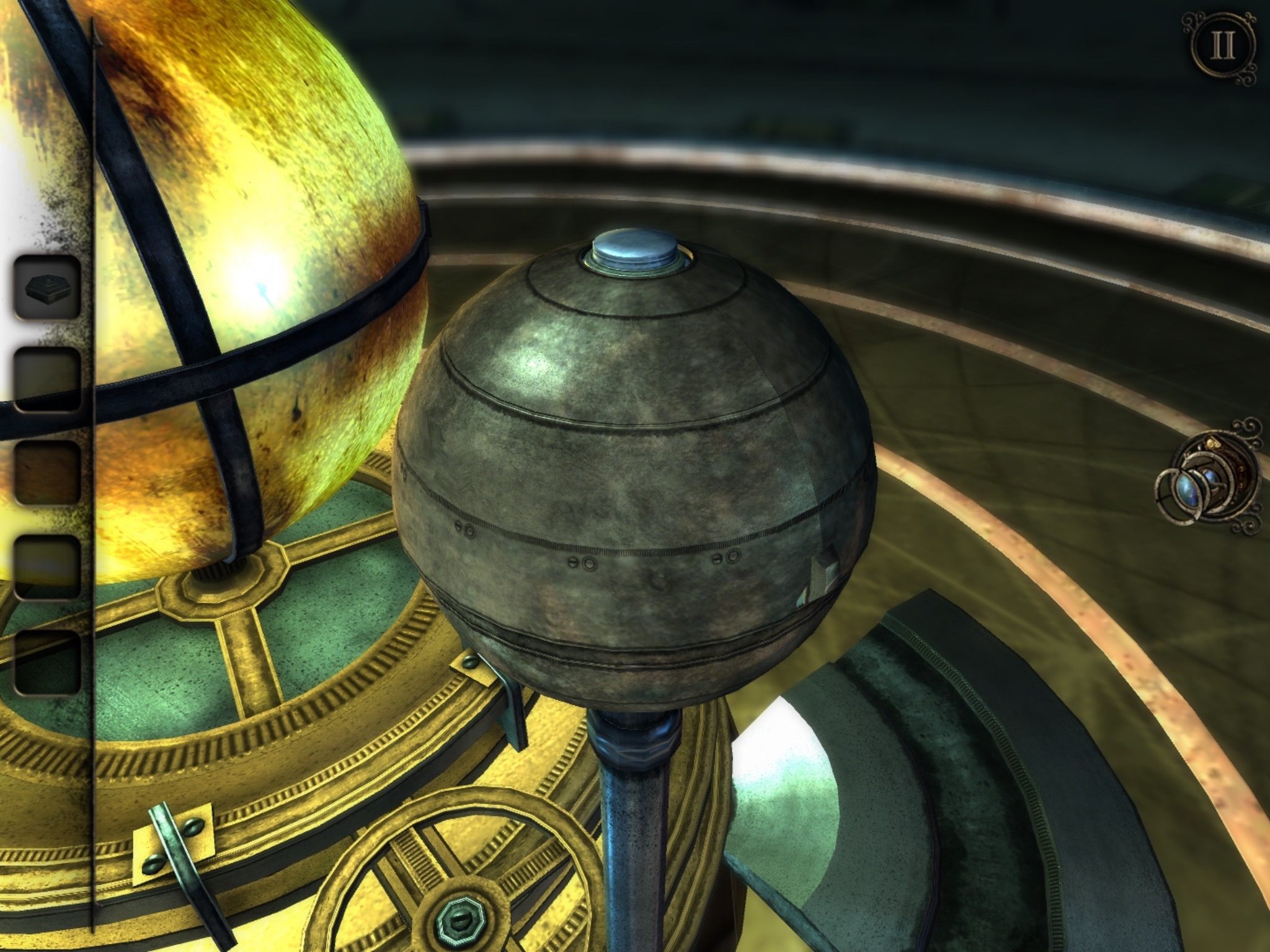 Puzzle gamers longing for a beautiful, polished, object-based challenge have been well catered to since The Room debuted in 2012. The series is known for its puzzle boxes and doodads that activate other doodads when manipulated in just the right way, and The Room Three continues this tradition in their biggest release to date.

Ultimately, yes, it’s more of the same — but when “the same” means intricately crafted puzzles that prove deeply satisfying once solved, it’s hard to complain. And there are some new additions here, too, including some fleshing out of the series’ narrative, multi-room puzzles, and an enhanced eyepiece that lets you travel inside of certain objects to solve puzzles you might not have otherwise spotted. 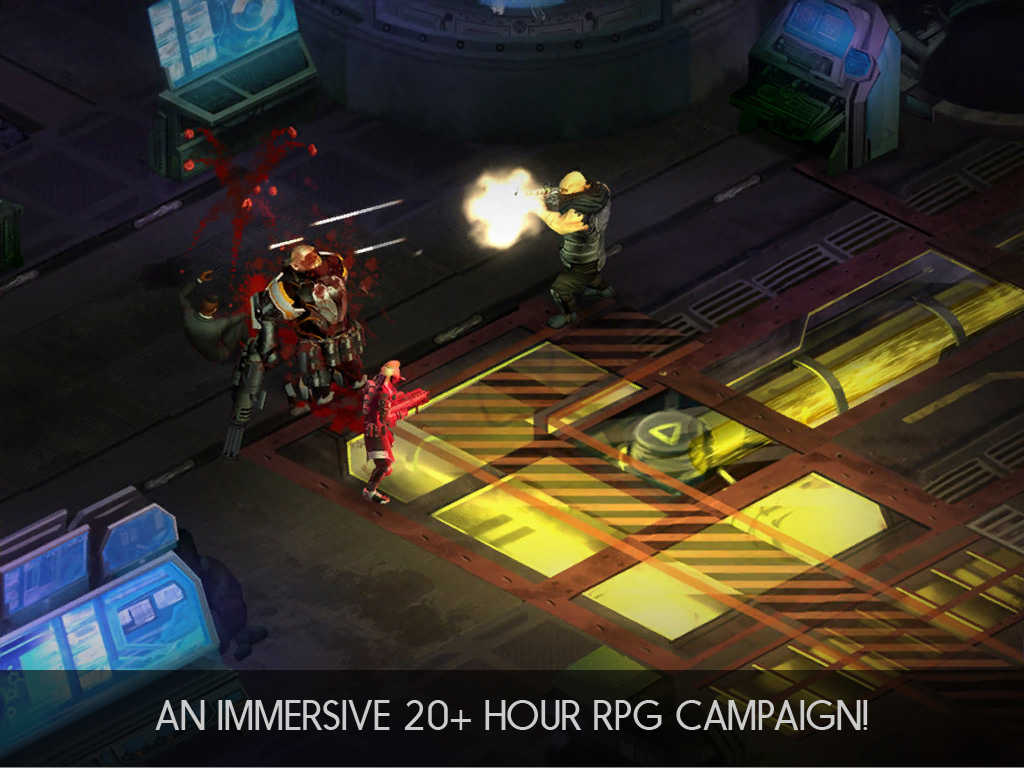 Back when it launched on PC in 2013, we gleefully included Don’t Starve as one of the best games of that year. And now that it can fit in your pocket? We’re delighted to include it once again.

But the “pocket” sized version of  Pocket Edition isn’t really the best way to experience its survivalist ways. Playing Don’t Starve on a smaller smartphone screen is something of a challenge, especially with all of the icons you’ll be tapping. Playing on a tablet, by contrast, is a breeze — making this a perfect example of why some games end up on this list rather than the smartphone one.

This version includes almost all of the DLC from its PC counterpart (only the multiplayer DLC is missing) and is available for a fraction of the price, making this a sound investment for anyone who managed to miss Don’t Starve in its earlier incarnations. 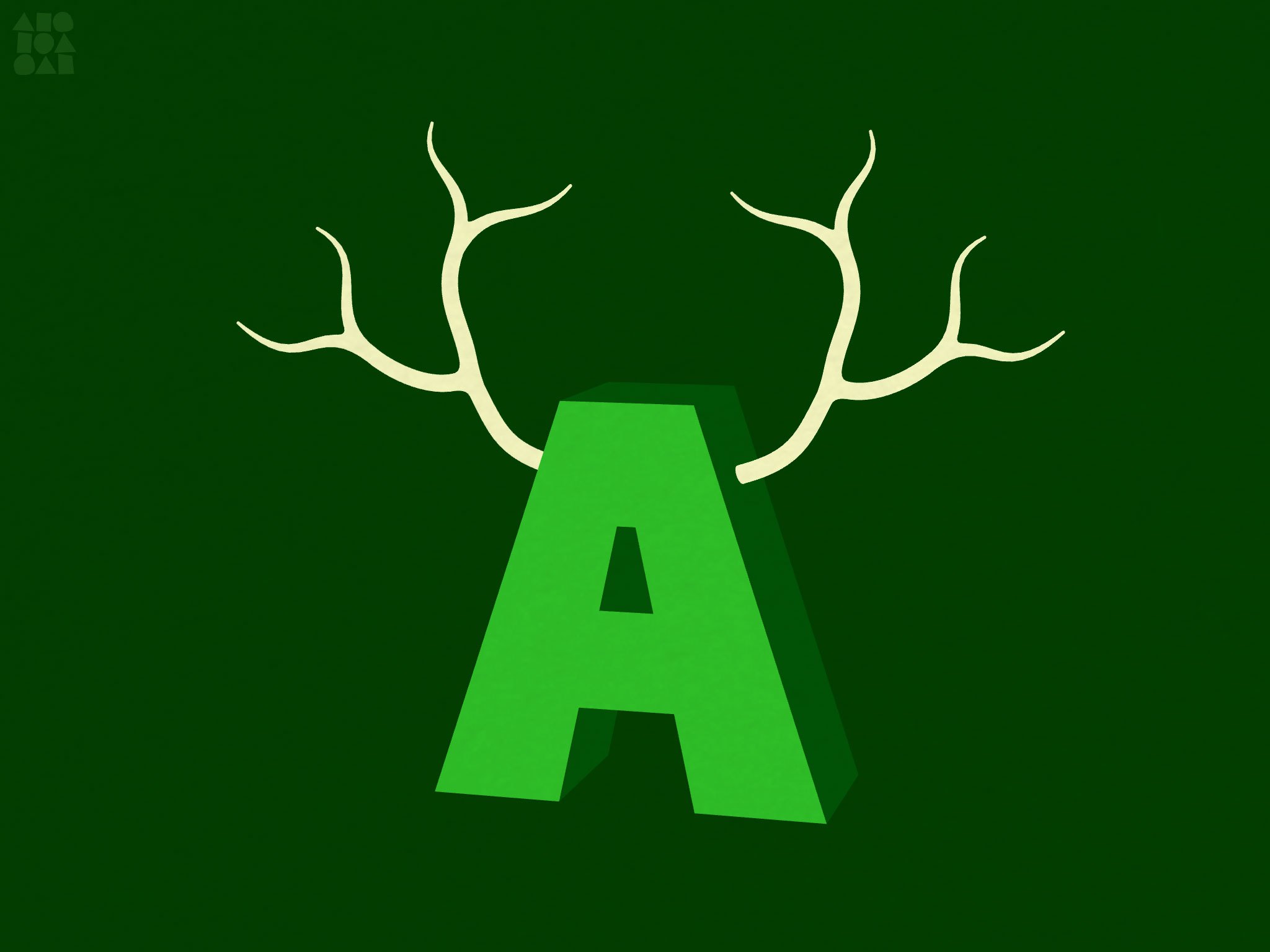 Our #5 entry for this year’s best iPad games isn’t really a game at all; at least, not if you’re over the age of 4. Regardless, it’s hard to not be wowed by the artistry that’s gone into Vectorpark’s Metamorphabet.

So simple a toddler can enjoy it (that’s the point!), Metamorphabet is a chance to poke, prod, and explore letters to trigger different animations and learn the different sounds they make. The A, for example, will grow antlers, amble, and finally form an arch.

This is the living, breathing, 21st century reimagining of how Sesame Street taught you your ABC’s. Sure it would be weird to buy this if you’re not a parent… but if you’d happily sit through the PBS mornings of your youth again regardless, you’ll be delighted to digest what Metamorphabet has to offer. 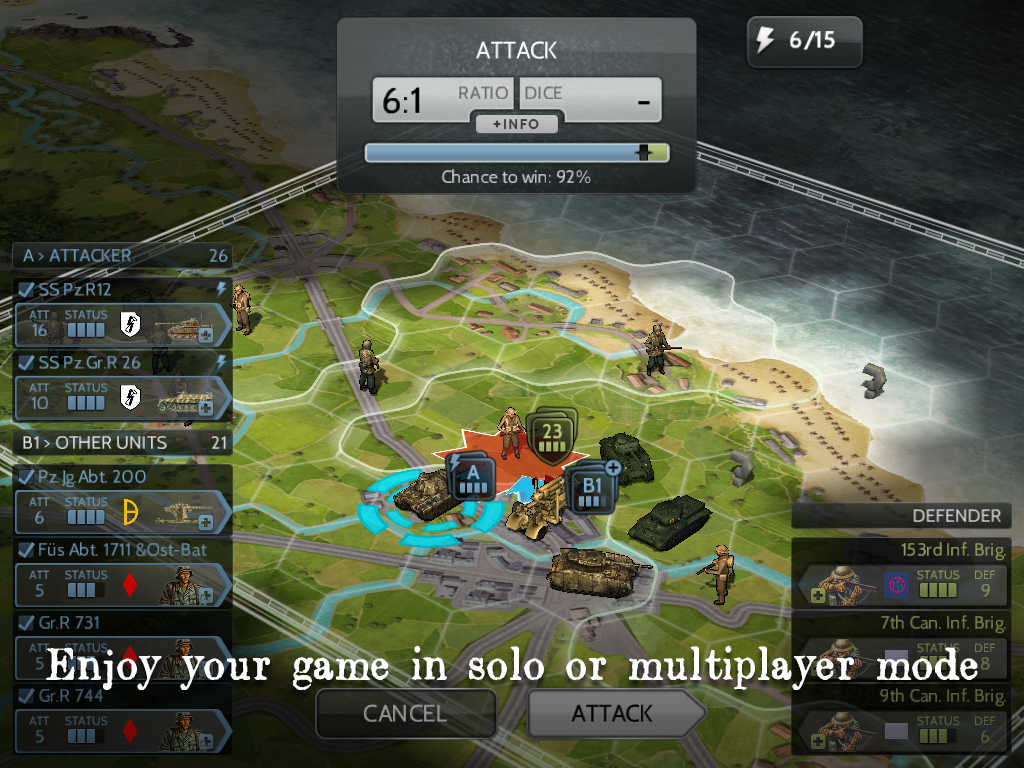 Can an indie RPG really live up to six years worth of anticipation? If that game is Galactic Keep, the answer is a bonafide yes.

Originally announced in 2009 (and delayed a few times since), Galactic Keep hit the App Store this year and delivered on everything the team at Gilded Skull Games had promised. A tabletop-inspired RPG complete with grid-paper environments, dice rolling and tokens for characters, Galactic Keep is wrapped tightly in the sort of perfect sci-fi story that only a true Dungeon Master can weave. The writing in Galactic Keep is spectacular, and the battles are brutally hard (though if you opt out of Hardcore Mode, deaths won’t be permanent).

Best of all, it’s all draped in the fantastic, retro art style we’ve come to love from Gilded Skull. If you like colors that pop and monsters that stun, Galactic Keep is like a painting of your teenage tabletop years come to life. 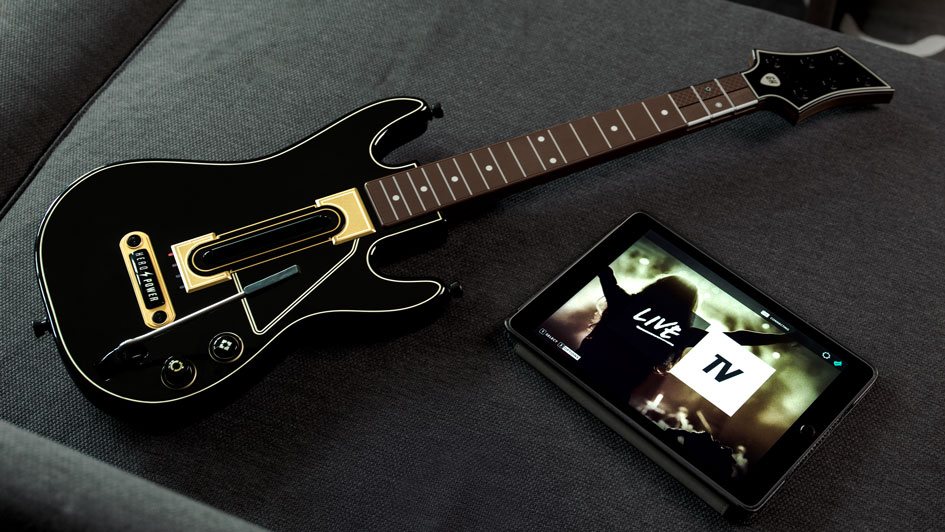 Last year Activision made our best iPad games list by flawlessly bringing the console release of Skylanders Trap Team to the iPad. Now they’ve made our round-up for the second year in a row; this time bringing the revival of the Guitar Hero franchise to the App Store. But as great as it is to play the guitarless “tap” version of Guitar Hero Live on the iPhone, you really need an iPad and a plastic six-string to get the proper experience.

In addition to the sort of gameplay you’ve come to expect from the franchise, you’ll now be playing alongside a band captured in full-motion video that reacts to your performance. Play well and they’re all smiles and high fives. Play poorly, and you’re less than a roadie in their eyes. The same goes for your adoring / abhorring audience.

Guitar Hero Live also features a 24 hours music video station that you can jam along too, bringing back the golden era of MTV without any of those pesky VJs. 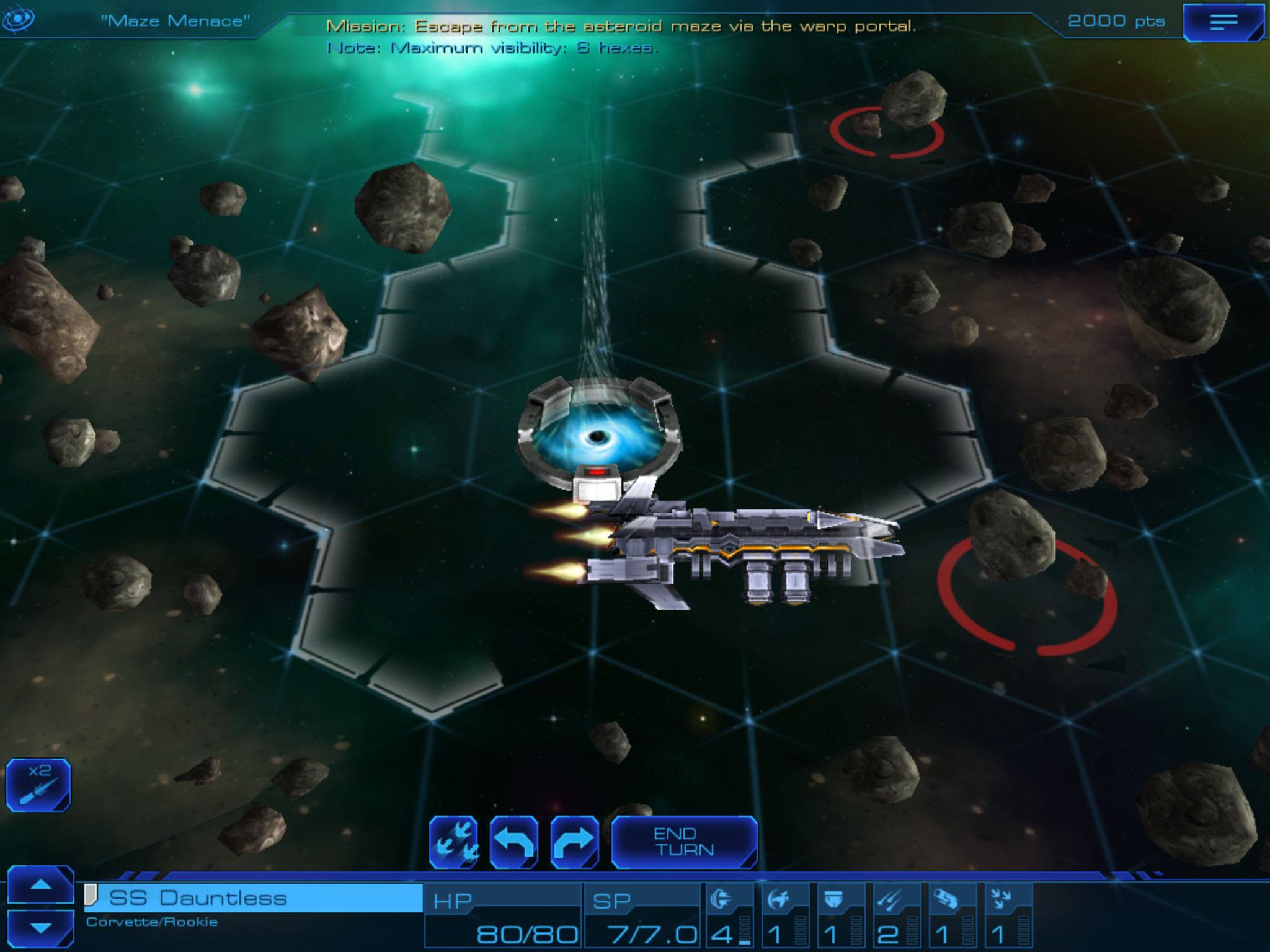 Sid Meier’s Starships is a game you either love or hate. Considering its inclusion (and incredibly high position) on this list, it’s not hard to imagine which camp we fall into.

Starships is a game that takes place in the same universe as the current generation of Sid Meier’s Civilization games, “Beyond Earth,” which plays very much like the Civ games that came before it — but its space-faring cousin is built less on diplomacy than it is domination at the end of a laser cannon. Players will build, deploy, and coordinate fleets of starships as they battle against other factions to expand their territory.

If you’re starting to think this sounds like other space tactics games, you’re right — but Meier sets his game apart by distilling complicated concepts into user-friendly gameplay, making this a perfect entry point for fans of space and strategy, but like to keep things simple. For Starships‘ naysayers, this is the game’s biggest turn off. But for the rest of us? That’s what makes the experience so damned fun to play. 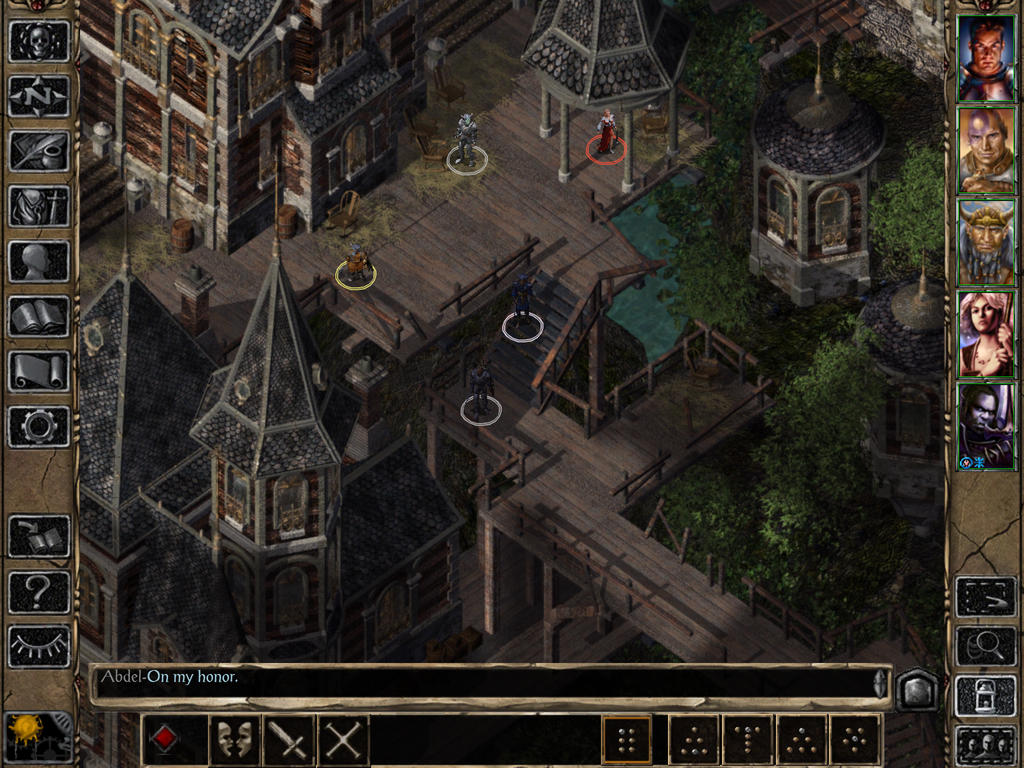 If you haven’t played Her Story yet, it’s all too easy to pigeonhole it by the headlines you’ve read. “Oh, it’s that game that uses full motion video in 2015.” “Oh, it’s that found footage mystery thing.”

Stop what you’re doing right now and play it. Her Story is the most unique, inventive, and bone-chillingly suspenseful game this year.

Her Story offers up a faux-true crime vibe, making it an easy sell to fans of projects like Serial and Making a Murderer. To discuss the story in much detail would take away much of it’s appeal, so we’ll try to stick with the basics. You’ve gained access to an old police video database from 1994, and can search through interviews with a specific suspect in a murder case — but only by keyword. Videos can be anywhere from 5 to 50 seconds long, and every word spoken is searchable (in the context of the story, you’re technically searching the related transcripts), so you’ll need to pay close attention to try and uncover the keywords that will reveal the bits of the story that you want to know.

And you’re going to want to know all of it. Her Story is an absolutely riveting piece of fiction, and it’s told in a way that requires you to use real deduction if you want to find your way to the end. Playing detective has never seemed more real than this.