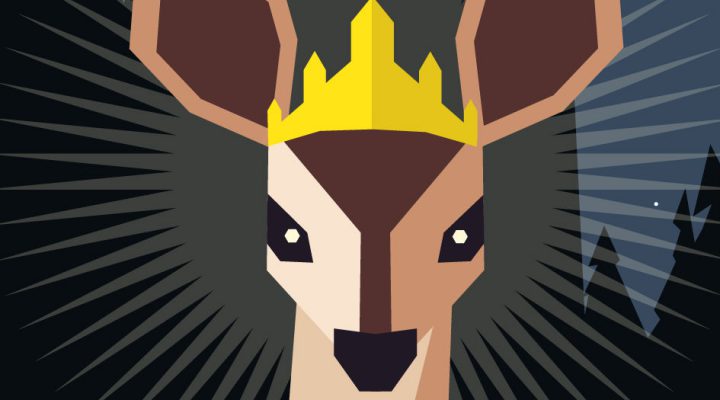 The year is winding down. It’ll be 2018 soon, with all the space-age connotations that that brings with it. So really it’s the perfect time to look back at the best iOS games of 2017. I’m sure I’ve missed some, somewhere along the way, but these ten are the ten that really stood out for me.

And it’s not like I just picked ten as an arbitrary number. I wrote down the best games that I’d played, and there just happened to be ten of them. Anyway, feel free to argue with me in the comments, or stick in your own suggestions. And make sure you read all of our reviews of the games, so you’re properly up to speed with what happened this year.

A game about a fantastical past that somehow deals more intelligently with modernity than almost anything else that came out on the App Store this year. It’s about women, about structures of power and about the difficulty of making decisions. Brilliantly written, with a look all of its own, Reigns: Her Majesty is a game that you need to play.

Click here to read our Reigns: Her Majesty review

It’s pretty impressive that Monument Valley 2 didn’t just build on the foundations of its predecessor, it actually went right ahead and improved them. The puzzles are smarter, the story is more interesting and the look of the game is absolutely jaw-dropping. No, it’s not the longest game in the world, but every single second of Monument Valley 2 has been crafted to absolute perfection.

While the first two games on this list dealt with subtly unfolding narratives, Guns of Boom is all about guns that go boom. It’s essentially a riff on the Team Fortress 2 template, but with brilliant mobile controls and perfectly balanced blasting that makes you charge back in time and time again. With an eSports mode on the way, expect to hear a lot more about this one in 2018.

A lot of us thought it wasn’t possible. An RTS just wouldn’t work on mobile, not if it was going to retain the scope and control of the genre. But then Iron Marines came out, and it did just that. Blending together elements from other genres, it create something that isn’t just special, it’s an absolute riot to play.

There were plenty of games that came out this year that played around with some of the ideas that Monument Valley first threw into the mobile sphere. Euclidean Lands didn’t just play around with them though, it shook them up and made them its own. Like a multi-dimensional GO game, it’s a smart puzzler that gets even better the deeper you get into it.

Sometimes, you just want to do something nice. No killing, no shouting, just hanging out with your digital friends and building up a community. And that’s exactly what Animal Crossing: Pocket Camp does. It’s another game that understands mobile, and since it’s only the third title that Nintendo has released, that’s pretty damn impressive.

The Witness is unlike anything else you’ve played. It’s a game that almost doesn’t care about you. You’re dropped into an island, given a vague idea of what’s going on, and then left to your own devices. There are puzzles to solve, and a massive world to explore. You’ll get stuck, you’ll get confused, but when you figure out what you’re supposed to be doing you’ll find some of the greatest eureka moments gaming has to offer.

There have been some great driving games on mobile, but this is hands-down the best of them. There’s so much to play around with, so many different setting to tweak to get the best out of the game, that it feels like it’s been built for everyone. The racing is nail-biting, and if you want to really get into the nitty gritty of being a racer, you can turn off all the assists and see just how difficult it really is.

No Man’s Sky was massive and lonely. It felt like there was something going on in the universe, but you kept on missing out on it. Morphite on the other hand gets the balance of scope and spectacle just right. You’re exploring huge planets, but you’re on a reasonably linear path between them. Throw in some giant bosses and an intriguing story and you’ve got one of the best space games in recent memory.

RPG puzzlers quickly became a staid genre. And then Ticket to Earth came along, messed around with all the parts that had got dull, and created something really special. Yeah you’re matching stuff, but there’s a link to the action on screen and the puzzling, and that makes things far more interesting. You’ve got a great story to work through too.

Click here to read our Ticket to Earth review

Gamezebo Mobile Game of the Week: Arena of Valor