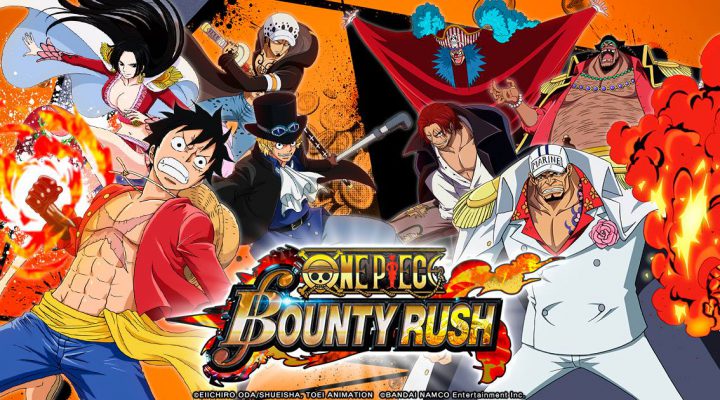 If you’re looking for some anime entertainment on your smartphone or tablet, then we’ve got the list for you. There are loads of anime-based games on the App Store and Play Store, but which ones are the best? Well we reckon these are the ten finest that you can download in 2021.

We had to trim down the list to get to ten, so we might have missed your favorite. If that’s the case, make sure you let us know in the comments section at the bottom of the article. Before that, though, here’s our list of the finest anime experiences you can have on your iOS or Android device right now.

A gorgeous-looking 3D action card game that’s built around an original character and a new story. You build up a team of Dragonball classics and use them to beat seven shades of shimmery goo out of your foes. Every bit as bonkers as you hope it is.

This one is a 3D action looter that sees you running around arenas and trying to grab as much treasure as you can. The cool thing is it’s multiplayer, so you’re battling against other real people. Capture the flag, One Piece-style. What more do you want?

A hack and slash game that follows some of the stories from Bleach, as well as building its own. It’s easy to pick up and play, and the action is fast and furious as you’d expect. There are massive special moves, cool character upgrades and loads more.

Part base builder, part ninja hack and slasher, all fun. You need to create the ultimate fortress, defend it from attacks, and go on the offensive to destroy other player’s creations. Big and violent and deep and tactical at the same time.

Fight your way up a 100 stories packed with monsters, death and traps. You’ll need to team up with other players from around the world if you want to succeed. There’s always more content and more than enough action to keep you entertained for hours.

Another re-telling of an anime, this one sees you taking part in turn-based battles. You can team up with friends to take down giant bosses and also engage in PvP scraps against other players. It’s everything you’d want from a Seven Deadly Sins game.

A fast-paced ARPG that’s rammed full of awesome content. There’s loads of story to work your way through, and plenty of other exciting modes to discover. Expect crossovers with massive anime, giant robots and teamed-up action as well.

This one follows the story of the original anime, letting you experience it in new and exciting ways. Build your team up from 50 different characters, join up with your friends, and have a jolly old time while you’re doing it.

It wouldn’t be an anime game list without a Yu-Gi-Oh game. As you might expect, this one’s a card-battler. It’s perfect for beginners or old-hands, and there’s a vast swathe of content to sink your face into.

What’s better than soccer? Bonkers anime soccer, obviously. This one is hugely popular and lets you kick balls in some of the most ridiculous ways ever committed to the digital realm. You’ll laugh, you’ll kick more balls, you’ll wish you could kick balls like that in real life.

For more lists of the best mobile games that money can buy and data can download, click right here

The 10 Best Mobile Games you can Play With a Controller