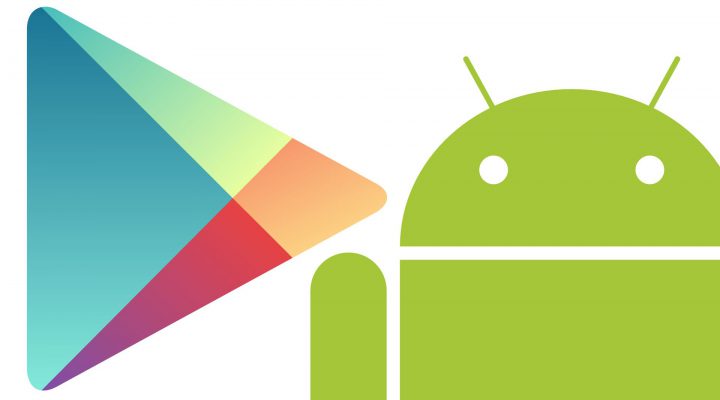 SPOILER: That phone in your pocket is good for more than just making phone calls. Still on board? Good. Then it’s time to get your game on.

The selection of great mobile games on Google Play keeps growing, and our picks are going to keep growing right along with it. That said, you want to know what to play right now and we’re here to help. So while we’ll be updating this list as new great games come out and replace old ones, here are Gamezebo’s pick for the best Android games that you can play today. 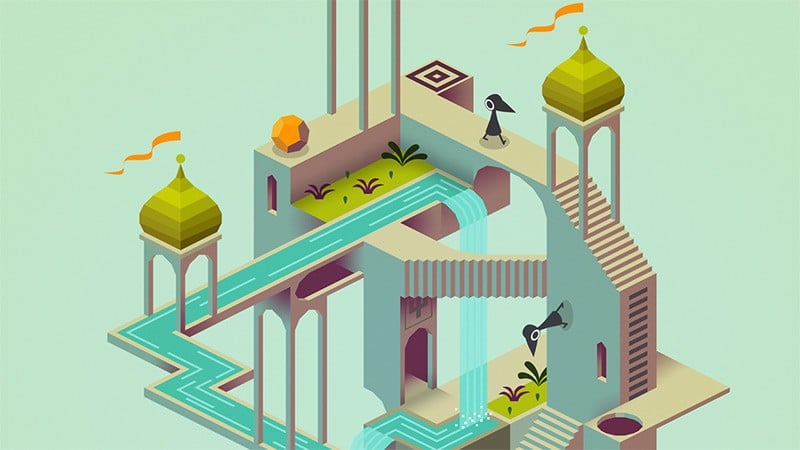 Why We Like It: A game doesn’t have to put up much of a challenge to be magical. Monument Valley is beautiful in its aesthetics, its narrative, and its gameplay; but instead of putting up a fight, it welcomes gamers with a gentle caress. You’ll manipulate the landscape to create paths for your little hero, watching the geometry of the world change before your very eyes. The level design, and how you manipulate it, takes its cues from the art of M.C. Escher (in particular, we’re reminded of Waterfall). It’s charming in a wonderfully surreal kind of way. 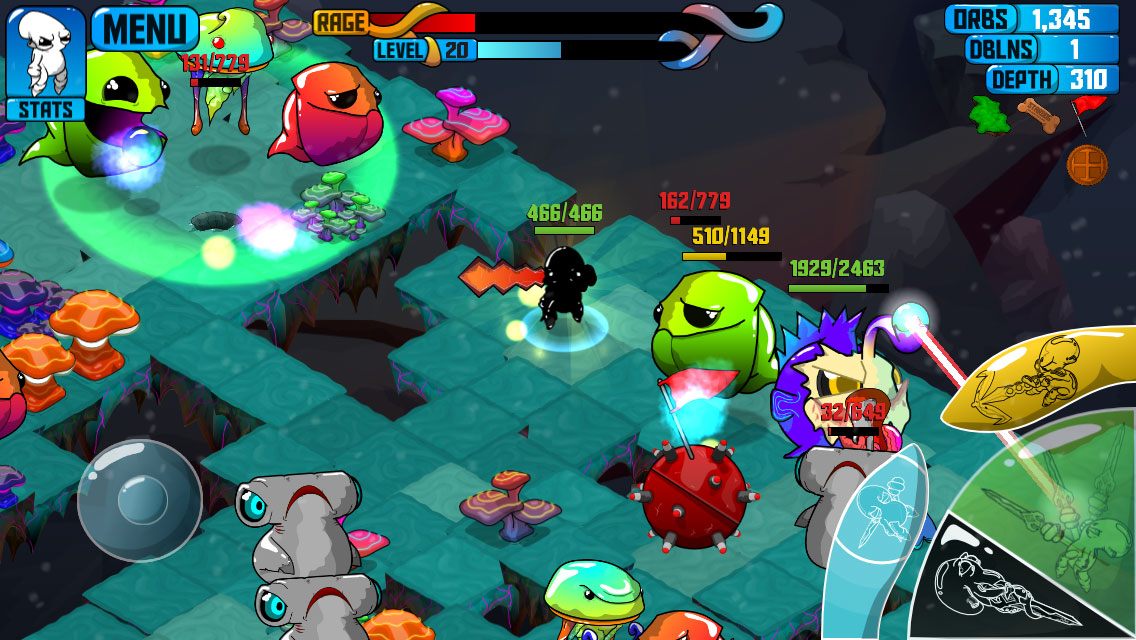 Who It’s For: Lovers of twitchy action. Well-armed cephalopods.

Why We Like It: Here at Gamezebo, we’re suckers for a good roguelike. And if it’s a crazy, fast-paced, action-heavy alternative with roguelike tendencies? Even better. Quadropus Rampage fits the bill, putting players in control of a tennis-racket wielding Quadropus (think octopus, now divide by 2) as he journeys deeper and deeper into the ocean to acquire bad ass weaponry, fight a crazy assortment of enemies, and hunt for Pete, the ill-intentioned god of the sea.

The folks at Butterscotch Shenanigans have made some brought some wonderfully weird games to the App Store, but Quadropus Rampage is their crown jewel. 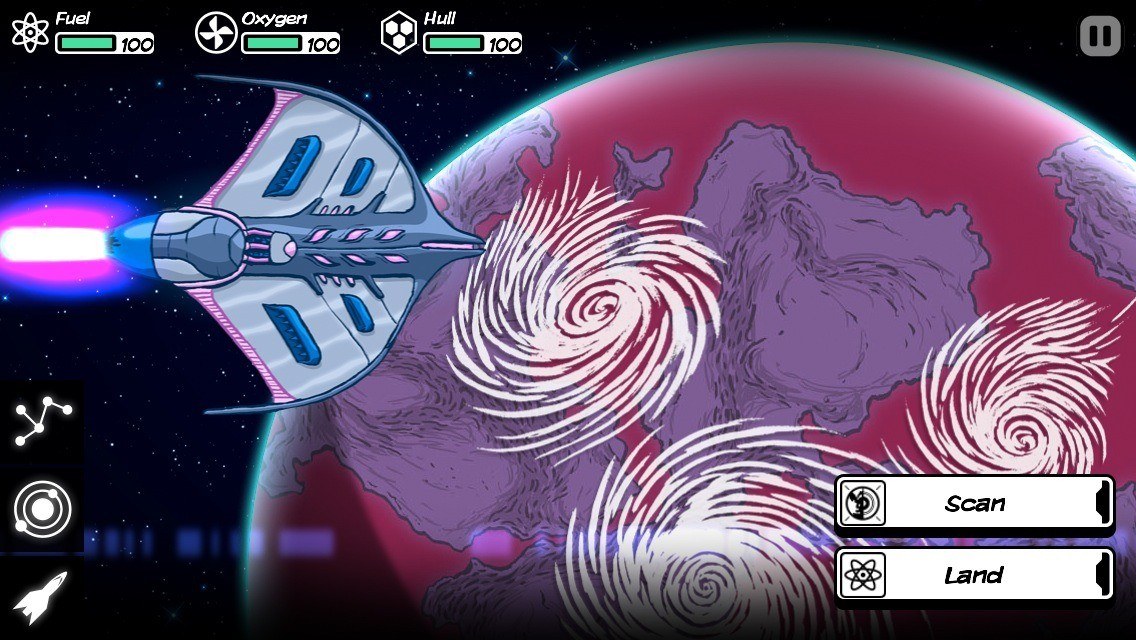 Who It’s For: Space explorers who value oxygen more than lasers.

Why We Like It: Some would be quick to compare it to the space-travelling roguelike fun of FTL, but Out There sets itself apart by focusing on resource management rather than combat. Interstellar travel requires fuel, and you’ll need to make some risky decisions to make sure you have enough. The same goes for gathering enough materials to develop new technology, maintain hull integrity and a breathable atmosphere. This is a game about tough choices… and if you make the wrong ones, you’re back at square one.

Who it’s For: Everyone. Absolutely everyone.

Why We Like It: Most puzzle games are a dime a dozen. It takes something really special to stand out as unique, and something even more special to be memorable. Tetris did it. Puzzle League did it. And yes, Threes did it. This is a game that deserves to be uttered in the same breath as those aforementioned titans of puzzling. It’s a simple game based around numbers, but no math skills are required. Players will slide the board to combine identical numbers to create the resulting sum. Lather, rinse, repeat. Sounds simple? Let’s see how high you can count. 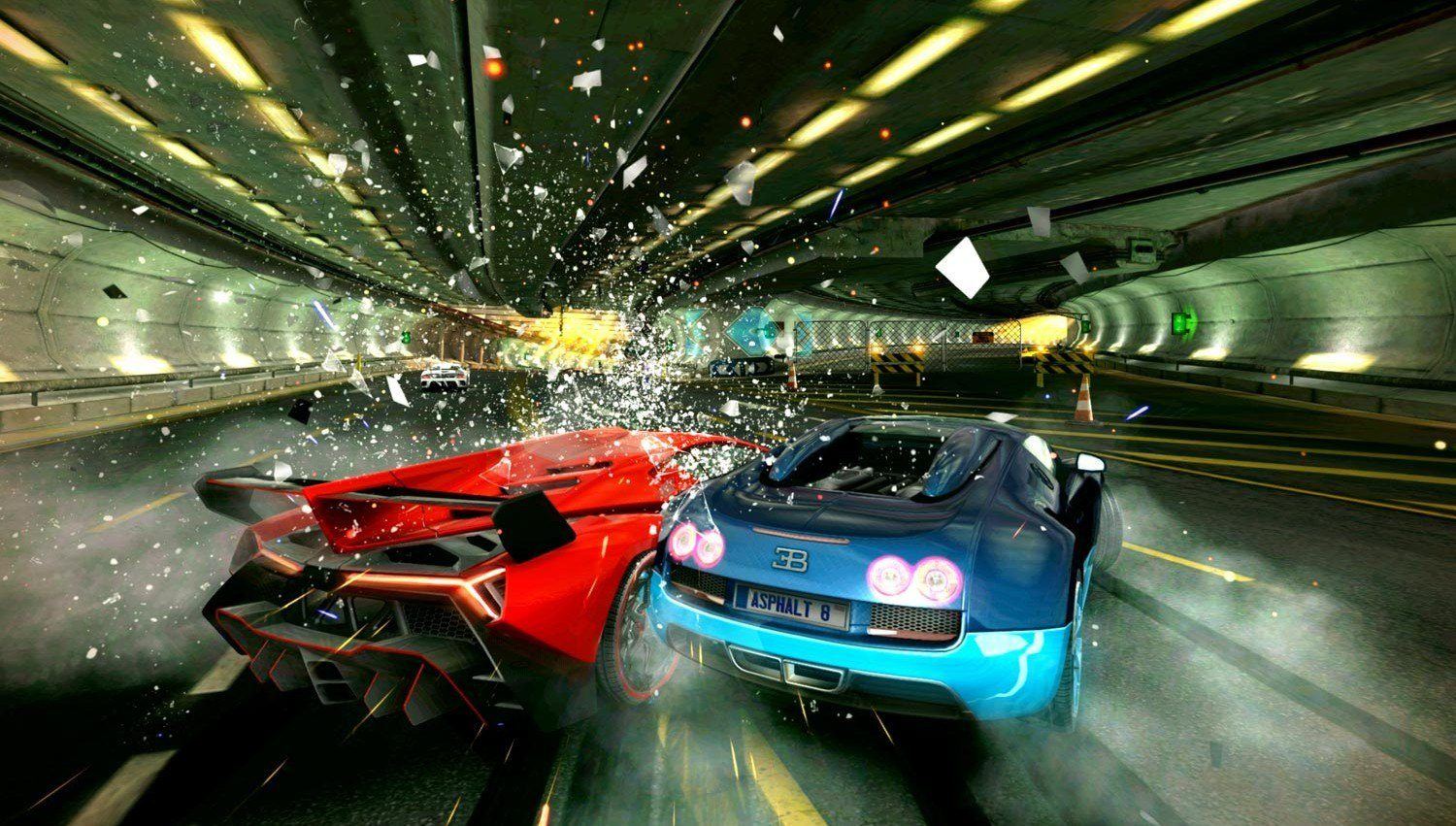 Who It’s For: Speed freaks. Drivers who just don’t get why their license was suspended.

Why We Like It: Are you an old school arcade racer who misses the glory days of Burnout? Gameloft is here to scratch that itch. Breakneck speeds, aerial stunts, and takedowns make this the best racing game on Android right now. And it doesn’t hurt that it’s drop dead gorgeous, too.

Who it’s For: RTS gamers looking for something fresh. Retired space station captains who want to relive their glory days.

Why We Like It: Contrary to what you might expect, real time strategy games haven’t really made a great transition to touch screen devices. With a mix of base-building and command-issuing, you’d think the genre was perfect for touch screen devices. But despite years of attempts, only one RTS game has really wowed us: rymdkapsel.

The game’s minimalist graphics mirror its minimalist gameplay – and maybe that’s what makes it work so well. Players will build different rooms on a space station as they attempt to survive wave after wave of alien attack. You’ll assign different crew to different rooms, each providing different results. Can you squeeze out one more unit of food in the gardens to move to the kitchen before needing to man the guns and defend the base? Do you have enough time to explore an uncovered monolith before the next attack? Assigning tasks is easy; managing your time and making building choices is not. rymdkapsel is the kind of game that you can sit down to play for 45 minutes and end up missing every meal in the day. 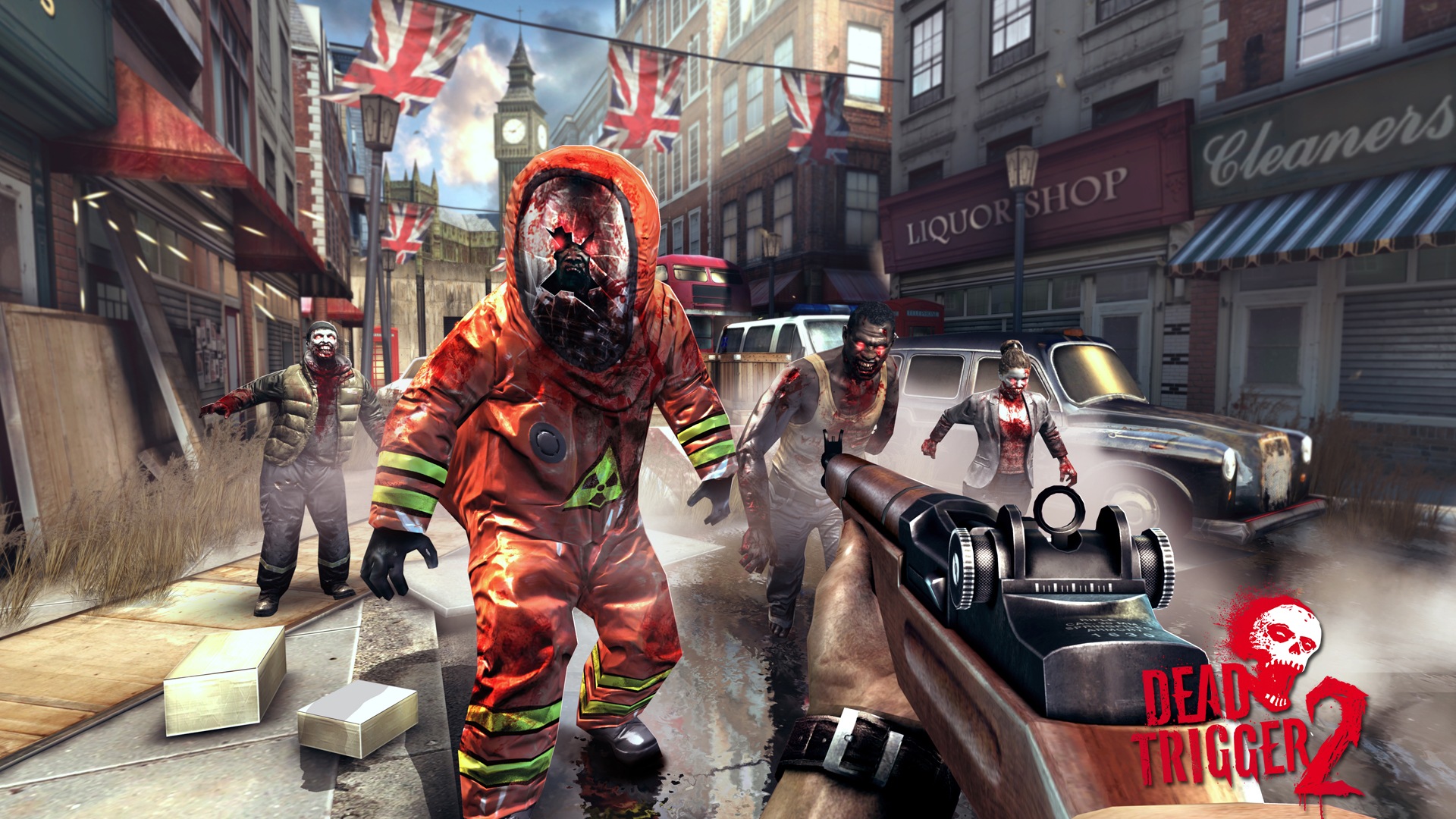 Who It’s For: Gamers that still need to be convinced that FPS can work on mobile. Humanity’s last stand.

Why We Like It: First person shooters are hard too pull of on touch screens. 90% of the time well-meaning developers fall flat on their face when they try. That’s why it was such a joy when Madfinger Games hit on a winning formula.

Not only does it control like a dream, but it’s visually fantastic, filled with zombies, and the developers have been great about adding meaningful new content on a regular basis. If you like to kill things that are already dead, this one’s a keeper. 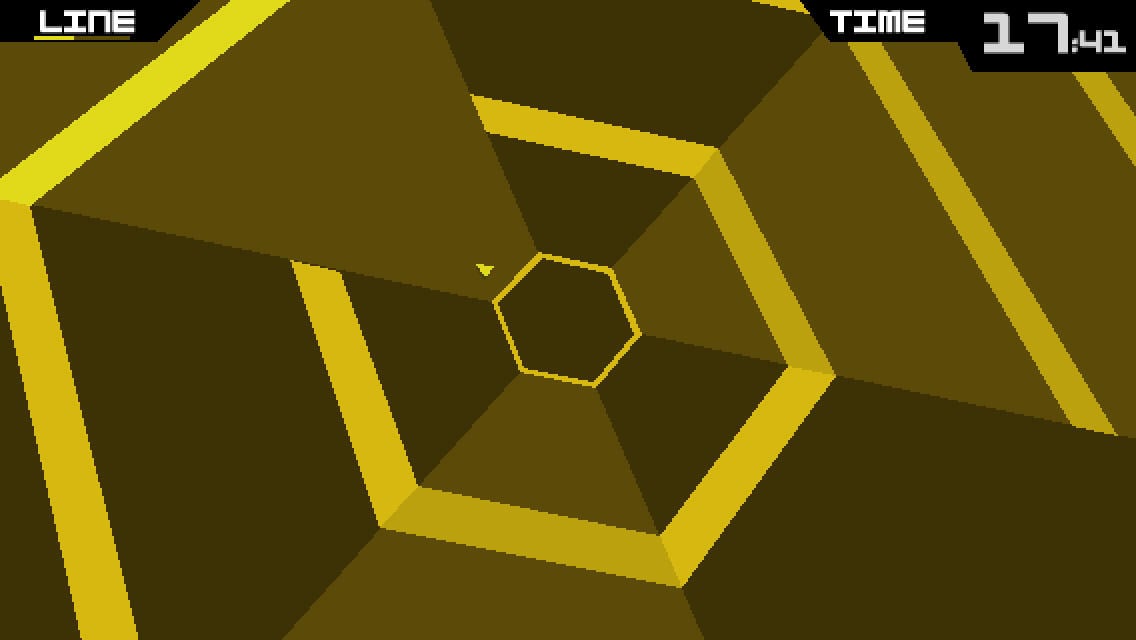 Who it’s For: Those with impeccable rhythm. Gamers who like to be humbled.

Why We Like It: While the whole world was discovering the joy and frustration of Flappy Bird, twitch-loving gamers who’ve been around the block couldn’t help but snicker. Sure, there are plenty of games that fall into the “you’re terrible, why are you even still trying?” category, but Super Hexagon is their king. A thumping soundtrack, minimalist visuals, and constant rotation sees players trying to guide their pixel on an impossible journey through quickly-moving openings. It’s as fantastic as it is frustrating (and it’s incredibly frustrating). 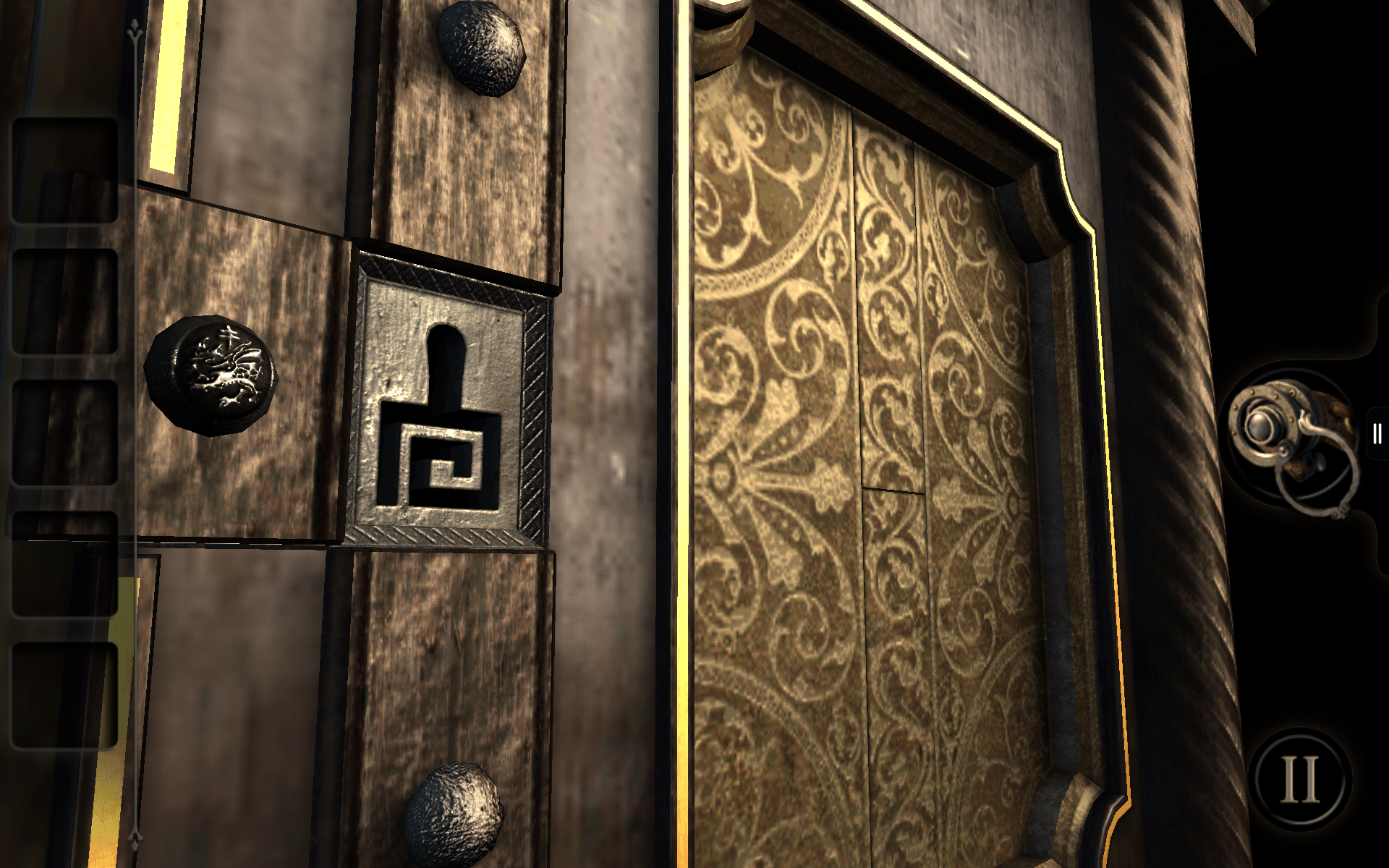 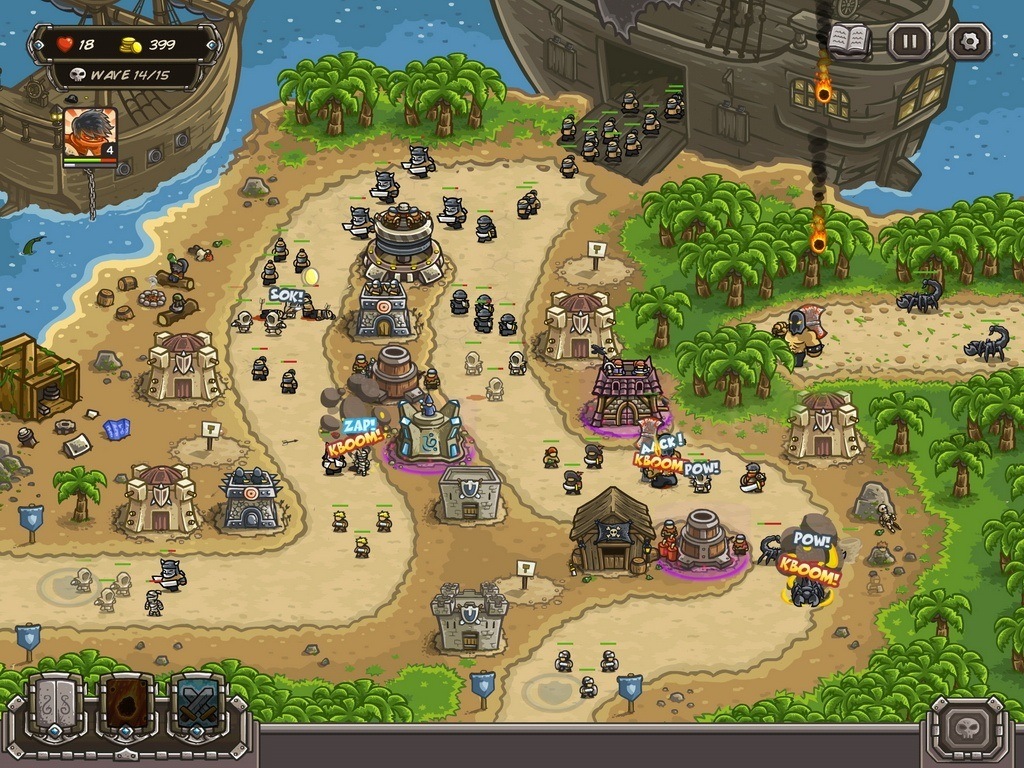 Who it’s For: Tower defense players who want to remember why they love the genre.

Why We Like It: I used to love tower defense games. FieldRunners was the first mobile game I reviewed, and as far as TD games go, it was far from the last. But with so many coming out so often, it was pretty much impossible not to feel burned out by the genre. The Kingdom Rush series manages to rise above such burnout, delivering a tight, charming, and tough TD experience that reminds you of why you loved these games in the first place. Their combination of accessible strategy, well-balanced towers, and colorful design simply can’t go unappreciated. Kingdom Rush and Kingdom Rush Frontiers are easily the best tower defense games on the App Store.