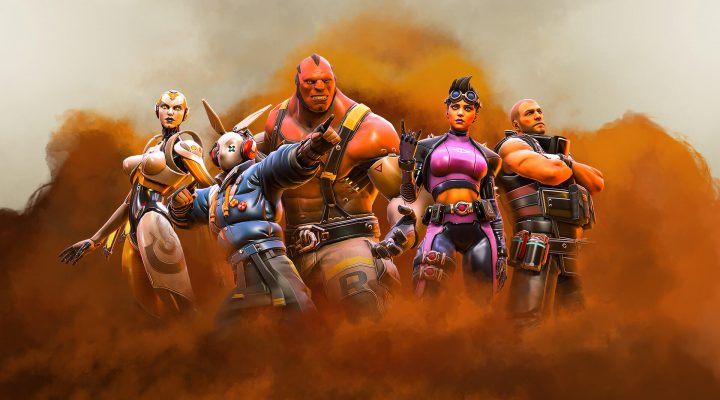 2020 is, thankfully, coming to an end. Which means it’s time to take one last look back at the year that was. Not to come to any sort of existential reckoning with the turmoil of a pandemic-rotted year, or to reconsider any of the choices we’ve made, but to decide which mobile games that came out over the past 12 months are worth mentioning again.

Today we’re looking at the ten best new Android games of 2020. It’s been a pretty good year all told, with some massive games, some small games and some mid-sized games making it onto the list. You could say there’s something for everyone. In fact, that’s exactly what we just said.

If you’ve got your own suggestions for the game of the year, then make sure you stick them in the comments section at the bottom of the article. Before that though, here are the ten best Android games of 2020, according to us.

This one is an absolutely stunning ARPG set in a cel-shaded world that’s going to make you go wow on at least seven different occasions. It’s all about building up your team, using gacha mechanics to grab powerful new warriors, and then mashing the poop out of monsters.

A cross-platform version of one of the very best stand-alone Final Fantasy games ever? You can sign us up. We remember spending hours playing the original, GBAs hooked up to a Gamecube, a mixture of awe and glee spread over our much younger, much more hopeful faces. And now we get to play it in the palm of our cynical, old hands. What a time to be alive.

A gloomy action RPG filled with horrifying monsters, massive swords and the odd bit of questioning the nature of existence. This is the souls-like that mobile has been clamouring for. It’s sharp and deadly, and there’s been even more awesome content added since it first came out.

The pocked-sized version of one of the best MOBAs ever. It’s League of Legends but built with mobile in mind. Just as deep, just as engrossing and maybe even a bit more gorgeous. You’re going to have to put some work in to get the most out of it, but trust us, it’s well worth it. If you like MOBAs, anyway.

So there are two League of Legends games on the list? What are you gonna do about it? This one is a card game set in the same universe and it’s really, really good. Strategic, intelligent and a little bit alluring too. It’s the sort of game you’d take home to meet your family. If your family were into card games and League of Legends. Hey, they might be.

Download Legends of Runeterra from the Google Play Store

A load of zombies walk onto a bridge. They fall off because you didn’t build the bridge well. No, that’s not our lame attempt at humor, that’s basically the idea behind this mash-up that no one wanted until they realized that they really, really wanted it. Flesh eating shamblers plus physics equals a surprising amount of hilarity. It’s good when you get things right as well.

Iris and the Giant

Everyone loves fusion nowadays. Why have one thing when you can have a bunch of things clumped together in an ungodly mess? Not that Iris and the Giant is an ungodly mess. Why would it be on this list if it wasn’t any good? That would defeat the object of what we’re trying to achieve. It’s a brilliant mix of an RPG and a card game that puts its own unique spin on both of those genres.

Download Iris and the Giant from the Google Play Store

[Updated] The Best Mobile Games on Sale This Christmas Season