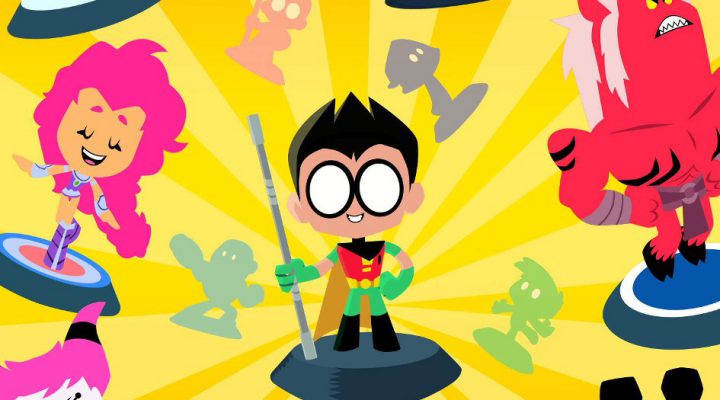 Great balance between accessibility and depth.

Navigating the map a bit fiddly.

Right now, Robin, Batman’s teenage ward, is wearing a dog costume. He’s changed his name to Dogbin, in order to sneak into a figure battling competition in a pet shop. This is just one of the reasons that Teeny Titans is glorious. It’s a bright and buzzing cartoon adventure with shades of Pokemon thrown in for good measure. And It drips quality from every one of its multitudinous pores.

If you’re looking for a new RPG with a cheeky sense of humour and a stuff-collecting backbone, then you owe it to yourself to pick this one up and give it a go. 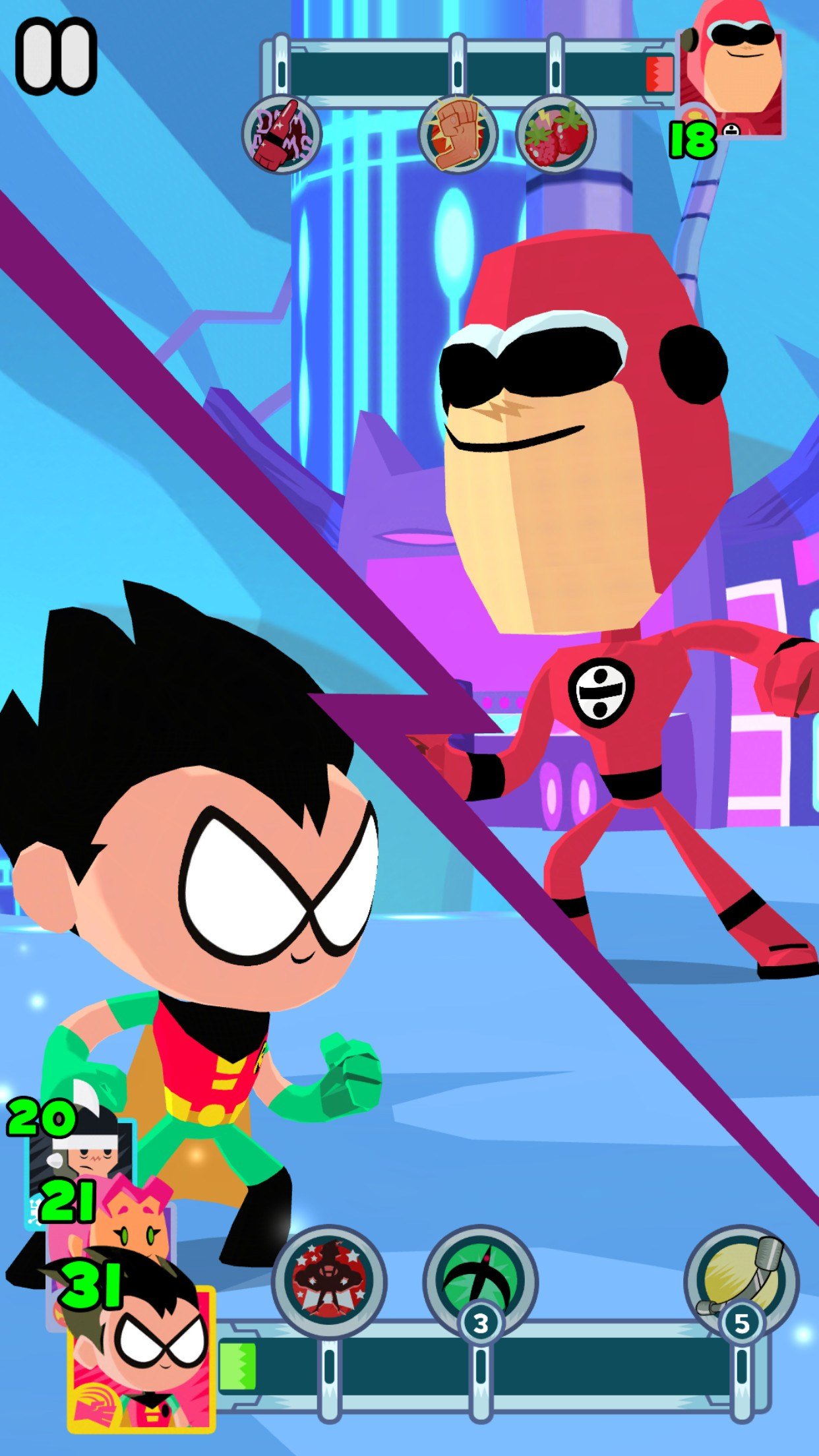 The game stars all of your favourite Teen Titans from the cartoon, but even if you’ve just got a passing interest in DC Comics, you’re going to know enough about the characters to raise more than the occasional smile.

A new craze is sweeping through the Titan’s home city, one that involves collecting and battling action figures of the heroes themselves. As Robin it’s up to you to collect all of the 70 figures and become the best battler in the world.

Everything in Teeny Titans is split into a series of quests. Some of these push the story along, others are optional. You earn gold by winning battles, and you can spend the cash on new characters to add to your roster. 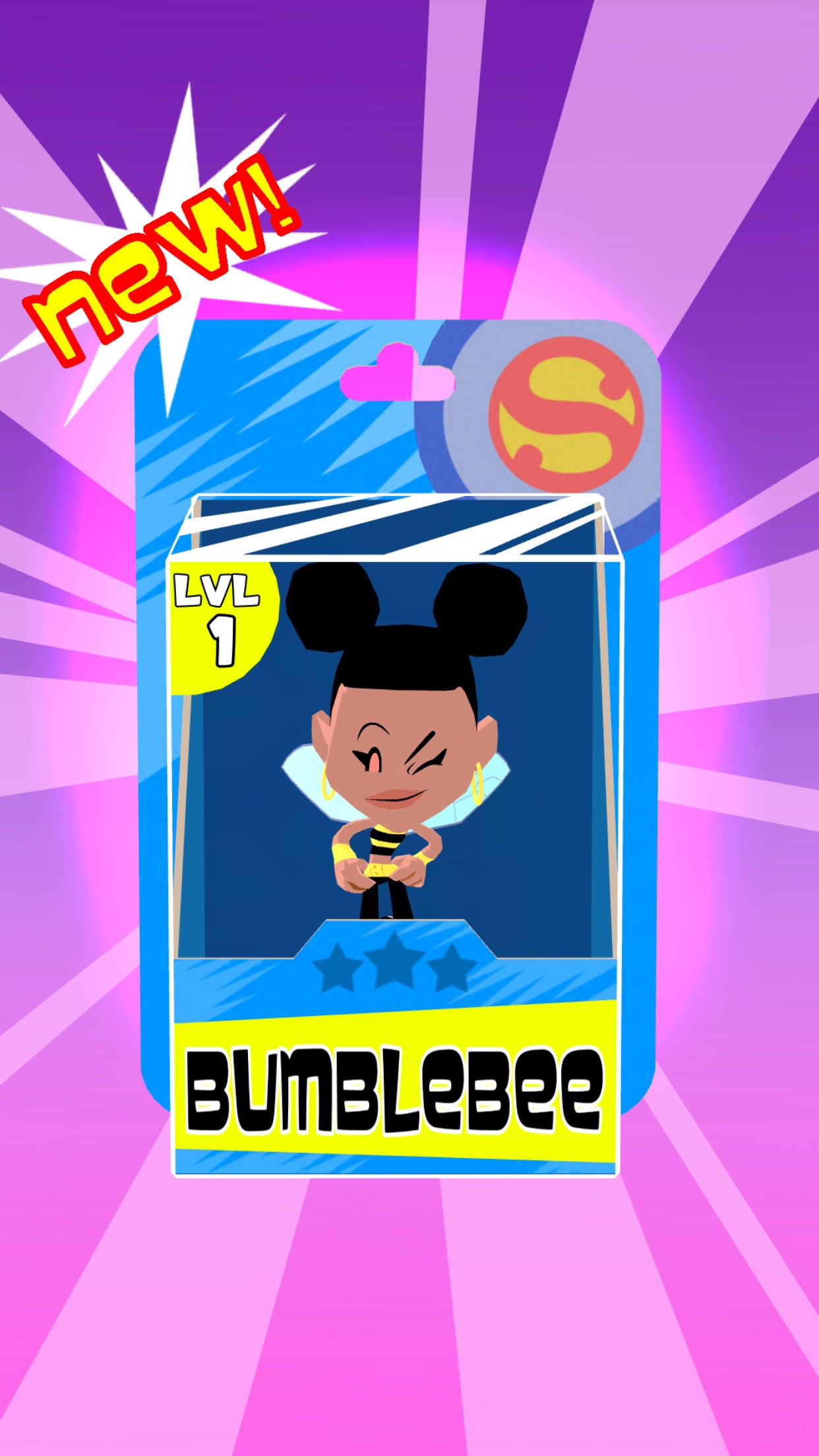 The battles see you taking three of your team into a clever mix of turn-based and real-time combat. Each of your characters has a set of attacks, and it takes a specific amount of time for them to charge up. A bar at the bottom of the screen shows you when they’re ready.

More powerful attacks take a full bar to unleash, but you need to balance that with being vulnerable while you wait for the chance to attack. You can see your opponent’s bar as well, and plan accordingly.

Different attacks have different effects, and sometimes whomping a foe will get you a special box that delivers a buff for your next attack. Your characters all have different roles to play, and there’s some excellent interplay between them. You can swap whenever you want, and some moves will stack and effect the other members of your team as well. 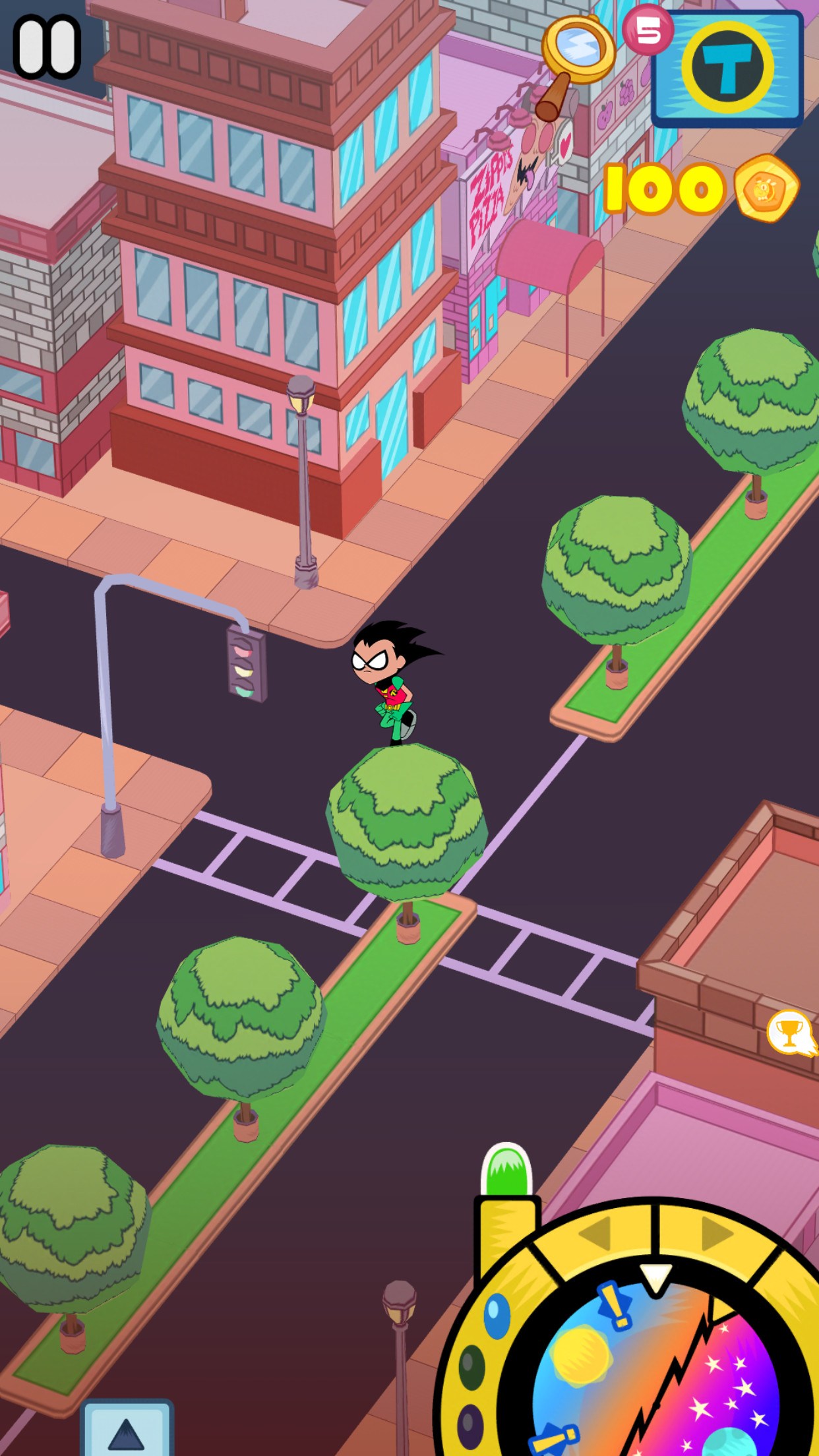 And the whole thing plays out wonderfully. The animation is excellent, the battles are tight and surprisingly strategic, and there’s a sense of progression at almost every turn. This is a balanced and intelligent RPG with enough swagger that it’s hard to dislike.

There are a few problems here and there, mainly involving navigating the world map. The controls are a little fiddly and it’s sometimes a bit too easy to end up in a dead-end. Unlocking warp points helps out, but it takes a while to do that. But these are small niggles compared to the fun you’ll have collecting and battling the vast number of figures here. There’s a depth to the game that’s belied by its cartoon styling. Upgrading your characters, learning the best combinations, and picking a solid back-up team are all key if you want to succeed.

Teeny Titans is a brilliant mash-up of RPG ideas, all gelled together by a top notch presentation and a clear passion for the source material. It’s about as vibrant and engaging as mobile games get, and you should definitely give it a go as soon as possible.