Surface: Game of Gods Review – Game within a Game 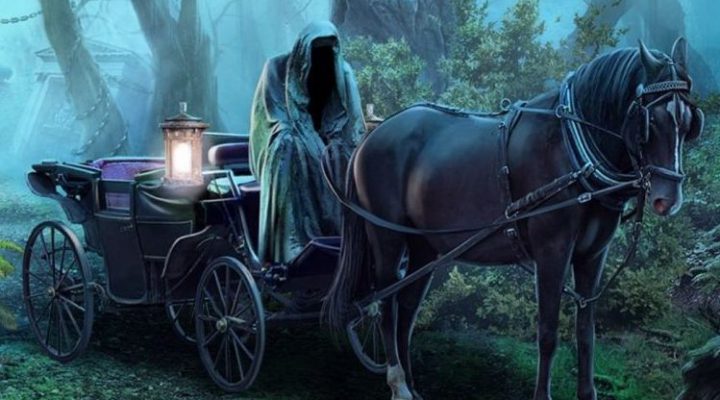 A grand setting with superb artwork and music.

Some of the mini-games feel a bit lacking.

We all love playing games, don’t we? Hidden object games, puzzle games, board games, you name it! But how about playing a game about a game? And how about that game-within-a-game is so dangerous that you and your best friends might not survive? The stakes are high and the risk is intense, but there really is no other choice. You have to play the Game of Gods, and you have to win. Good luck.

Surface: Game of Gods is a surprisingly self-aware hidden object game that plays with the concept of multiple magical worlds in a dark and surreal modern day setting. You play the part of Alice Russell, an innocent bystander who was drawn into this mess by her friends. She arrived at a mysterious location to find a creepy guy waiting for her in front of a board game. Her only choice was to sign the waiver and play, only this was no ordinary board game. As soon as Alice rolls the dice she opens a portal to another world. And since her friends are trapped within, she steps inside, as well. 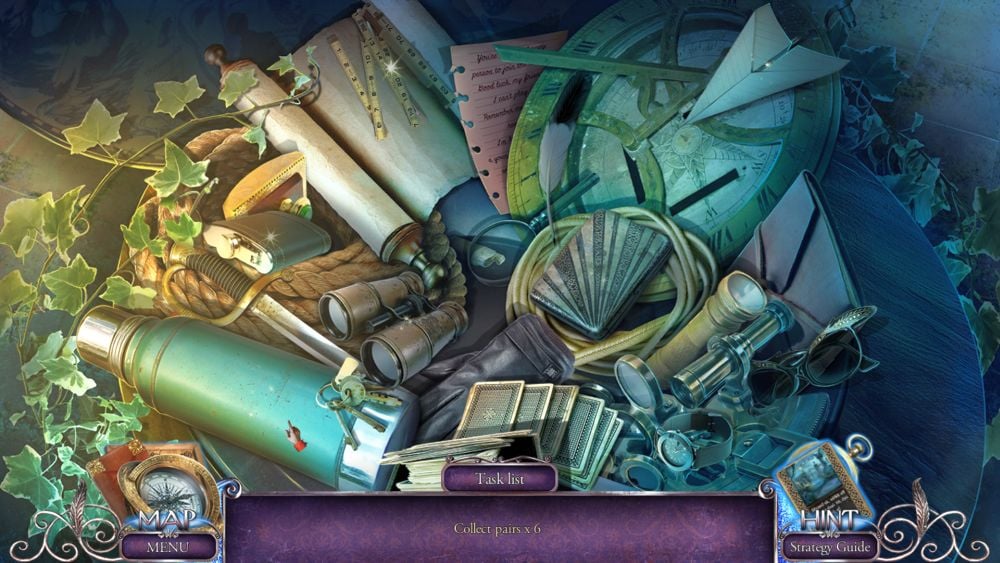 Surface: Game of Gods is a fairly linear game that keeps your avenues for exploration tightly controlled, especially during the first few chapters. You won’t have to worry about running across the entire map to pick up items that solve distant puzzles. Instead, each small section is dense with spots to zoom into and interact with. Grab the objects you need and figure out how to put them to work so you can progress deeper into this dark realm.

There’s a smooth blend of hidden object scenes and mini-games in Surface. Both pop up quite frequently and always deliver some fun diversions. In hidden object puzzles, for example, you might be matching pairs of items or work from a group of silhouettes instead of a text list. Moments later you’ll stumble upon a mini-game that challenges you to shift runes around a grid to match them with the right icons. It’s always easy to figure out what to do, but it’s not always easy to actually do it. Just the right balance of challenge and playability. 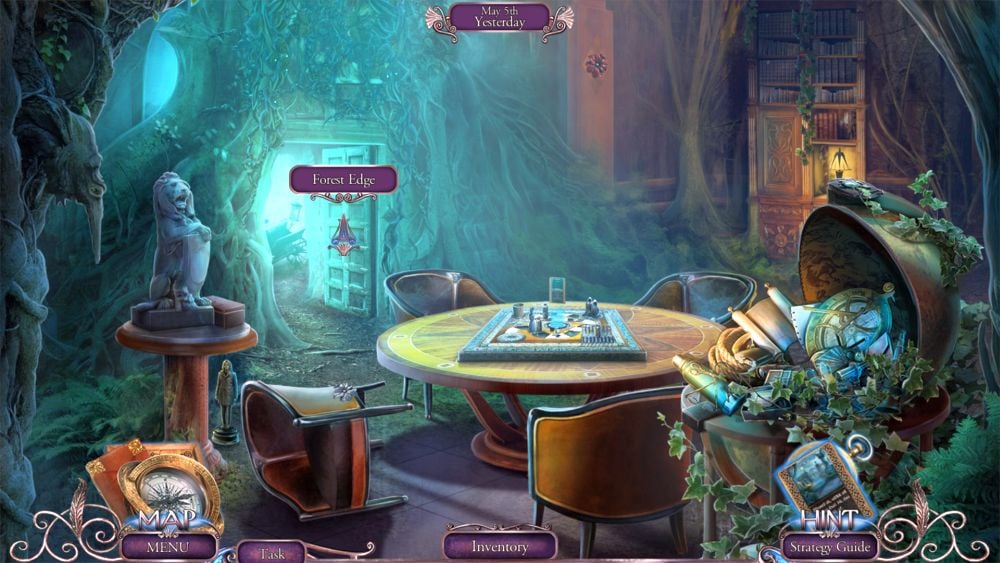 One of the best things about Surface: Game of Gods is its setting. This feels like an Advanced Dungeons and Dragons campaign squeezed into a hidden object world. You’ve got wizards and amulets, swords and puzzles, and the constant threat of death imposed upon you by some outside entity. The scale feels epic and is helped along by amazing artwork and music, creating the sort of experience that draws you in slowly but doesn’t let go until you cross the finish line.