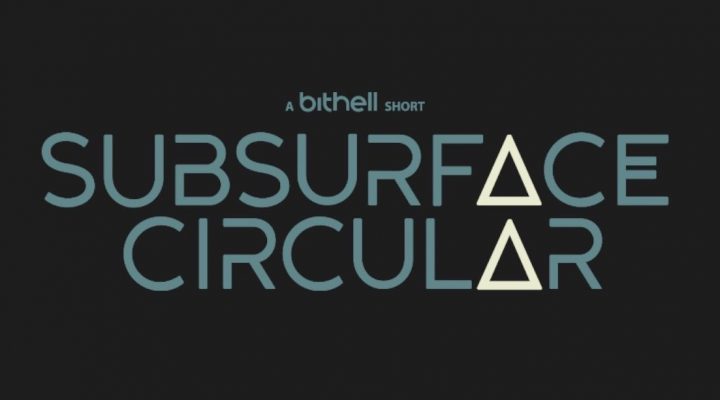 Impossible to put down. Complex and engaging storyline without too high a difficulty level.

Rich graphics that help you embody the tek.

Can be completed in an afternoon - this isn't a lifetime investment.

Only available for iPad and really only runs properly on latest-gen devices.

Some are likely to be frustrated by the abundant rabbit holes that can be fallen down.

The word ‘stunning’ isn’t often used to describe text-based mystery-adventure games, but it’s hard to find a more accurate descriptor for Subsurface Circular, the latest outing from beloved indie studio Bithell Games. From the storytelling to the score, this is one of the most beautifully engrossing games in recent years, and despite being originally designed for PC, it just might be one of the best mobile games of 2017.

Unfortunately, it is also one of the most exclusive. On mobile Subsurface Circular is currently only available for iPad. More specifically still, it requires iOS 11 to run. Once you’ve seen the game in action, it’s easy to understand why the game needs every resource available (though it runs on a new-gen iPad, it’s even smoother on the iPad Pro). It therefore isn’t the kind of game you’re likely to talk about around the water cooler, but there’s something wonderful about this almost secrecy.

Without giving too much away, Subsurface Circular dabbles in the post-human. Robots, known as ‘teks’ are as common as humans, and move around cities autonomously via a dedicated subway system. It is on this subway system that the game is entirely set. In the game you embody a detective tek, a robot capable of human-like cognitive analysis. 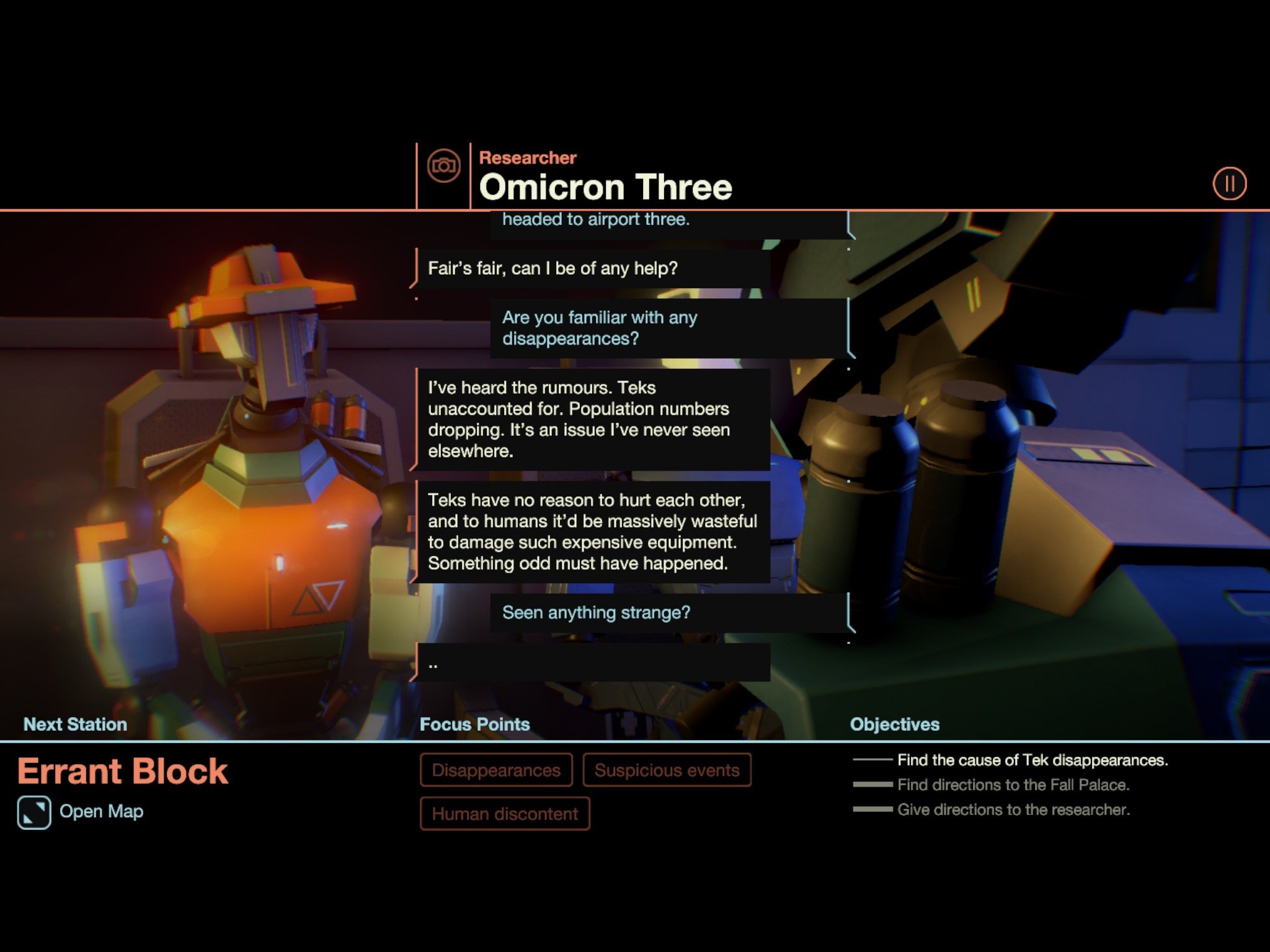 Although, like all detective teks, you work for the human-run management, while travelling around on this tek-only subway system you learn that there have been a number of mysterious tek disappearances and are unable to resist taking on the case even if it means agitating your human masters.

Your task is to solve the case by prising relevant information out of the rotating cast of teks that sit around you (you are stationary) through ostensibly casual conversation and helping them meet their own individual needs and goals. This quite frequently involves solving little puzzles and riddles, as well as remembering all of the information that previous teks have given to you. All of this, like much of life in 2017, occurs over text. 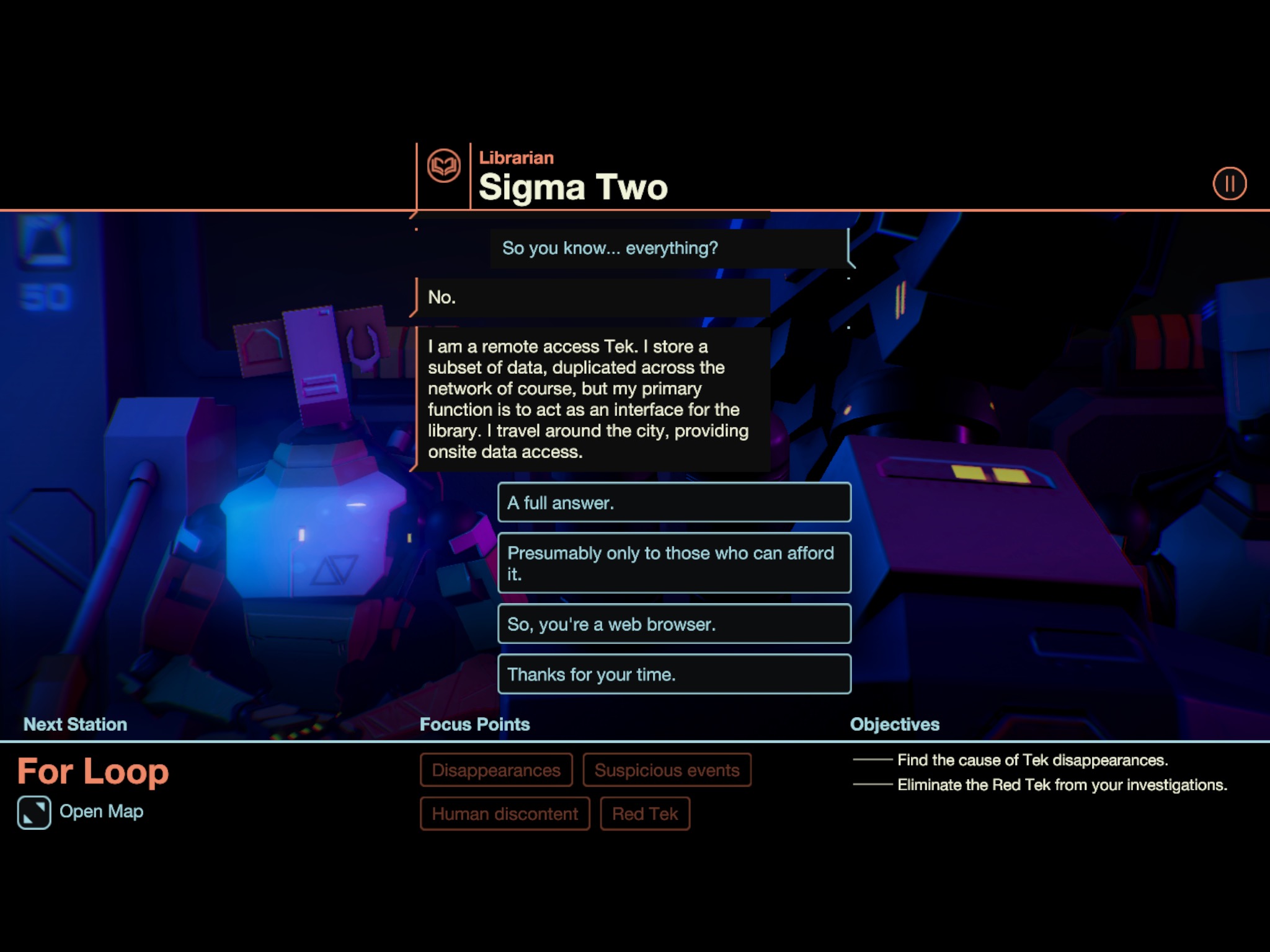 The more you engage with these teks and their problems, the more lines of inquiry open themselves up for you to pursue, the challenge being choosing carefully to get the best information available. Designed to be played in (more or less) a single sitting, most players have reported the game taking 2-3 hours to complete, though for those less conversationally adept, it could take longer if you end up down a lot of rabbit holes (to be expected, especially in the beginning).

As great as the story is on its own, the graphics of the game are instrumental in creating the immersive experience that will lock you into the game and encourage completion even when the mystery is at its trickiest. Kicking things up a notch from Bithell’s earlier Volume, the colouring of the subway and the teks creates a depth of field enhanced by the game’s crisp realism. 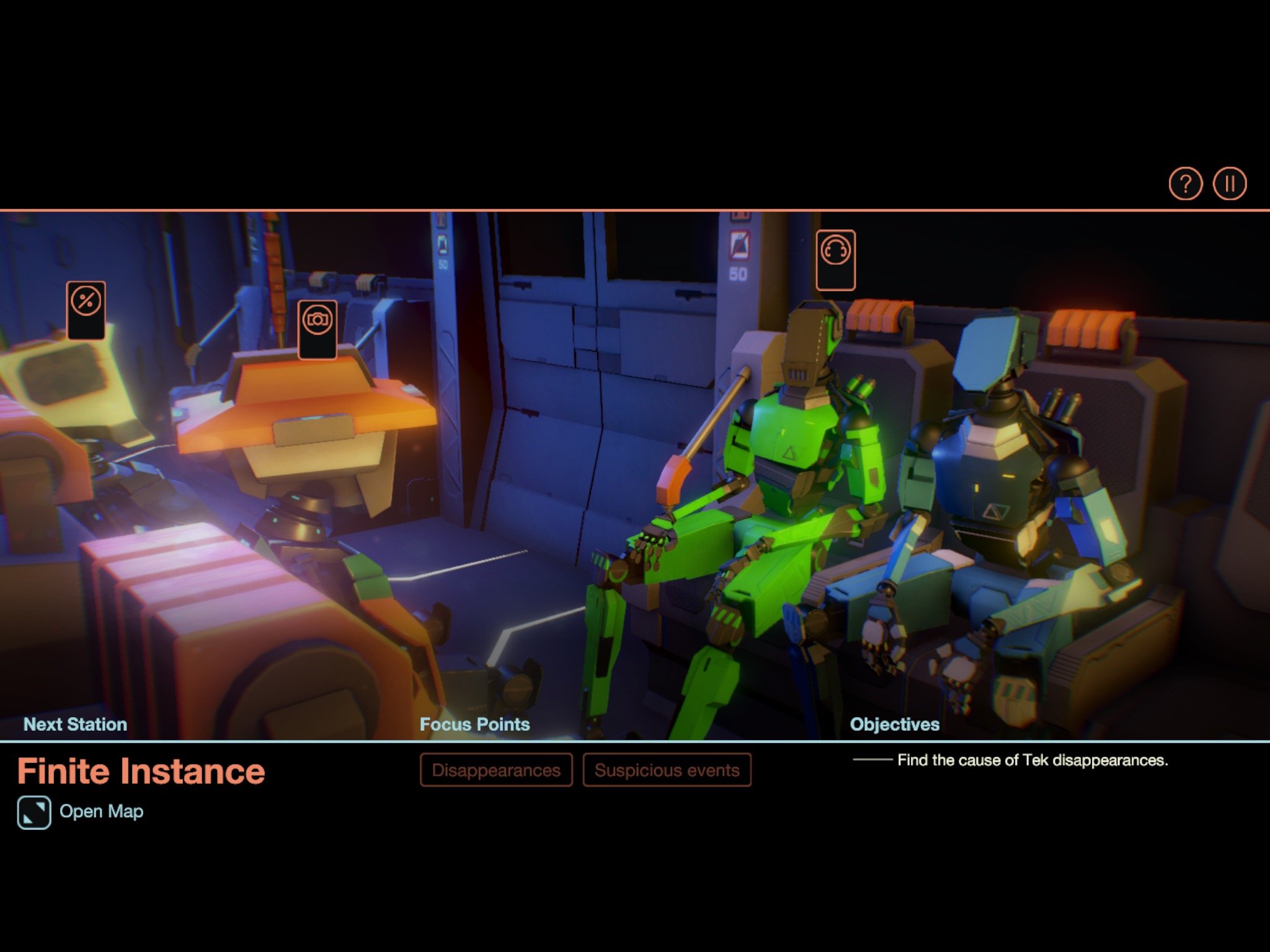 Playing Subsurface Circular with headphones (over-ear if possible) offers the best possible experience. The subtleties of the soundtrack work to simultaneously get you in the right headspace and help you focus on the serious matter at hand, blocking out the distractions of the outside world. The relationship between score and story is one of the game’s most impressive aspects and makes it abundently clear that Bithell (really Mike Bithell) though of everything when putting this game together.

Subsurface Circular is a premium game, priced at $4.99USD on the App Store. Though the developers kept the game’s length in mind when pricing, it’s still easy to argue that the game is quite a steal. Less than half the cost of a movie ticket while providing at least as much entertainment, it’ll be one of the best fivers you’ll spend all year.