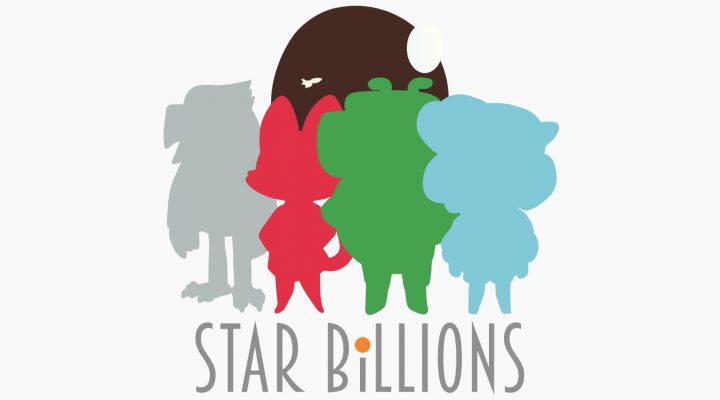 Likable, endearing characters that you really come to know and understand as the series progresses.

Tons of extra details, backstory, and secrets to uncover through the in-game "mission computer" database.

Three fun mini-games that let you speed up the between-event idle time and a new game plus mode that significantly shortens all timers.

Star Billions: A Sci-Fi Adventure is an engrossing, moving, playful experience that spans three complete episodes and multiple galaxies. While it plays out as a work of interactive fiction in the sometimes-idle vein of series like Lifeline, Star Billions’ characters, events, and emotional impact—both humorous and heartwarming—will remain with you long after the story is finished and shelved, however temporarily. With the many different choices you can make at each turn in the saga, this is a tale you can return to as often as you like, whether to play out new paths or simply to revisit the dear friends you’ve made in its four endearing, enduring heroes.

The game initially presents itself as a standard phone OS, complete with a photo album populated with pictures of your dog and some cake. You’ve recently installed an app called StarGazer which you intend to use to hack a satellite and go star-watching while hiking in the mountains. Instead of becoming your own personal sky telescope, however, the app patches you through to a distant spaceship known as the Little Brother. 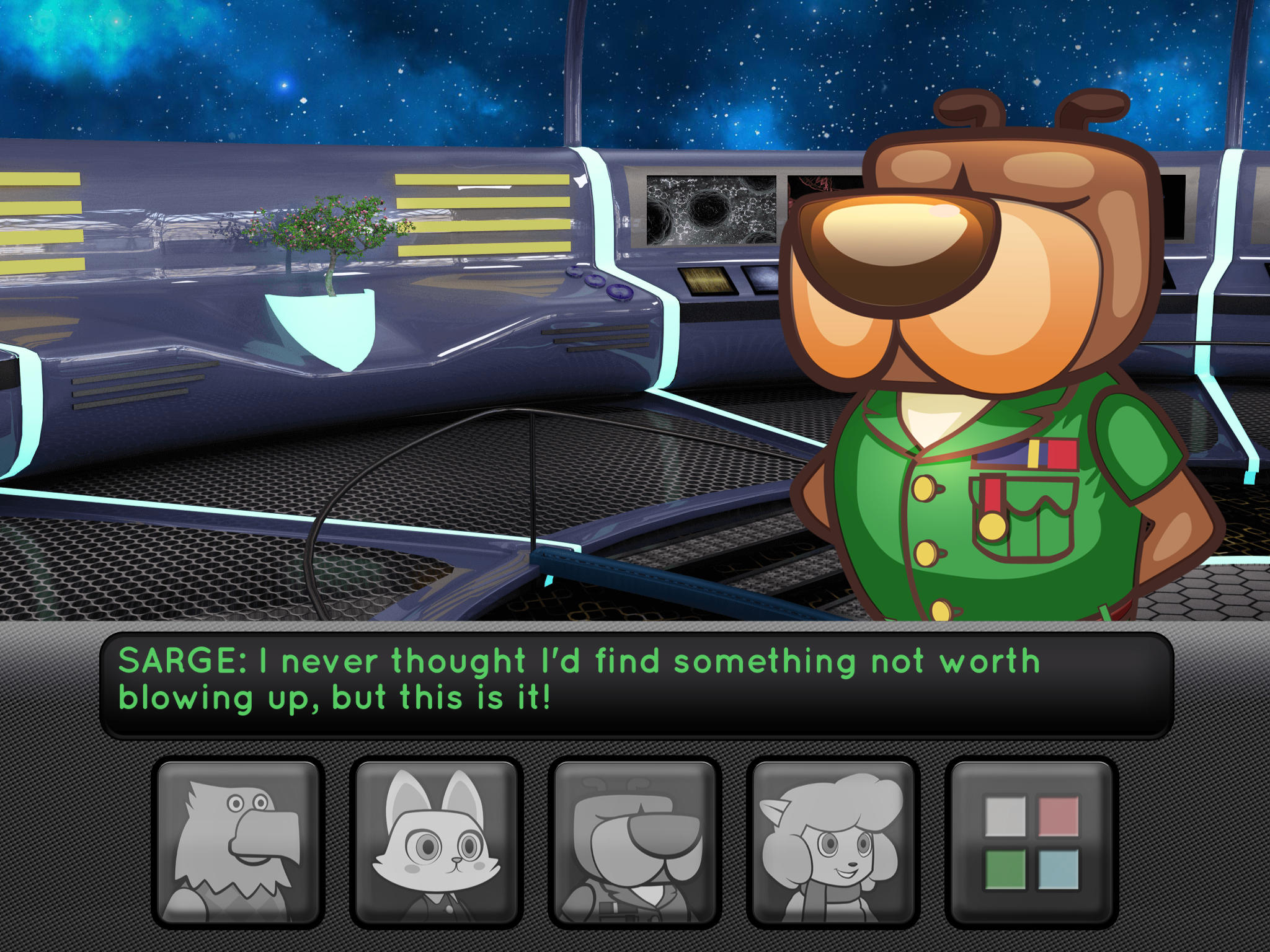 The four AIs piloting the otherwise unmanned Little Brother—EIN, ROSIE, SARGE, and LACIE—explain that they’ve just exited a wormhole and have lost their memories as well as their location. They’ve reached out for help and you responded, making you their best chance at finding their way home, wherever that may be. The AIs ask that you help them make tough decisions if the need arises, simply by choosing which AI’s plan to enact by tapping on their icon. With that, they sign off, leaving you to some old “ExquisiVision” games to pass the time until they get back in touch. These games—“Astro Whiz,” “Yes, Chef!”, and “Soda Blast”—are asteroid-shooting, food-catching, and wall-of-cans-blasting mini-games, respectively, which reduce the time you have to wait between events. While waiting for the next transmission, the remaining time will be visible—anywhere between fifteen minutes and eight hours—and earning points in these mini-games continuously takes seconds and minutes off the clock. It’s a great feature for players who don’t enjoy the black hole of downtime in this type of game, presenting you with a concrete period until you’ll get another story point and a method of literally making the time go faster.

Once that first span of waiting time is up, an incoming transmission shows the AIs frantic as their ship blindly approaches an asteroid field. Each AI suggests a course of action: logical and calculated EIN claims he can plot an escape route before they hit; the ship’s engineer and protector ROSIE needs just a little more time to repair the NAVCOM system; the security and military expert SARGE wants to blow up the asteroids; diplomatic and peaceful LACIE thinks she can navigate around the field without destroying anything. You choose which AI to agree with and then the group carries out their decision. 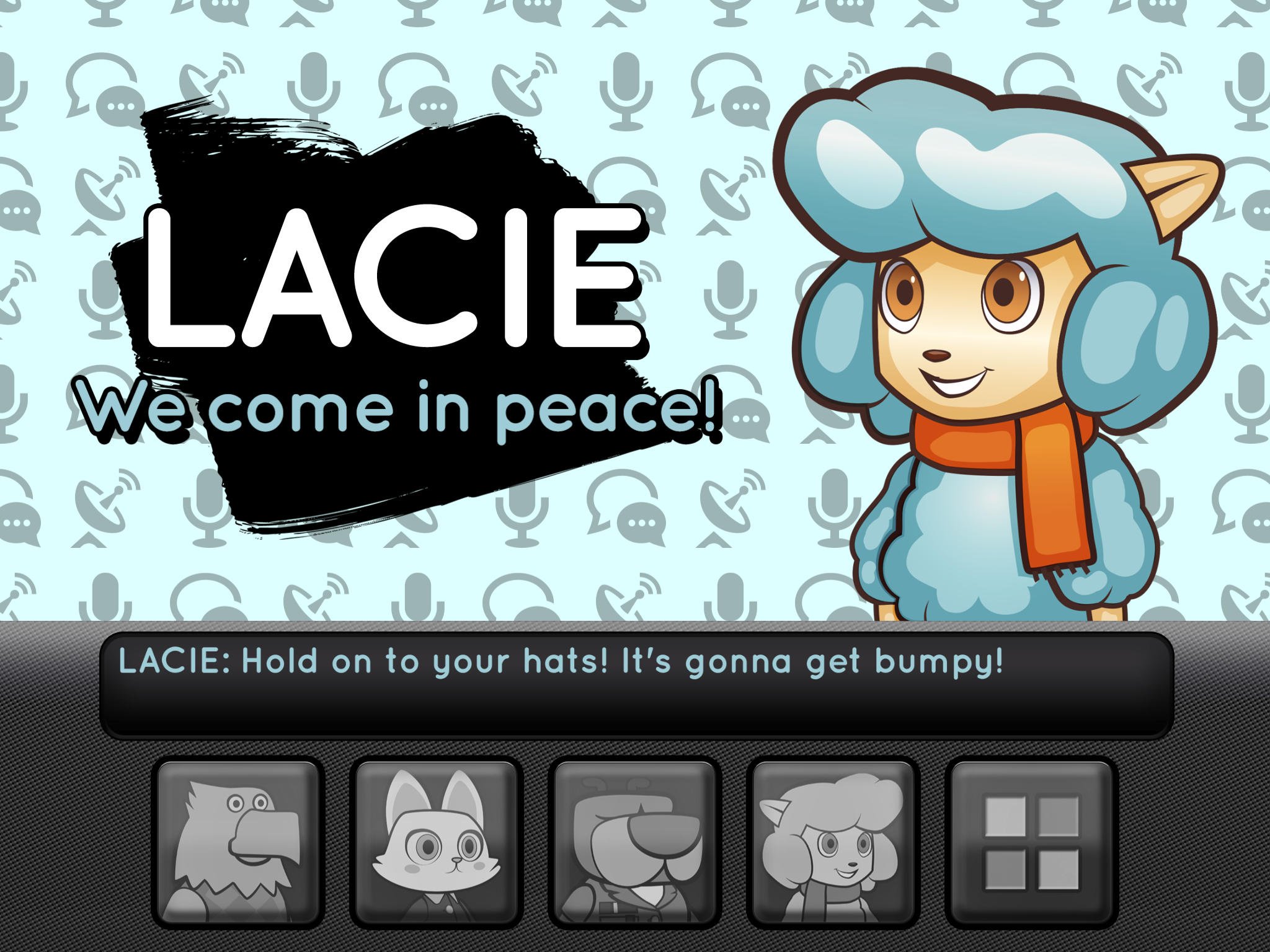 While there are minor differences between each option’s result, Star Billions as a whole is always progressing towards specific plot points. Unlike the branching, endpoint outcomes of other interactive fiction, the story here is mostly a single, curved path that zigzags through different choices but ultimately reaches the same larger destinations. There are some detours that you will only witness via specific choices–we were treated to an entire post-game cutscene for making a single different decision in Season 2–but that is not the rule for every event. In our current scenario, if LACIE dodges the asteroids, you’ll see a conversation where SARGE praises her as a savant and EIN unintentionally humorously notes that all the AIs are stored in the same system. If ROSIE repairs NAVCOM, you’ll see slightly less damage to the hull on the ship’s status screen. Both (or all four) decisions still lead to the same next major plot event, and so on, and there is no “wrong” decision that will end the game.

Although this may sound like it reduces player impact, it never really feels that way in execution. Star Billions is telling the story of EIN, ROSIE, SARGE, and LACIE more than it’s telling your story, but those characters still constantly mention you (as the purveyor of “the Device”) and your importance to the direction their journey takes. As you learn early in Season One, the AIs and the Little Brother are tasked with finding a new home for the four million humans that fled a depleted Earth and are now cryogenically frozen aboard their own ark, the Big Brother. The Little Brother crew must find a planet suitable for human life and also track down their lost-in-space sister ship. All of your decisions feel major thanks to the importance placed on this overarching mission and because the crew generally turns to you in their most critical times of need: just before they hit an asteroid, when threatened by a much stronger enemy, when faced with the option to save or kill an entire alien species. And some of those options—like the destruction or preservation of an entire species–feel drastically different even if the Little Brother’s ultimate objective is not radically affected by them. After that event, the crew continues on to their next destination regardless of the outcome, but their emotional response—and your own—tints the rest of the story. 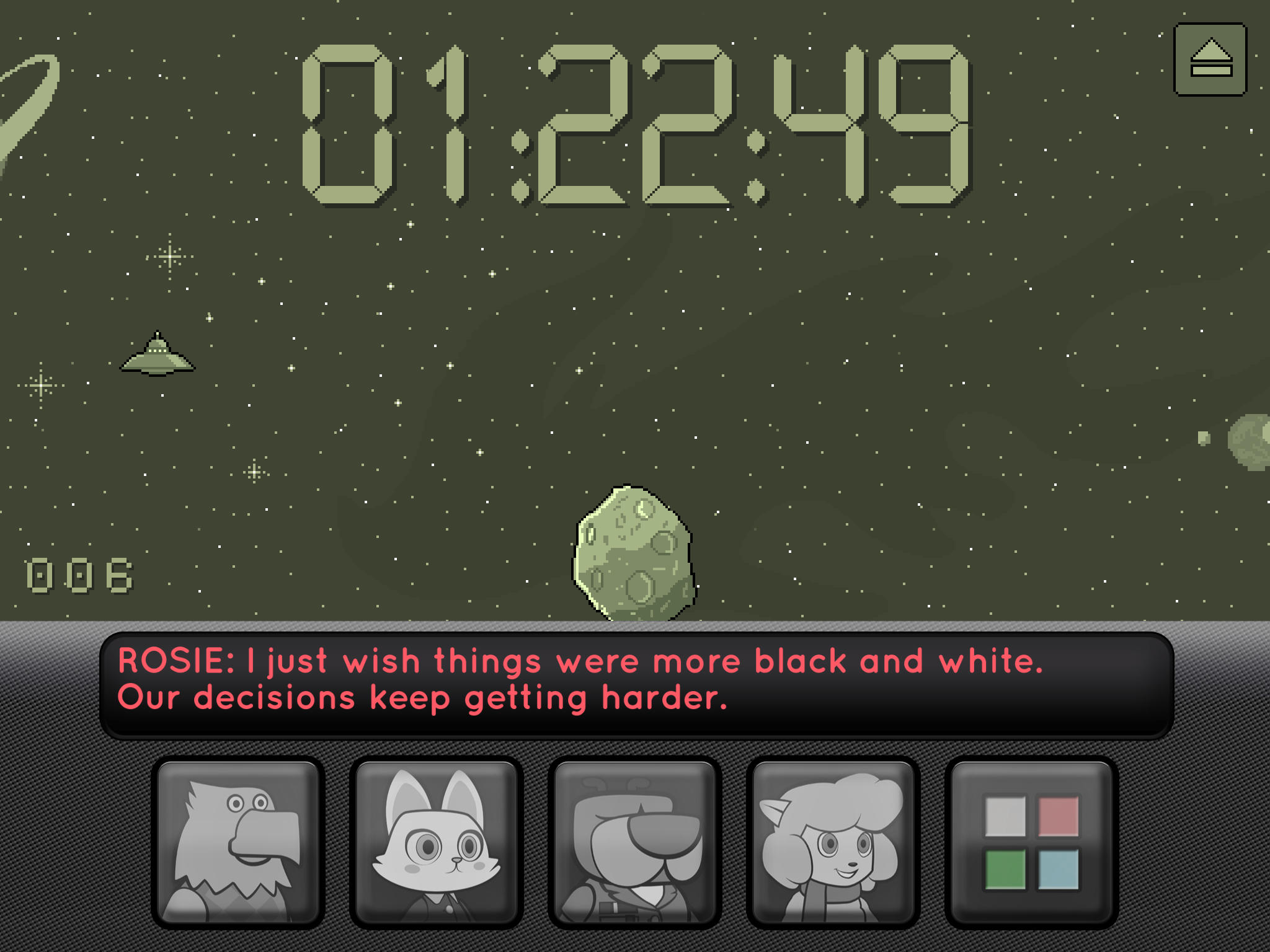 Of course, since that story is so much about the Little Brother crew, and you’re interacting with them almost exclusively—save a handful of guest characters that have recurring roles over the series—you’ll need to enjoy the time spent with them. Thankfully, this should not be an issue: EIN, ROSIE, SARGE, and LACIE are extremely likable from first contact. There’s certainly an advantage in being able to see the crew: their expressive faces react to surprising news with wide eyes; SARGE’s ears straighten when shocked; LACIE smiles slightly even when pondering something difficult. Each crew member, and every character they meet, speaks with a cadence to their typing that only they possess. It’s almost like a subdued Animal Crossing voice effect, without actual gibberish being used. SARGE’s “voice” has a distinct gruffness to it while EIN’s feels like bloopy robotic inputs. LACIE’s is soft and whispery while ROSIE’s is matter-of-fact and confident.

But they also each have distinct personalities that influence the type of plans they usually suggest. When initially playing, we found ourselves siding with LACIE the most, opting for her open-armed, talk-first approach. Upon subsequent playthroughs, however, we chose ROSIE more often, understanding her devotion to keeping the Little Brother and the other AIs safe at all costs, trying to ensure they can complete their mission. The AIs themselves evolve over the course of the series’ three seasons as well, moving beyond their designated “programmed” personas to more multi-faceted, complex characters that are shaped by the challenges they have faced. 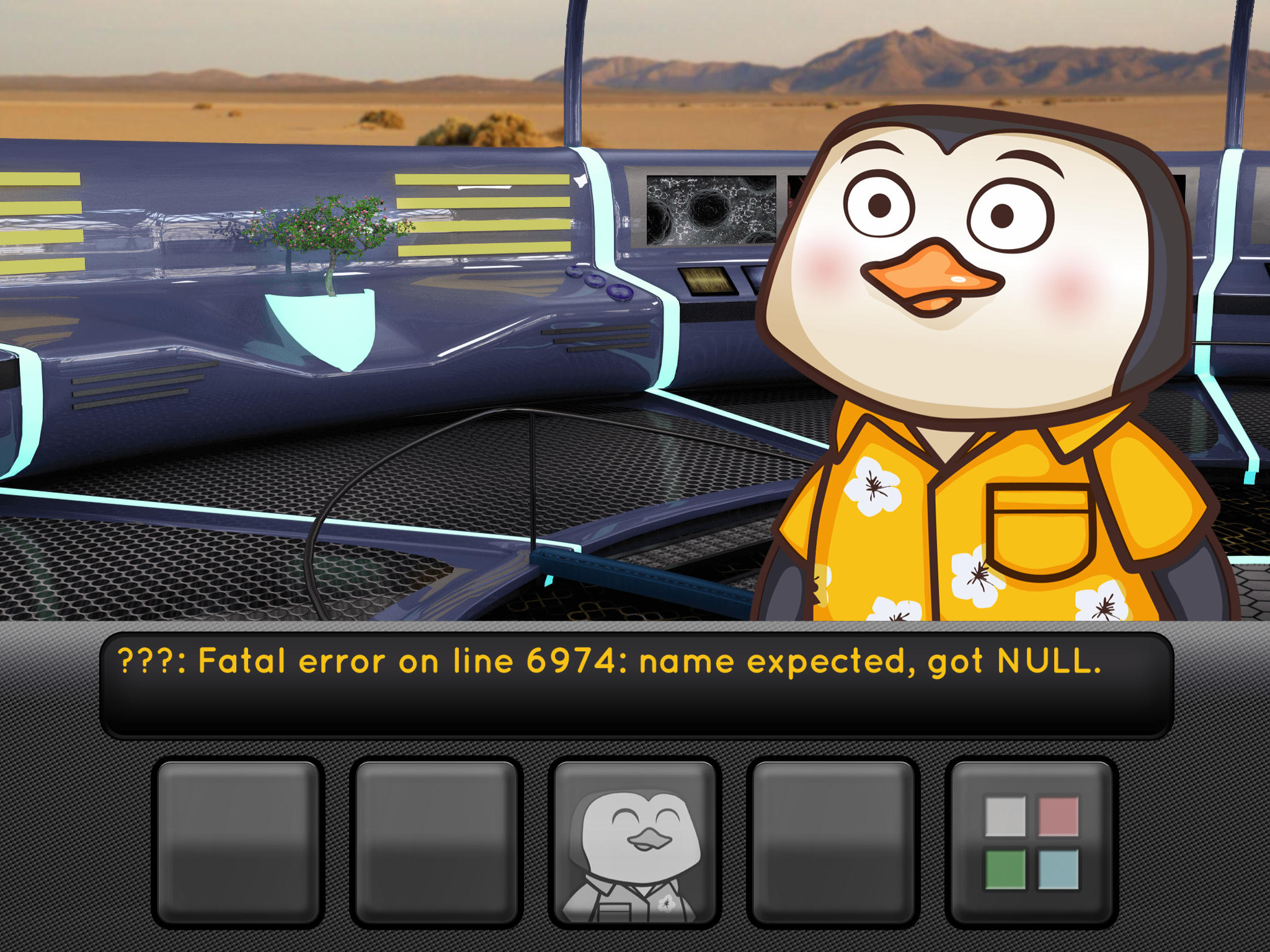 If all this talk about personal growth, traumatic choices, and species-saving stakes sounds too heavy, let us reassure you: Star Billions is funny. Despite the dramatic scope of the plot and the often difficult decisions you and the crew have to make, there are very few moments not bookended by levity. From the used planet salesman Ka’King to the adorably deferential Ebu-Ishi to the microscopic “intergalactic” explorer Nano, the series is filled with colorful characters alongside the crew that keep things lighthearted, whether intentionally or not. Our absolute favorite is NULL, the seemingly-broken AI that speaks in confusing, yet sometimes profound, riddles. One minute he might respond to a threat with “The devil can cite scripture for his purpose,” while the next he exclaims “Landmark! Set high heels to stunning!” The rest of the AIs have plenty of hilarious and quotable moments, whether it’s SARGE’s exaggerated “war stories” or EIN’s attempt at poetry, but NULL will always have the largest home in our heart.

But really, we love the entirety of Star Billions, including the moments with NULL and without. The story is a true space opera with high stakes, surprising twists, deadly confrontations, and galaxy-wide impact. The series keeps up its thrilling and engrossing pace from the first moment to the last, changing up the format just enough in Season Three to keep things fresh without feeling forced. All of the characters—even the “bad guys”—are endearing, their interactions with each other entertaining, and their growth throughout the series engaging. Even the occasional moments of feeling like a decision didn’t matter are understandable due to their use in pursuit of the larger, save-humanity story that is being told. With that story now finished we can’t help but feel wistful that it’s over. But we’re also thrilled that we get to relive the trilogy in full, making different choices, experiencing other dialogue and endings for the first time, receiving notifications from NULL like “Are you leafy? I could use your kelp!” The Star Billions mission may be over, but our journey has just begun.