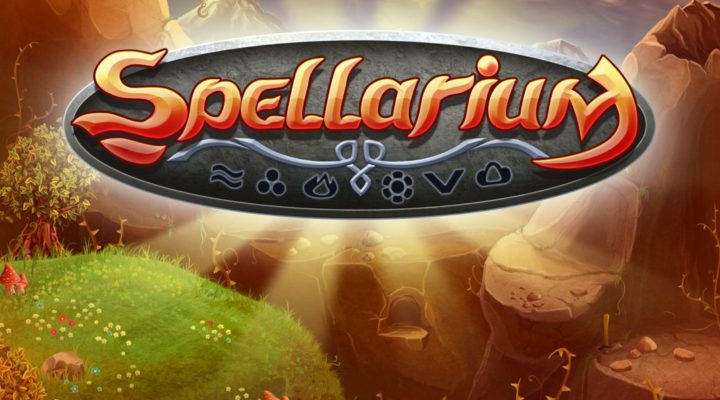 Fast and exciting swapping that doesn't rely on reflexes.

Excellent variety and frequency of power-ups.

Clever use of obstacles and elemental effects.

Some of the mini-game diversions feel unnecessary.

There’s a natural evolution a lot of casual game genres go through as more developers tinker with the basic formula. A new power-up here, an added gameplay feature there, it adds up over time to transform ordinary puzzle or strategy games into the modern titles we see today. Spellarium represents something of an apex of this process in the match-3 genre. It’s not just any old puzzle game; it’s the result of countless experiments and successes rolled into one amazing, cohesive experience.

At its foundation Spellarium is a tile-swapping puzzle game. The board is filled with colored icons, you have to click and switch them around to make matches of three or more. You know the drill. But that core gameplay feature is expanded upon almost as soon as you begin. Instead of an open grid you’ve got obstacles all over the place. Instead of just one kind of obstacle, you’ve got several. Instead of one method to get rid of those obstacles, you’ve got handfuls. It sounds like it should get complex and frustrating, but it doesn’t. Spellarium whisks all of these elements together into a simple package that’s extraordinarily easy to understand. 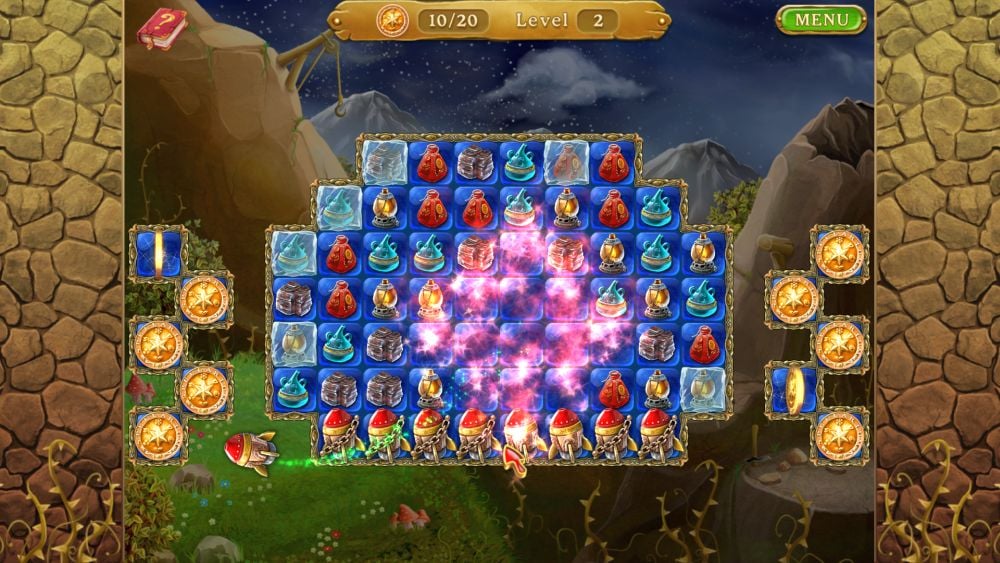 The best way to look at Spellarium is by example. Each level has a set number of shapes that fall whenever you clear a gap. Match four shapes and you get a hunk of dynamite, allowing you to blow up nearby pieces as well as clear out ice chunks, clouds, clods of dirt, or even seemingly immovable barriers. Match five shapes and you get a rocket, offering similar powers as the dynamite but with the added bonus of jetting off to collect a coin. What happens if you match six shapes at once? Or what if there’s a key on the screen? Or a ladybug? Spellarium constantly throws new things in your path to keep the stages fresh and original, but it uses familiar and logical methods to deal with those new twists.

Outside of its everything-goes-in design concept, Spellarium plays like a fast paced match-3 game. Swap things quickly to clear portions of the screen, don’t sit and think about your next move. Keep the pieces moving as you work towards collecting those coins. Even though your cursor’s always on the move, Spellarium doesn’t make speed a requirement for winning. The challenge lies in catching smart matches when they arise so you can clear out blockages as fast as possible. 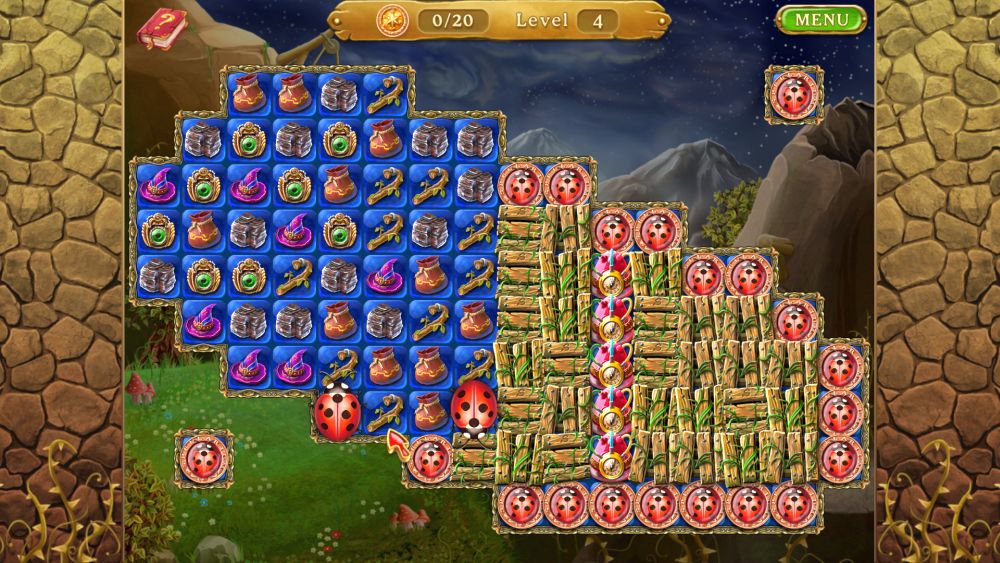 Further expanding its offerings, Spellarium doles out a few miscellaneous diversions between sets of levels, such as spot the difference puzzles. There’s a story to follow, too, but honestly you’ll be too entertained with the speedy swapping to worry about pleasing the elemental gods or whatever. Spellarium is a whole lot of game, and it pulls exactly the right kind of features from the titles that came before it to create an amazingly addictive and satisfying swapping experience.

Witches’ Legacy: The Ties that Bind Review – Toil and Trouble