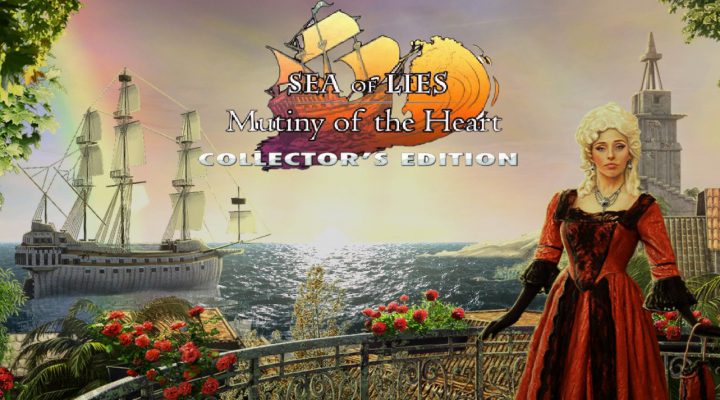 Loads of hidden object scenes and mini-games to complete.

Adventure sections aren't as interesting as the rest of the game.

A pirate is being hanged for his crimes against the country. But before he steps to the gallows, he issues a challenge to the onlookers. No one can ever find my buried treasure, he claims. As proof of his confidence, he throws out an amulet to serve as a clue. A boy grabs the necklace and runs through the city, never to be seen again. Until he knocks on your door a few moments later and hands the amulet over. Guess it’s time to go on a treasure hunt!

Sea of Lies: Mutiny of the Heart is an epic tale of treachery and piracy, barons and duchesses, and secrets and lies. As you explore the 19th century scenery, you’ll come across your fair share of weeping damsels and shady characters, all of whom seem suspicious in one way or another. Move through the world picking up every item that looks even remotely strange. The adventure portion of Sea of Lies plays like a hidden object game, meaning you’ll have to find multiple copies of many items before they’re of use to you. Keep your eyes peeled, there’s always space in that inventory of yours. 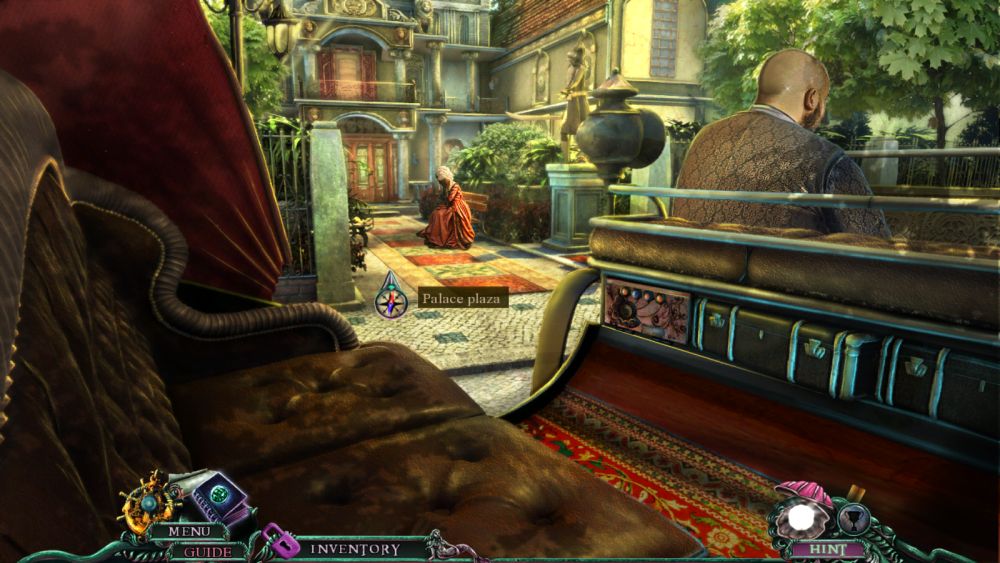 Hidden object scenes are one of the highlights of the Sea of Lies experience. Every few screens you’ll get to go on an item quest, sorting through crowded areas to fulfill your laundry list as quickly as you can. Certain items are highlighted in red, meaning they must be assembled to be collected. Others are green, denoting a sub-puzzle must be completed within the hidden object scene before you can gather that item.

If you’re not in the mood for a hidden object scene, you can always toggle over and complete a match-3 puzzle instead. You’ll have the same list of items when you enter tile swapping mode, but to collect them all you have to do is match the highlighted pieces. Don’t expect a full-on puzzle game embedded within Sea of Lies, however. Just some simple swapping that can be completed faster than a pixel hunt in HOG land. 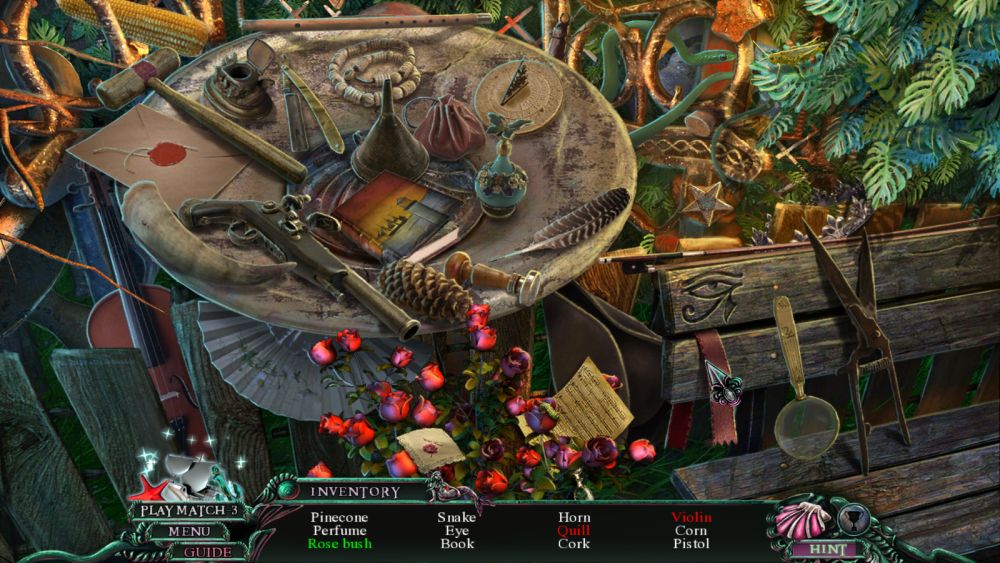 Production values are top notch in Mutiny of the Heart, as one would expect from the experts at Eipix. The orchestral music is phenomenal, setting a mysterious yet somehow playful mood. Scenes are laid out with a cinematographer’s eye, placing the camera in dynamic positions that bucks the trend of flat, head-on views found in most casual adventure games.

There’s very little not to like about Sea of Lies. It’s heavy on the mini-games and hidden object scenes, but it’s also heavy on the drama and intrigue. Bring your eyeglasses and your fastest clicking fingers, you’ll need them to find the multitude of items in this hunt-fest of an adventure!

Hand of God Review: Not so Handy