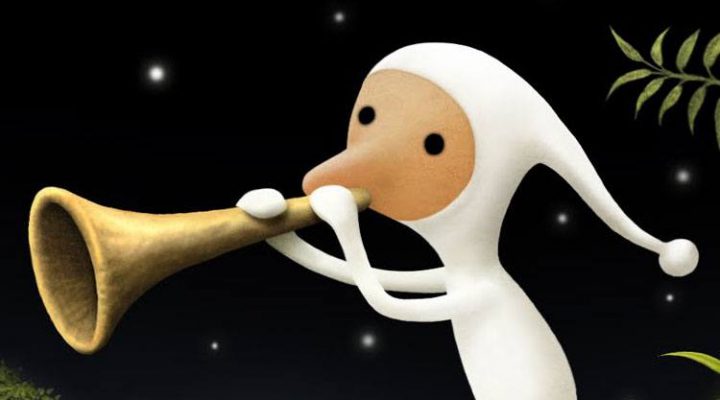 Puzzles are fairly self contained

Exploring the different worlds is a joy

Some puzzles are a bit too nonsensical

Can be difficult to differentiate between puzzle elements and set dressing

Even back when they were “just” short Flash games, I always found myself drawn to the Samorost series. The combination of surreal beauty and oddball puzzles struck a major chord, but I was always a bit disappointed when the games would be over after a few short minutes. That’s definitely not a problem in Samorost 3.

Amanita Design are no strangers to fully realized point-and-click adventures. Both Machinarium and Botanicula are great examples of the genre in their own right – and I have a particular fondness for the former. So yes, it’s great to see the series that sort of kicked things off for them (or at least helped to get their work noticed) finally receive a full-blown release. 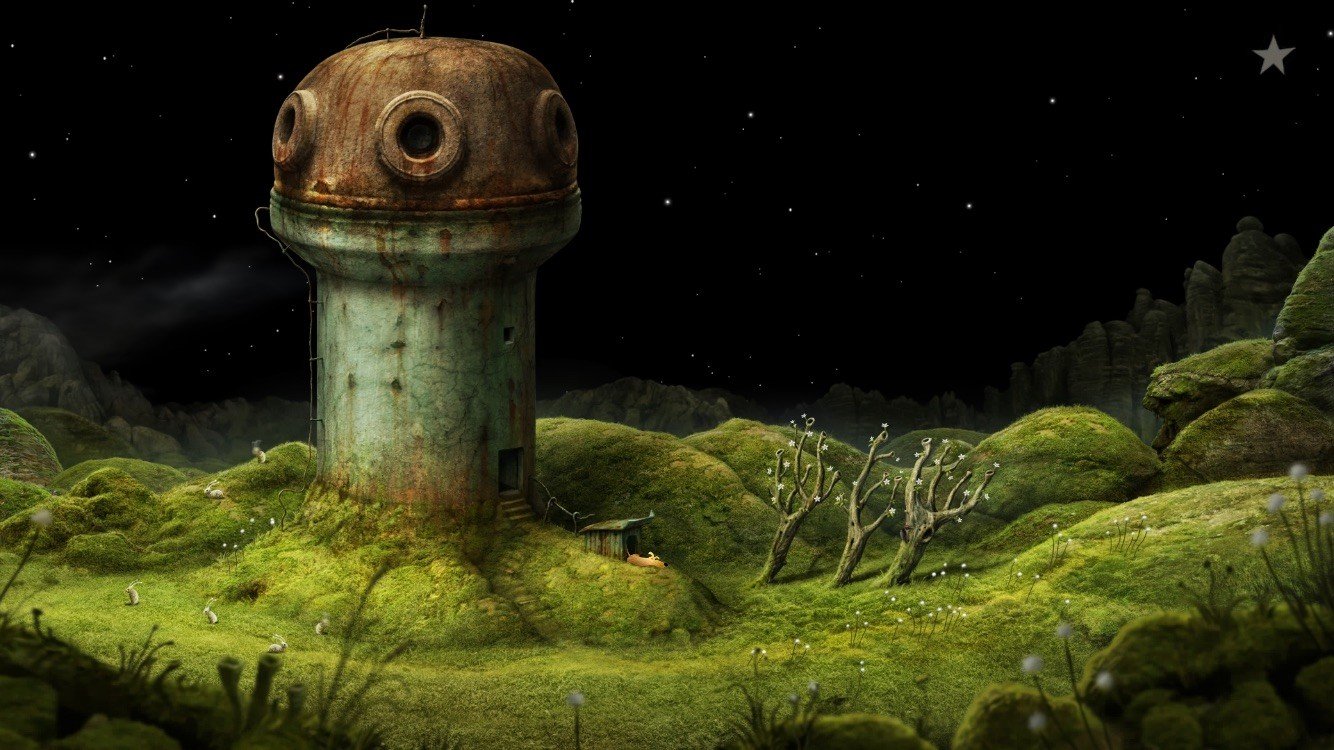 It’s sort of a follow-up to the first two games, although it’s not necessary to have played them in order to enjoy this latest installment. The basic gist is that a space gnome finds a mysterious horn/flute thing one day, then decides to go exploring the various other worlds around him in an attempt to figure out where it came from. It’s a simple setup, but it’s as good an excuse as any to wander around some incredibly bizarre and gorgeous environments.

As with pretty much every other adventure game they’ve made, all of the puzzles are more or less self-contained. They aren’t all limited to a single room as they were in previous big releases, but for the most part you’ll be able to solve all of the puzzles on a given world by solely using elements from that world. There’s no dragging tons of items all over the place, and most items are removed from your inventory once they’re used. It eliminates the tired old “try everything with everything” approach most adventure games tend to fall back on. 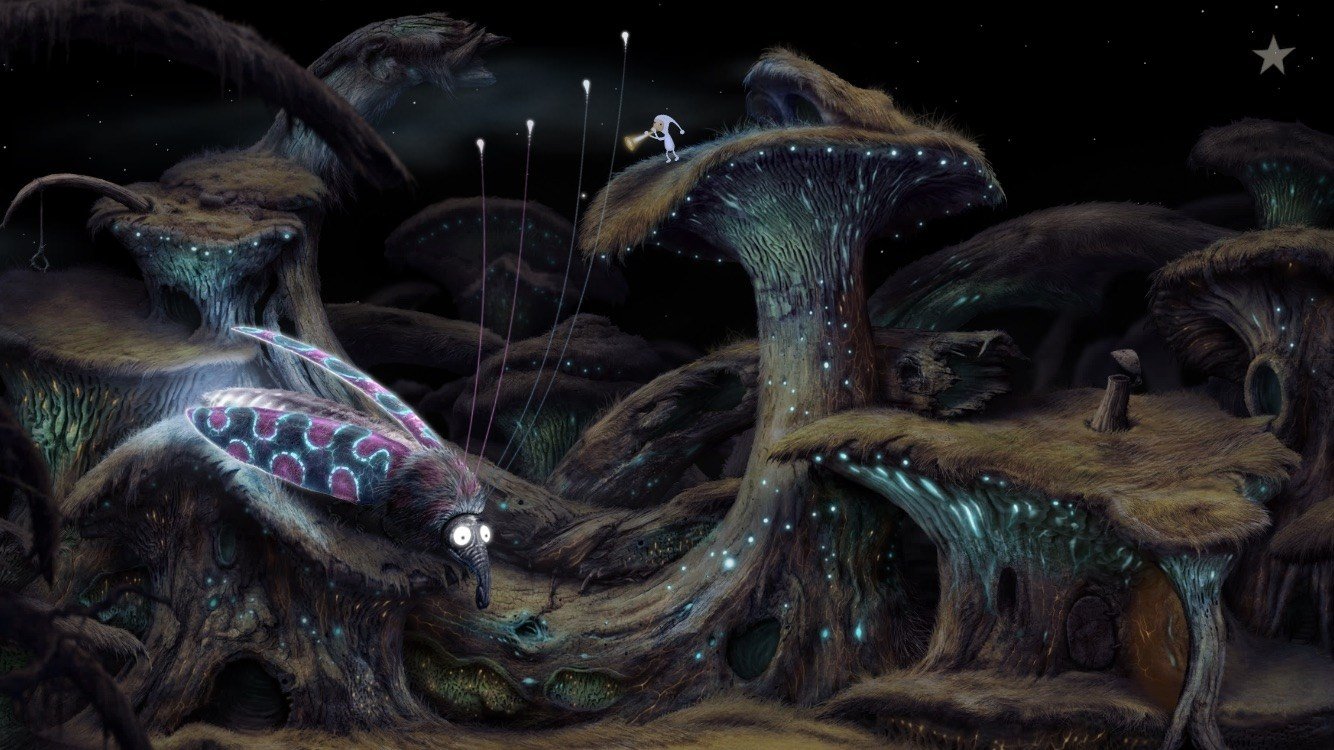 Several of the puzzles you’ll encounter can be a bit too obtuse, however, and will likely require making use of the built-in hint system. Another problem is that it can be tough to tell what’s a necessary puzzle element and what’s meant to be cute background fluff. This could be due to the lack of a cursor on mobile devices – and thus no immediate visual indication of what can be interacted with – but regardless, it’s a little disappointing. None of this is enough to ruin the adventure, though.

And what an adventure it is! The visual splendor of the series is as amazing as it’s ever been, with some of the most beautiful and surreal landscapes and characters I’ve ever seen in a video game, let along a point-and-click adventure. The different worlds look incredibly distinct, character designs are fantastical, and everything blends together impeccably. Traveling to and exploring all the different worlds in that little onion ship is just plain wonderful. 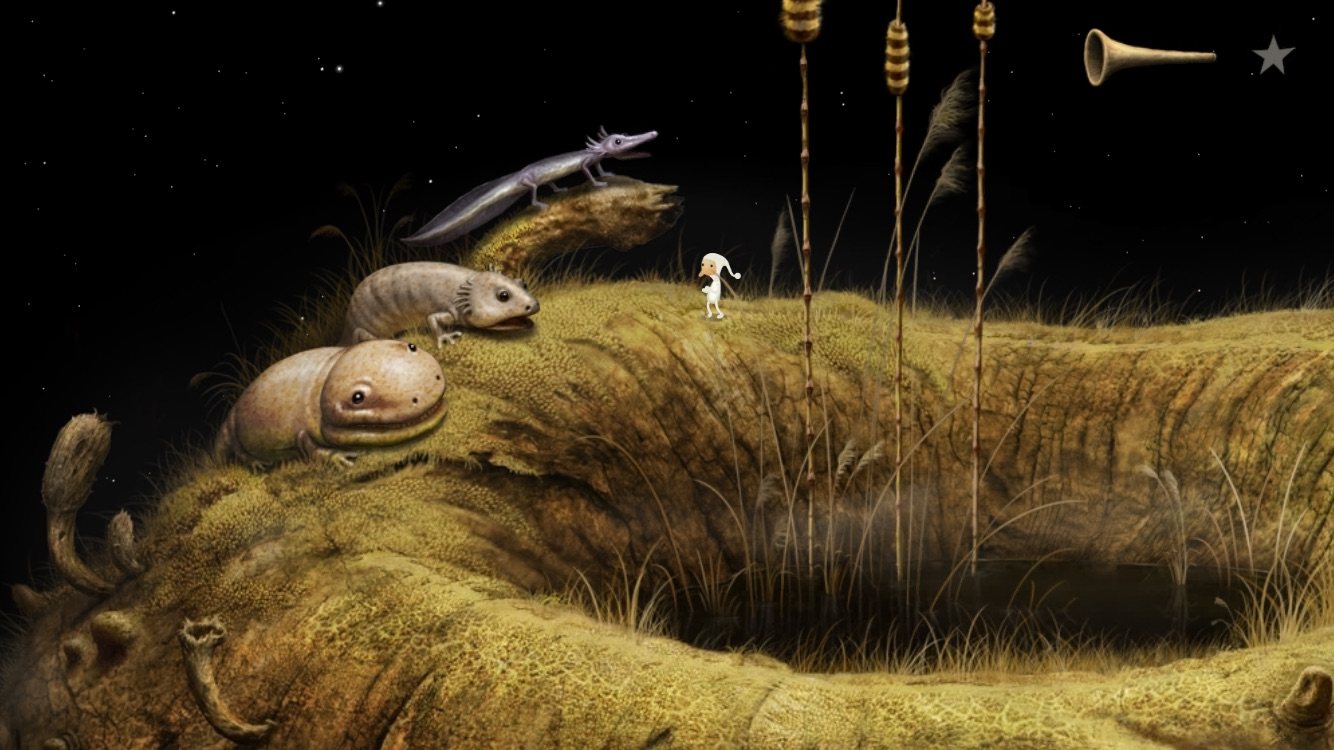 All of the music is incredible, too. I’d even go as far as to say the soundtrack surpasses the one from Machinarium, which is no mean feat. The beat-boxing lizard trio was a particularly notable high point.

Any and all point-and-click fans need to check out Samorost 3. It’s a great game, and it’s super pretty to look at and listen to. Even if you’re not a fan of the genre, you should check it out — if only because it’s such an absolute treat for the senses.